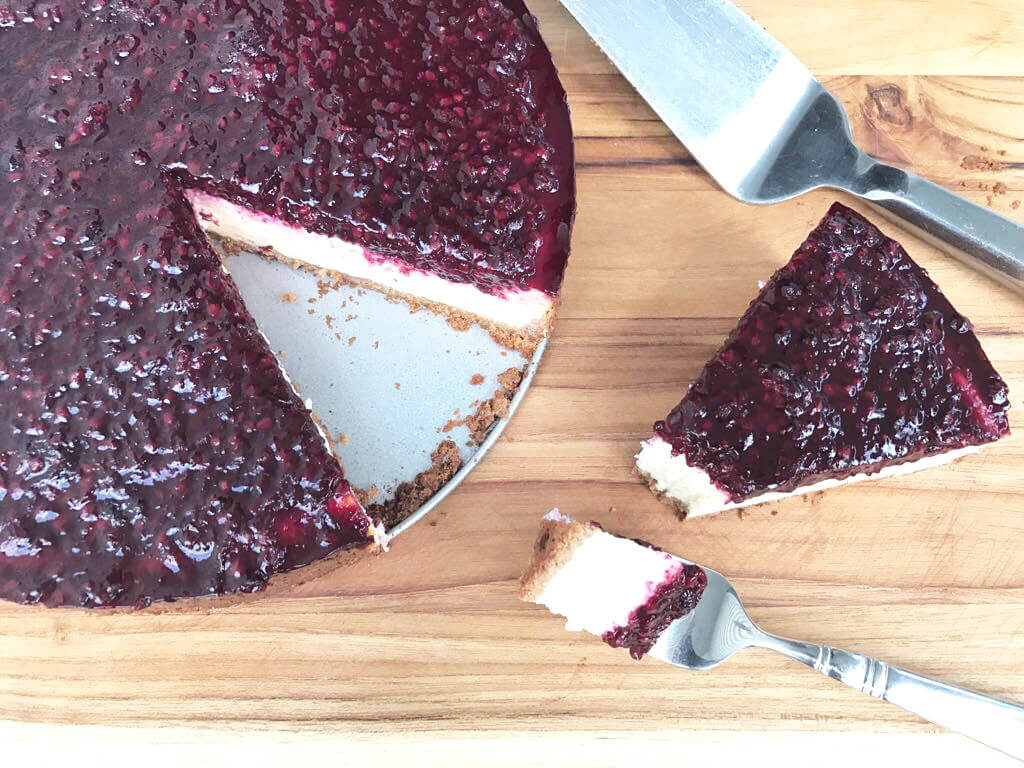 Pay de Queso con Zarzamora
10 to 12 servings
Course: Dessert
Cuisine: American, Mexican
Keyword: blackberry, cheesecake, graham cracker
Prep Time: 15 minutes
Cook Time: 1 hour
One of my favorite things to do with blackberries is to use them as a topping for cheesecake. Blackberry cheesecake is definitely a thing Mexican kitchens have been doing for a while. Yes, we have chocolate cheesecake, cajeta cheesecake, strawberry cheesecake… but what is considered the traditional topping in Valle de Bravo is a kind of blackberry jam.