Right after savagely taking a bite into a fresh ear of corn, right in front of the cashier at the Farmers Market, I felt compelled to explain that its raw, sweet, flavor reminds me of the Corn and Cream ice cream from the Chiandoni heladerí­a in Mexico City. A staple from my childhood days.

With a bit of nostalgia washing over me and in the mood of snapping that last piece of summer from this year, I brought back a full basket of corn. I would make one last batch of summer flavored ice cream, just as the stores begin to sell Halloween decorations, shockingly early, if you ask me.

So I called Chiandoni. To see if they would share their recipe. Also to talk about those outrageous flavors that I so crave… 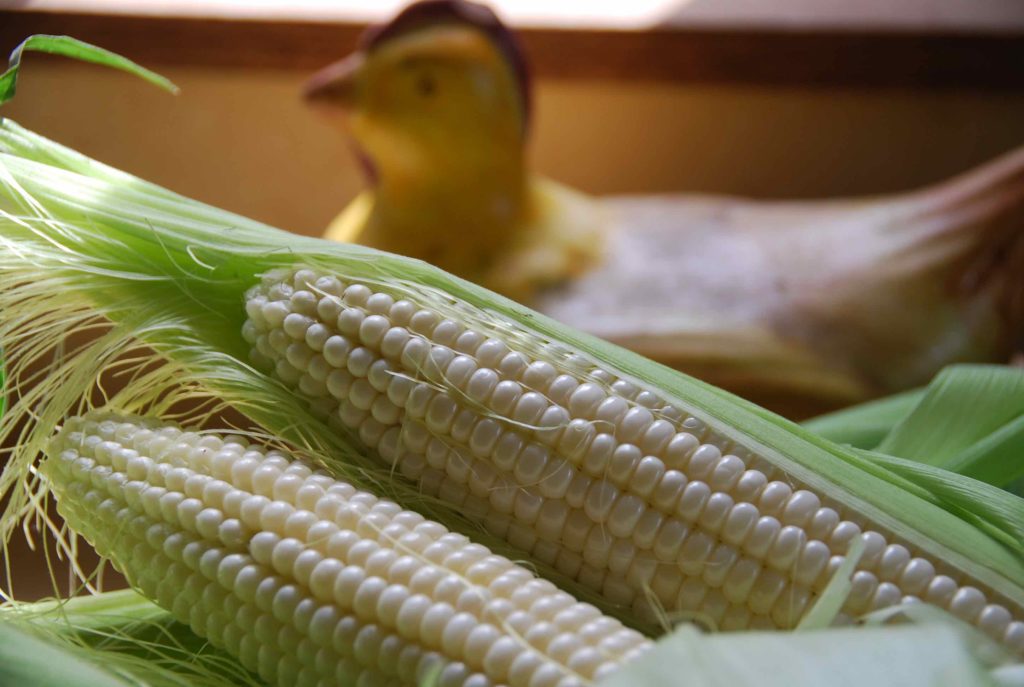 Of course, the exotic and colorful variety of ice cream flavors at Chiandoni is not unique in Mexico. There are many heladerí­as and paleterí­as that have just as wide a variety… 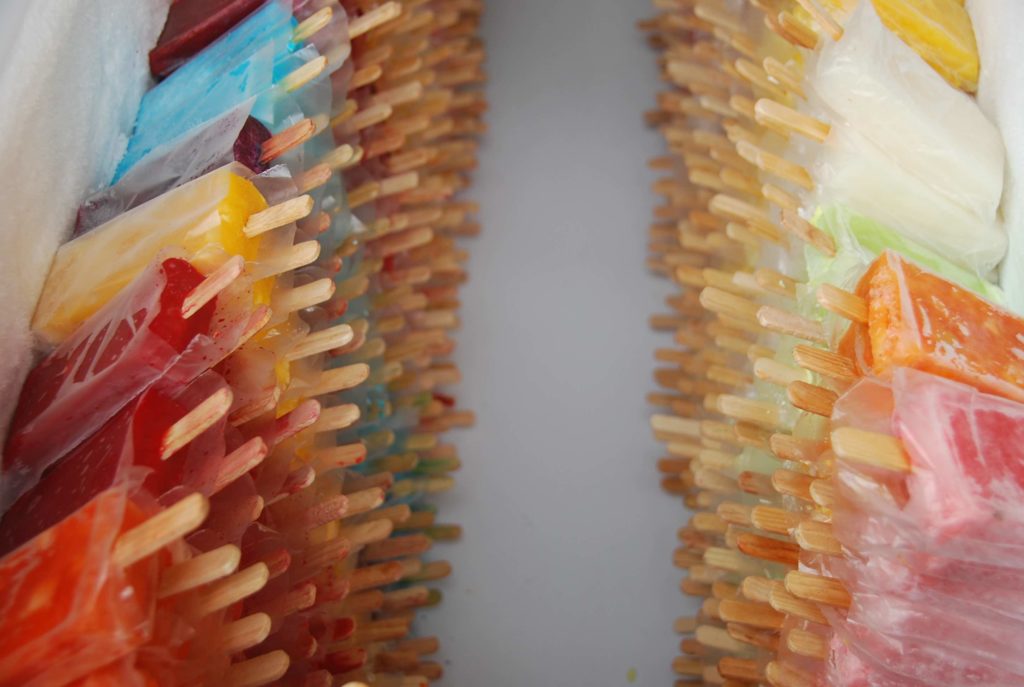 Like this smaller chain from Valle de Bravo called La Flor de Valle, pictured below. Aside from Zapote, Mamey, Cajeta, Mantecado, Nata and Chongos Zamoranos they have a delicious version of Arroz con Leche. Or the much bigger chain of La Michoacana, famous for its creativity. 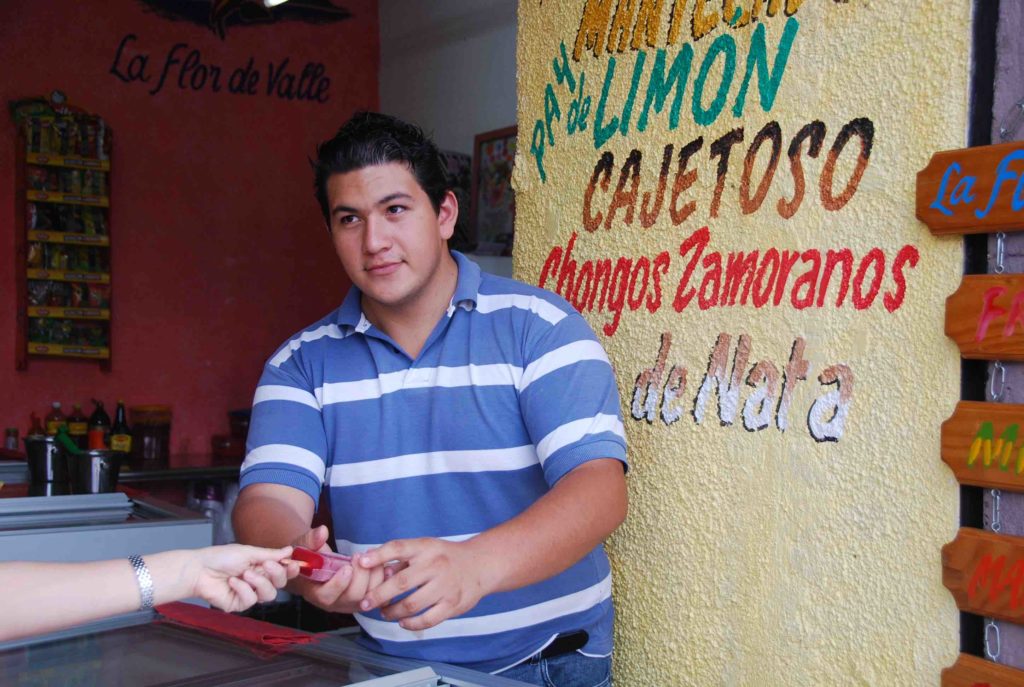 But the Corn and Cream ice cream from Chiandoni, in my memories, had no match. An ice cream shop opened in 1939 by a 14 year old young Italian immigrant from Udine, called Pietro Chiandoni, it began to combine the artistry of Italian ice cream making with wild Mexican ingredients.

Carmen Montaño, who now runs the second Chaindoni of Mexico City, and who has worked there for 40 years, told me that Corn and Cream ice cream, is the most popular from their 30 flavors. And it has nothing more than corn, whole milk, cream and sugar. However, they have always paid a close attention to detail: ingredients matter, but, the process too.

See? Look at the corn. You can see why I needed to take a bite… 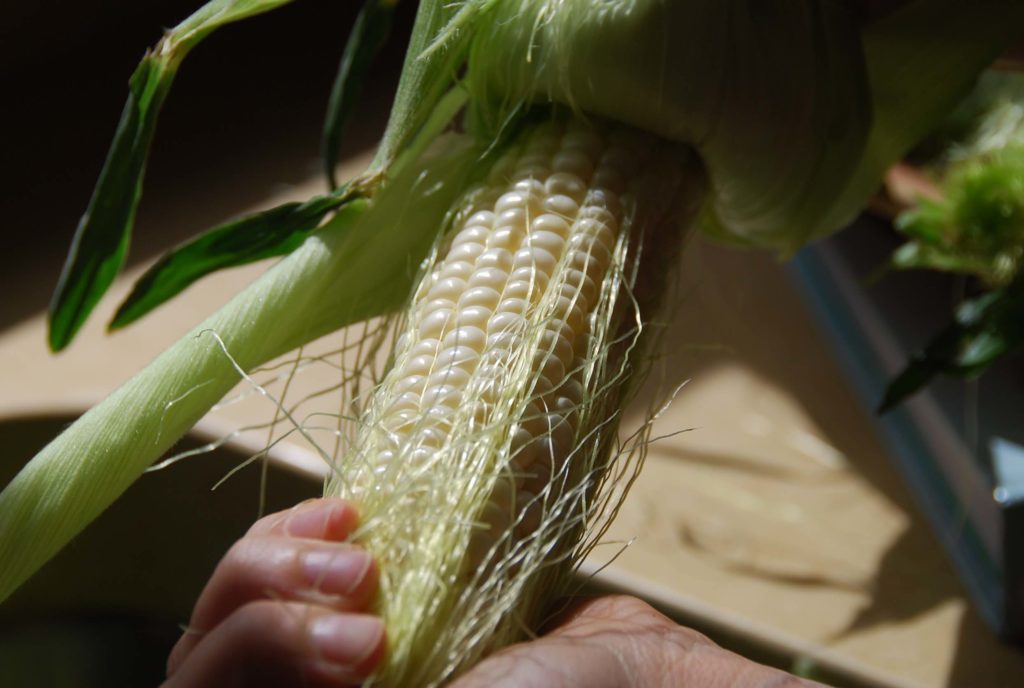 As I was re-testing the Chiandoni recipe, Fany Gerson, a pastry chef born and raised in Mexico City who just came out with an absolutely gorgeous Mexican desserts book, My Sweet Mexico, told me she has a recipe for corn ice cream in there too…

As she says, “The culinary diversity of corn is manifested in the incredible array of preparations. It’s mostly associated and used in savory ways but has sneaked its way into various sweet ones and corn ice cream is absolutely one of the best.” 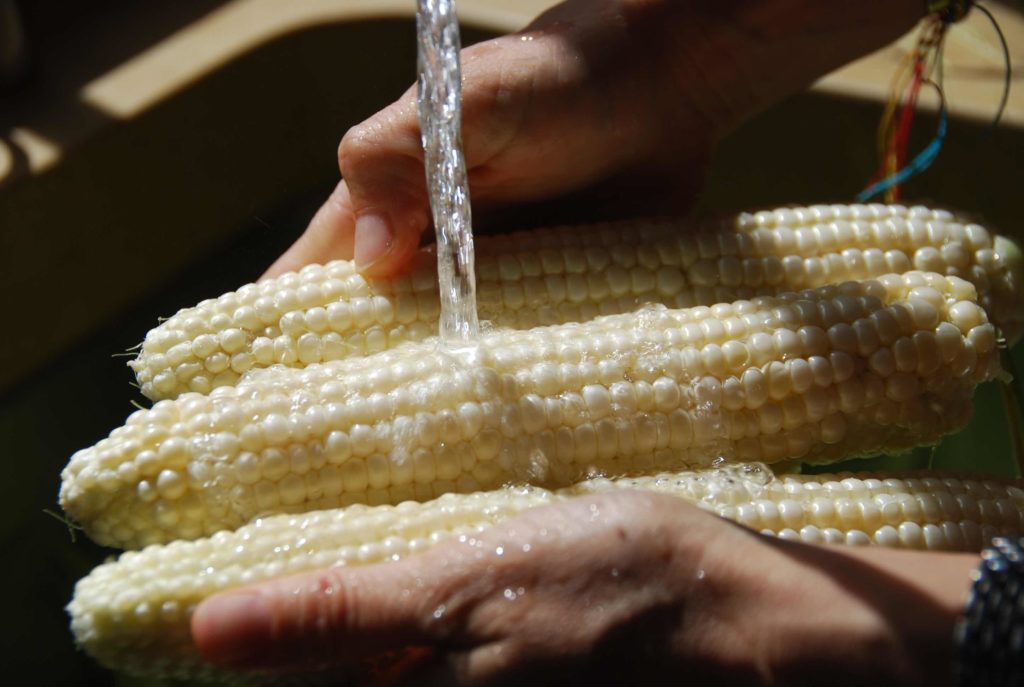 Fany, different from Chiandoni’s take, aside from adding milk, cream… 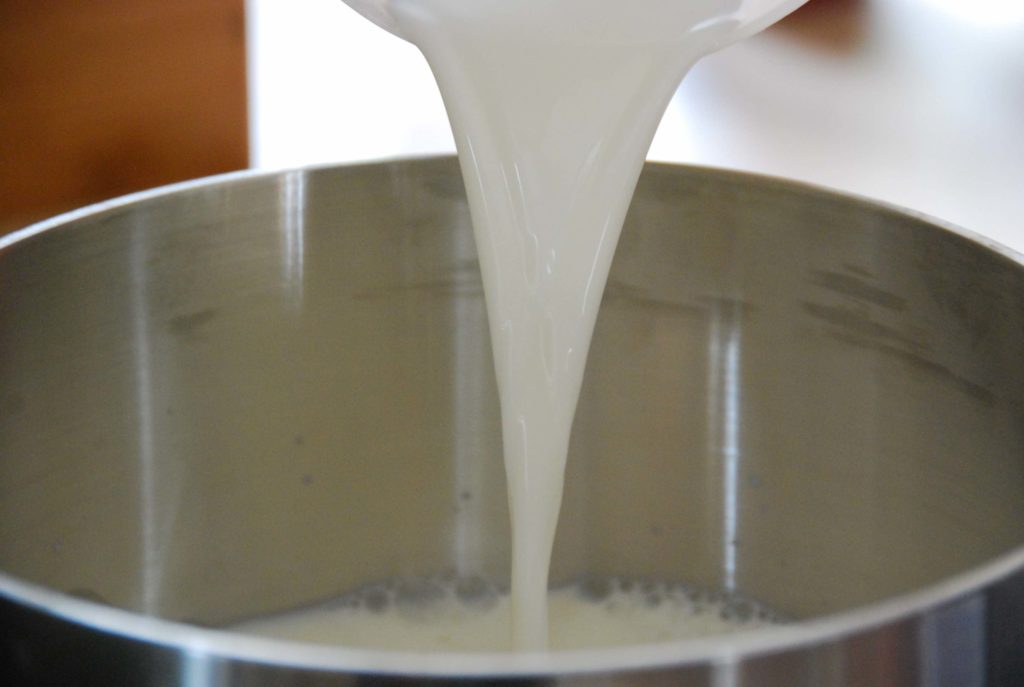 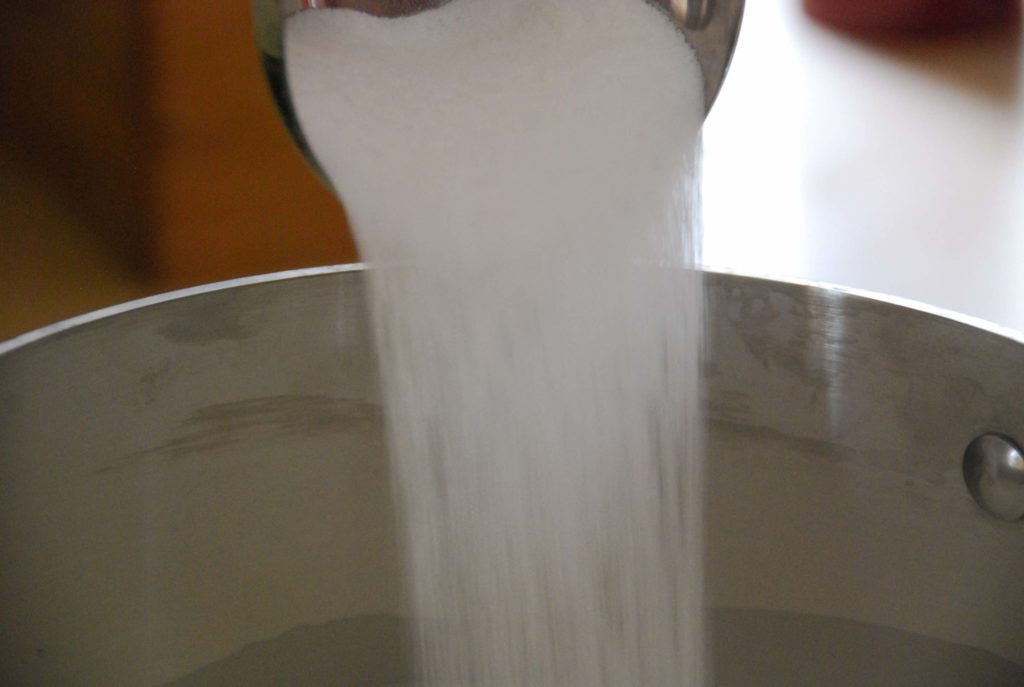 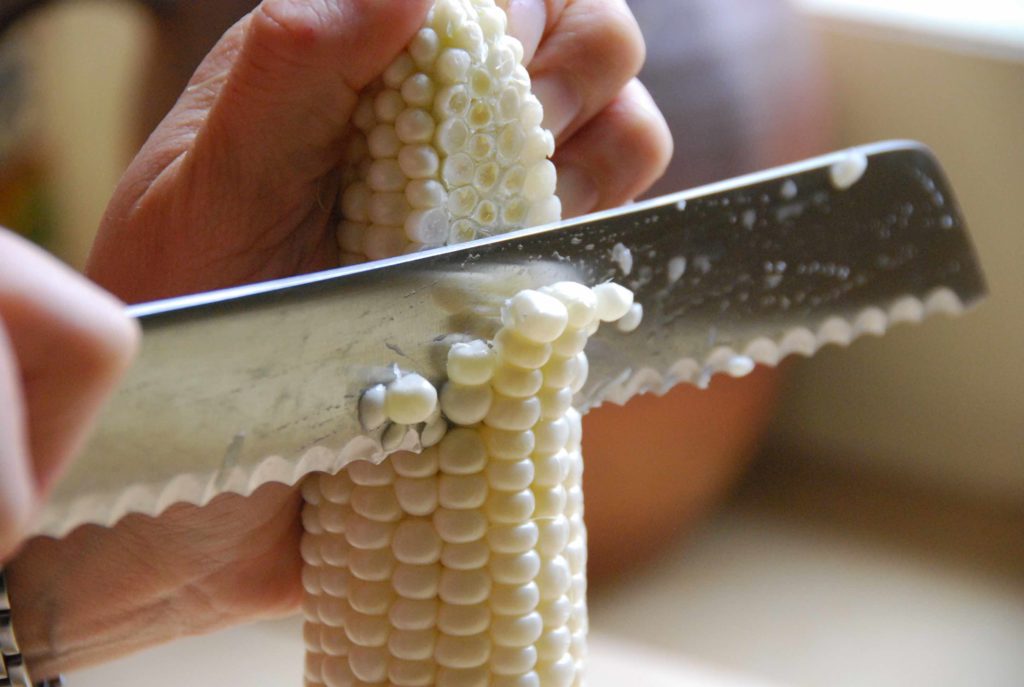 …adds egg yolks in there too. In her view, that custardy base enhances the creaminess of the corn. 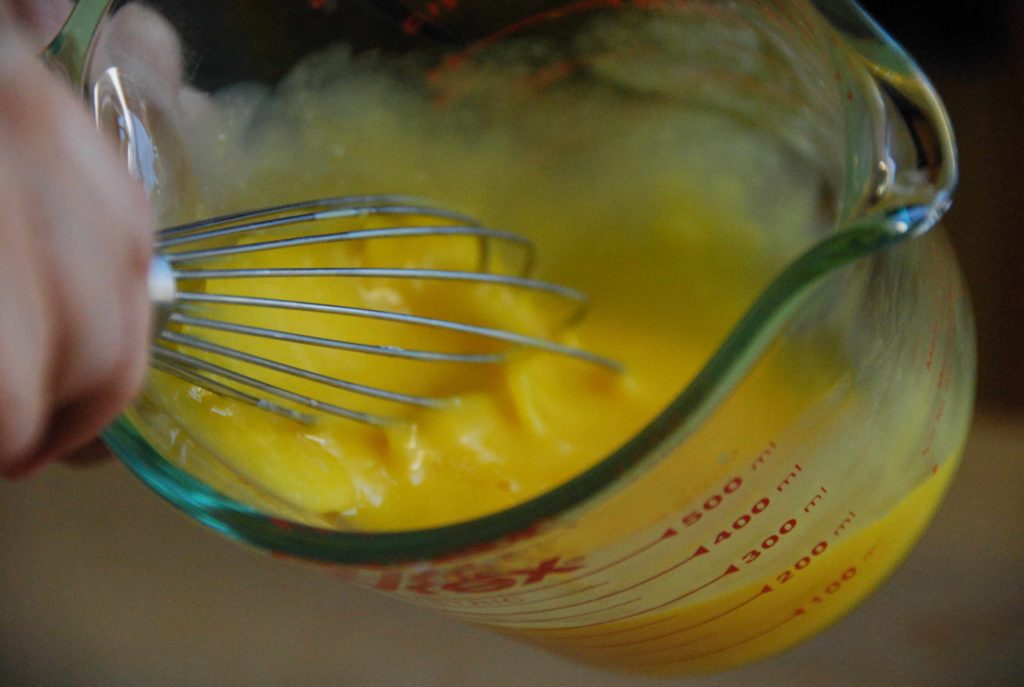 It is an extra step, but it is completely worth it.

You just have to make sure that the eggs don’t curdle, by whisking some of the simmering milk mixture into the yolks and tempering them… 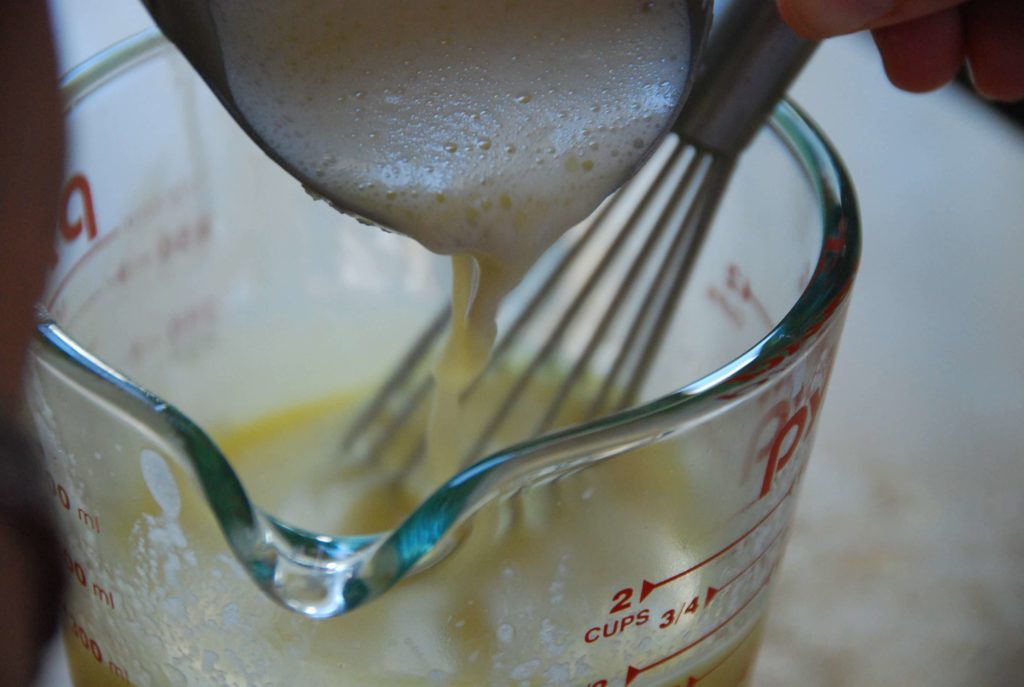 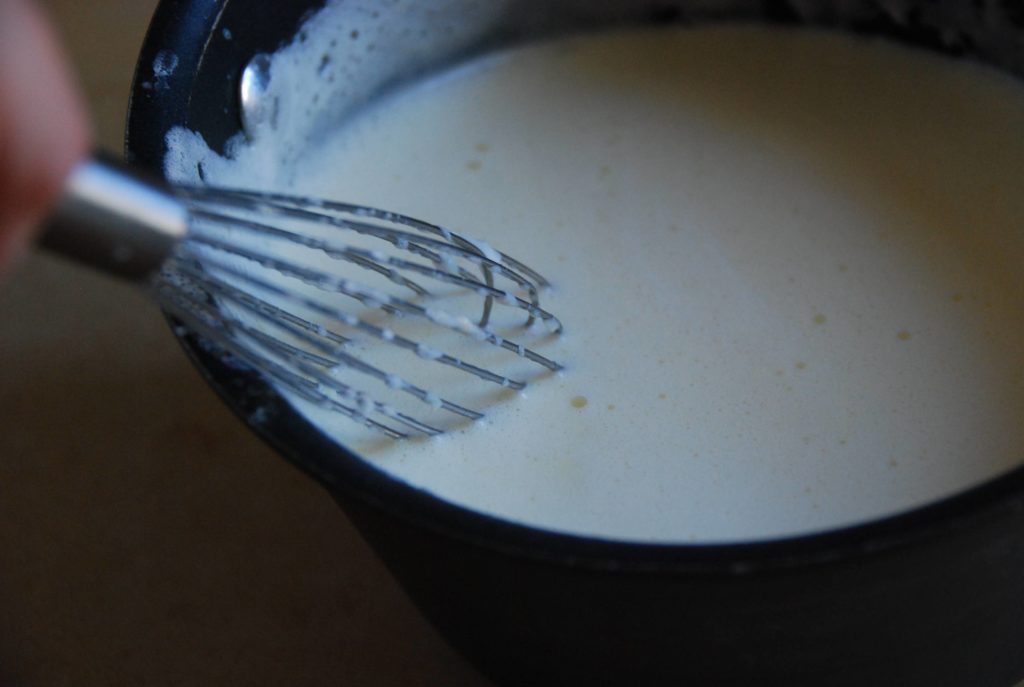 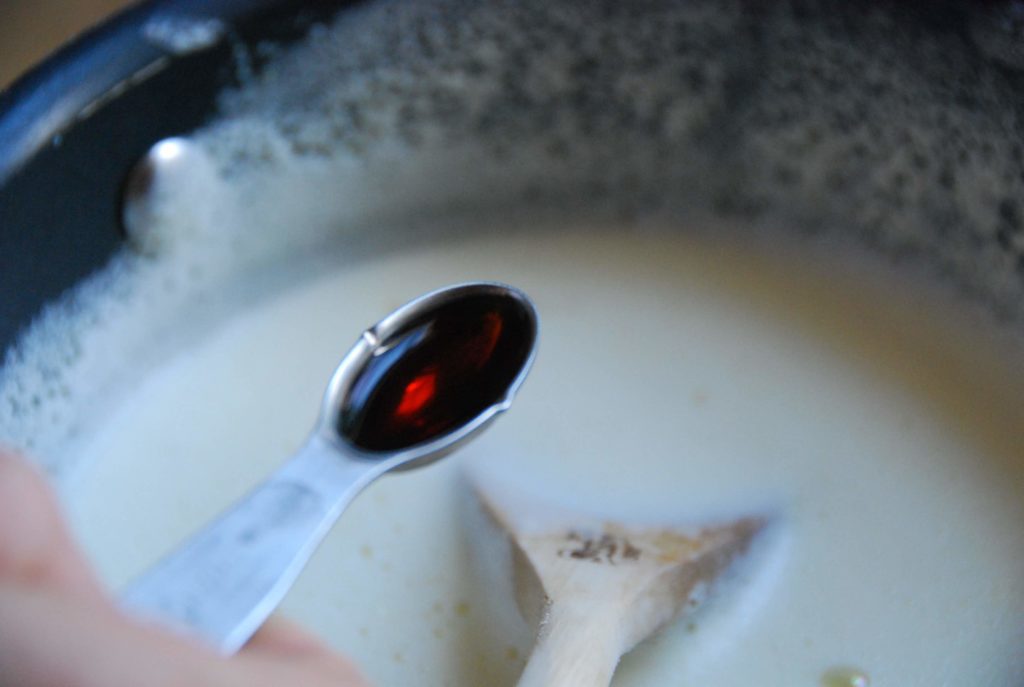 Leaving some corn kernels out of the blender, gives the ice cream a welcoming crunch and texture. 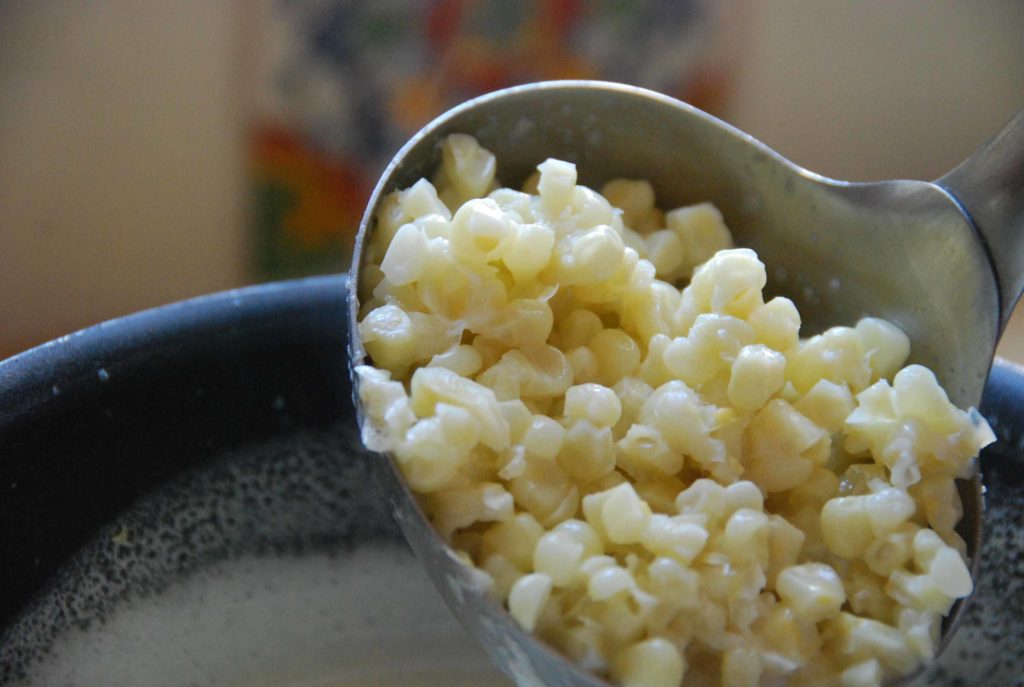 In the end, the ice cream has a rich feel.

It reminds me of the cookie dough ice cream that you find here in the US. But with a twist. Imagine something along the lines of sweet corn bread dough, and turn it into ice cream… 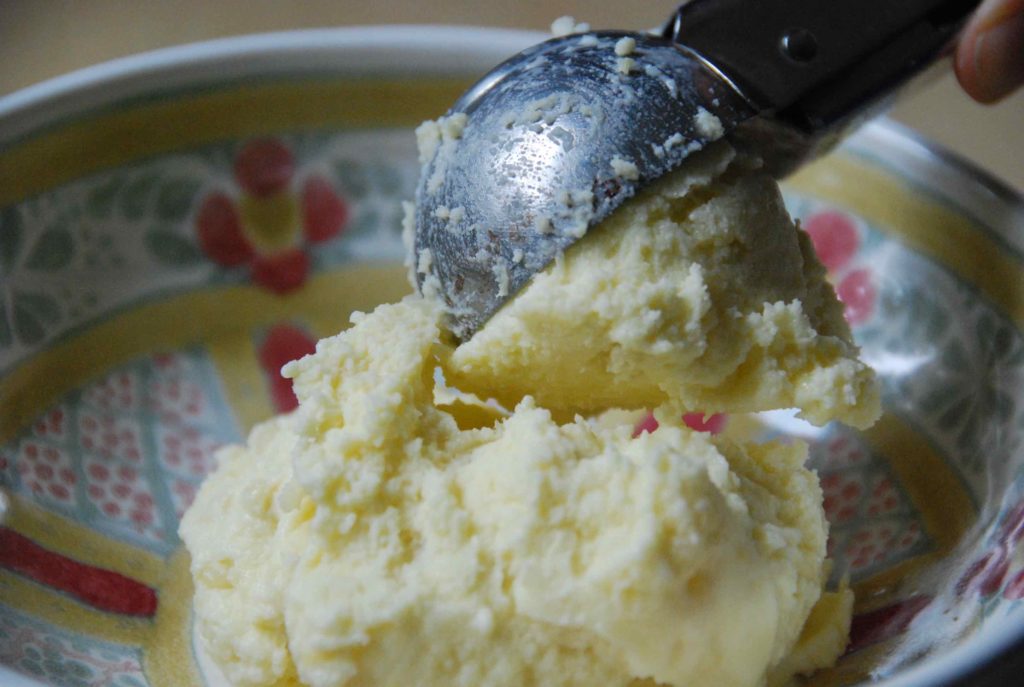 Luckily for New Yorkers, Fany started a popsicle business, La Newyorkina. Which hopefully will expand to ice cream making and a sibling in DC too…

But while that happens, you can run to the Farmers’ Market stand before they close for the Summer, to grab those remaining pieces of summer corn, and make this ice cream at home.

It’ will help you to transition smoothly and sweetly from Summer to Fall.

P.S. For the ice cream in the photo, I adapted Fany’s recipe. I reduced the number of egg yolks, skipped the straining of the puree of the mixture as I love it with a more rustic feel, and didn’t simmer the cobs (my monsters love to make sculptures with those…).

13 comments on “Outrageous But Necessary: Corn and Cream Ice Cream”