In Mexico, and many parts of the world, roasted turkey is mainly served during the holiday season. Imagine a place where shaved slices of juicy roasted turkey are served on a soft telera smothered with avocado and spicy rajas. This place exists, it’s located in the heart of downtown Mexico City and, here, you can devour a turkey torta during any month of the year.

El Rey del Pavo has been in business for over a century. It was founded in 1910 by Ramón Avellana, a Spanish man from Gironella, a small town just North of Barcelona. Ramón moved to Mexico in 1906 and brought with him homey recipes, which are still used in the kitchen, and the idea of charcoal roasting the turkeys. The first location was at Palma Street #19. After moving locations twice, Ramón’s nephew, Carlos Moreno, is in charge of the restaurant’s new location, just a couple blocks down, at Palma Street #32 in Mexico City’s historic center. 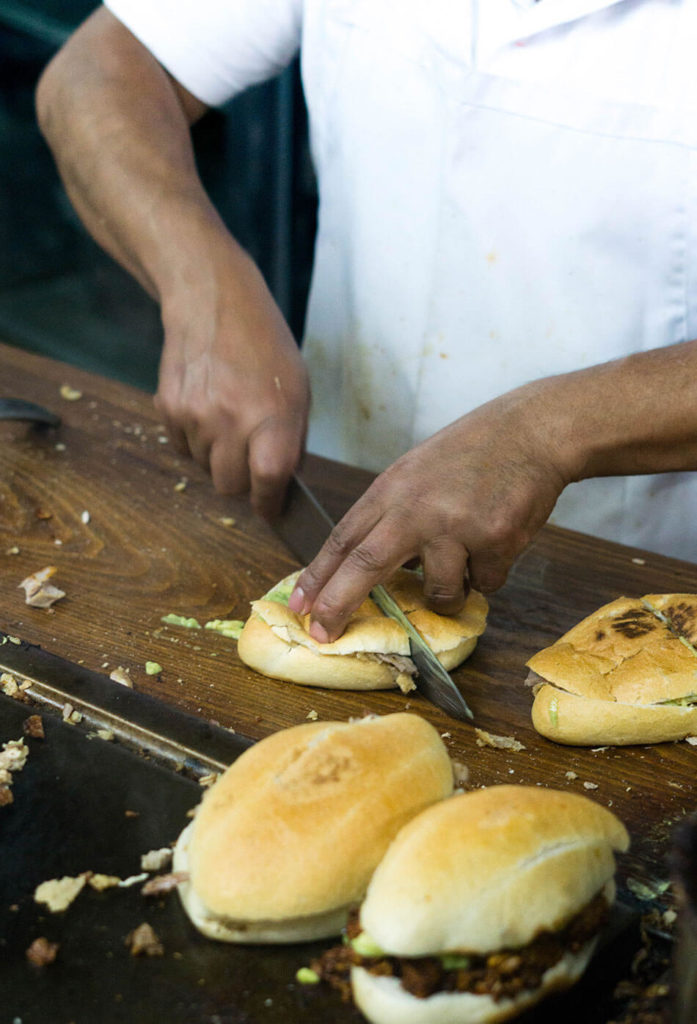 Walking in you’ll see an open kitchen and lined up are the torteros and taqueros making turkey tortas and tacos by the dozen. There are lots of options here ranging from turkey breast in adobo, thigh, and turkey chicharrón. The restaurant is simple, lots of wooden tables with blue leather chairs that make for a diner-like feel. Most of the people who go in for a bite have been visiting the place for years and bring different generations of the family to try it.

Each time I visit, I’ll start off with a taco and end with a torta, accompanied by a hot bowl of turkey broth to dip. It’s hard to leave this place without a takeout bag to enjoy for dinner. 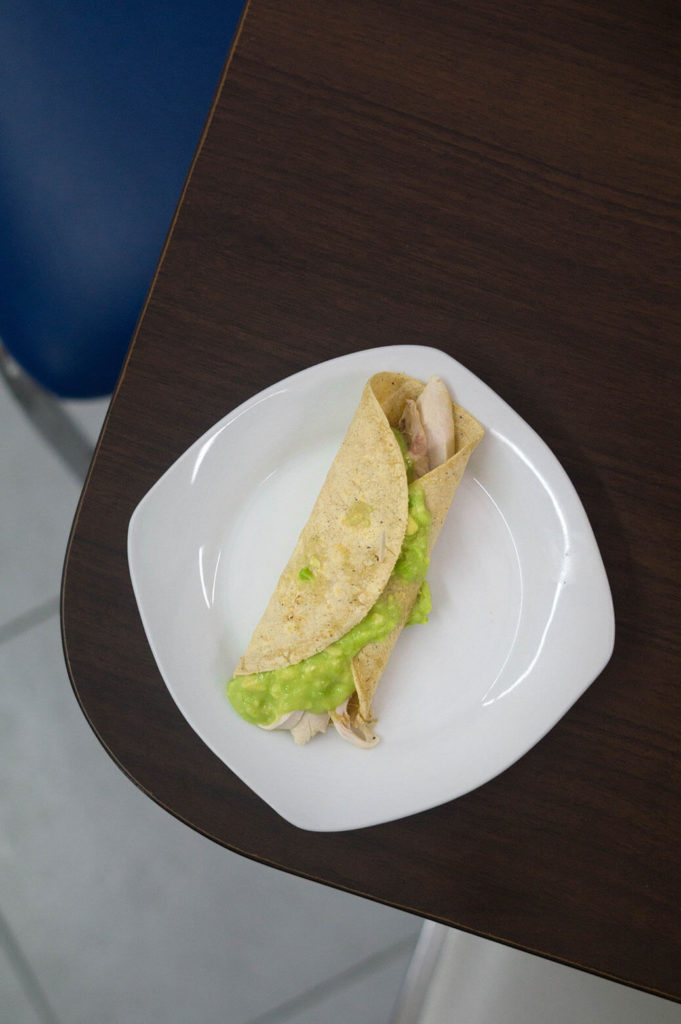