I can finish a normal sized Concha, 4 to 5″ round, in exactly four bites. If it has been a long time since I had one or if I am very hungry, maybe three bites. Ok, I admit it, sometimes two bites. But never one.

Conchas are named after the shape of their sugar topping, which resembles a seashell. Conchas do have a hardened crust, but it is sugary, thick, crispy and crumbles right into your mouth as you take a bite. Right after you brake through that crust, there is a fluffy, soft, sweet roll made with flour, butter, yeast and eggs.  With such a pleasing experience, no wonder it is one of Mexico’s most favorite sweet rolls or pan dulce.

I have seen some in bakery shops around DC, but they just don’t taste like the ones we love at home. So on our most recent trip to Valle de Bravo in Mexico, I ventured with my boys, and many of their cousins and aunts, into a panaderí­a, or bread shop. They make such incredible conchas, it makes me wish I had a bigger mouth  to eat them each in a single bite.

This panaderí­a, named Santa Marí­a, like most in Mexico, has 2 daily shifts for making fresh breads of all sorts. On the second shift of a Monday afternoon, Mrs. Agustina López, who runs the bakery, saw my little battalion and announced that they give baking classes to little cooks.

As the kids got a very hands-on class from her son Félix, master baker there, I soaked up all their secret ingredients and techniques, which they were very happy to share. 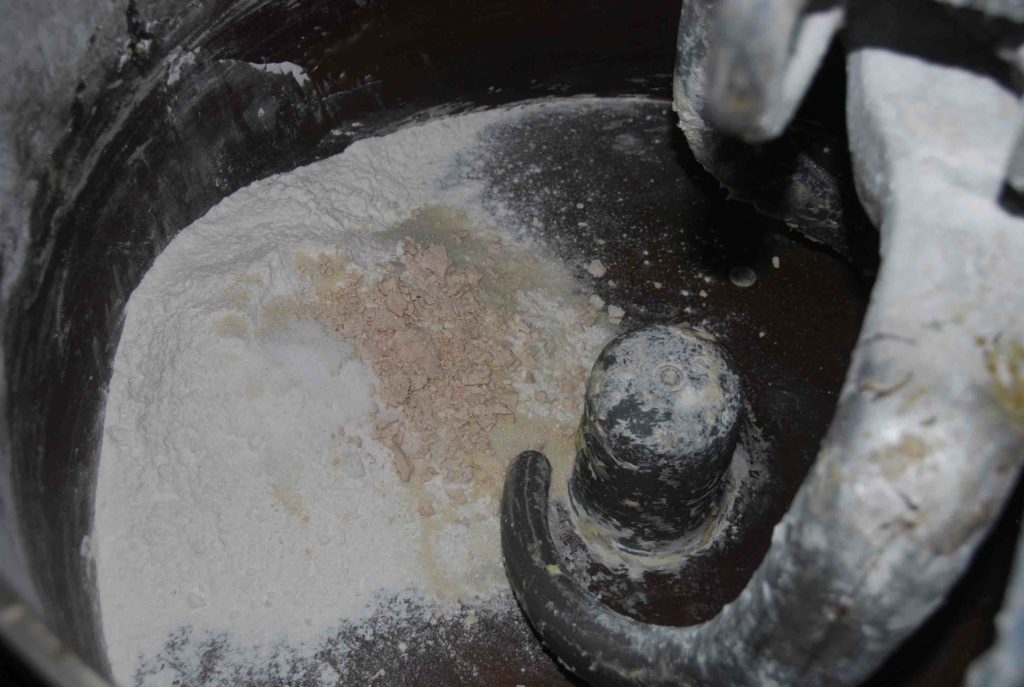 First of all, they have a beautifully aged and seasoned giant mixer. The kids took turns throwing (yeah, throwing) the flour, salt, yeast, water… 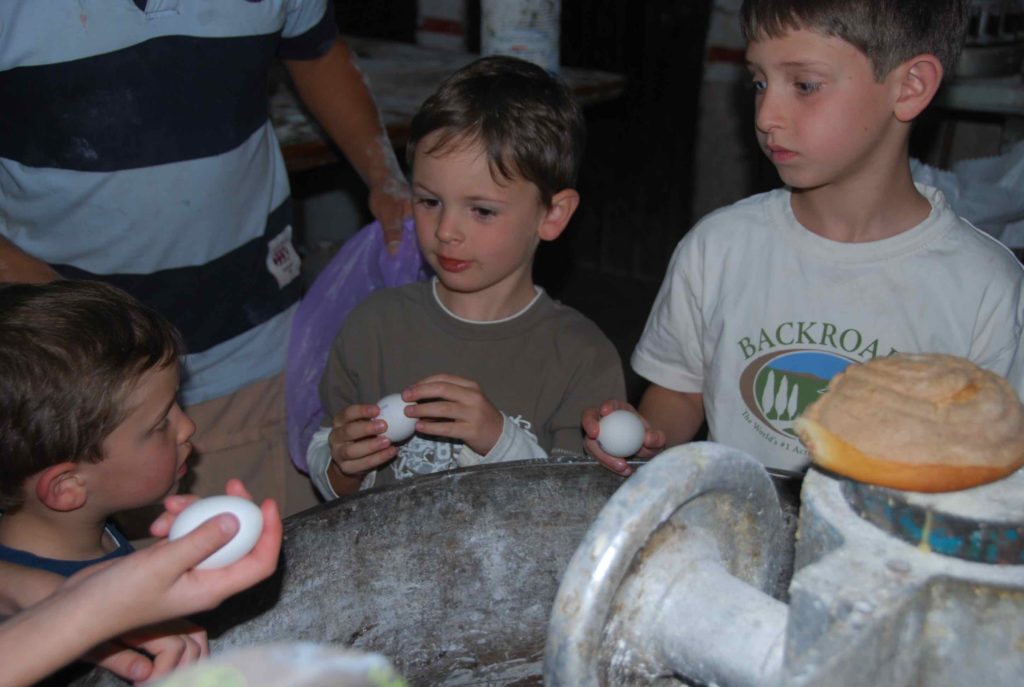 They were attempting to also throw the eggs into the mixer. See? I had to put my camera down to convince them that really, those eggs needed to be cracked first, though it seemed more fun to throw them all in. Just like that. 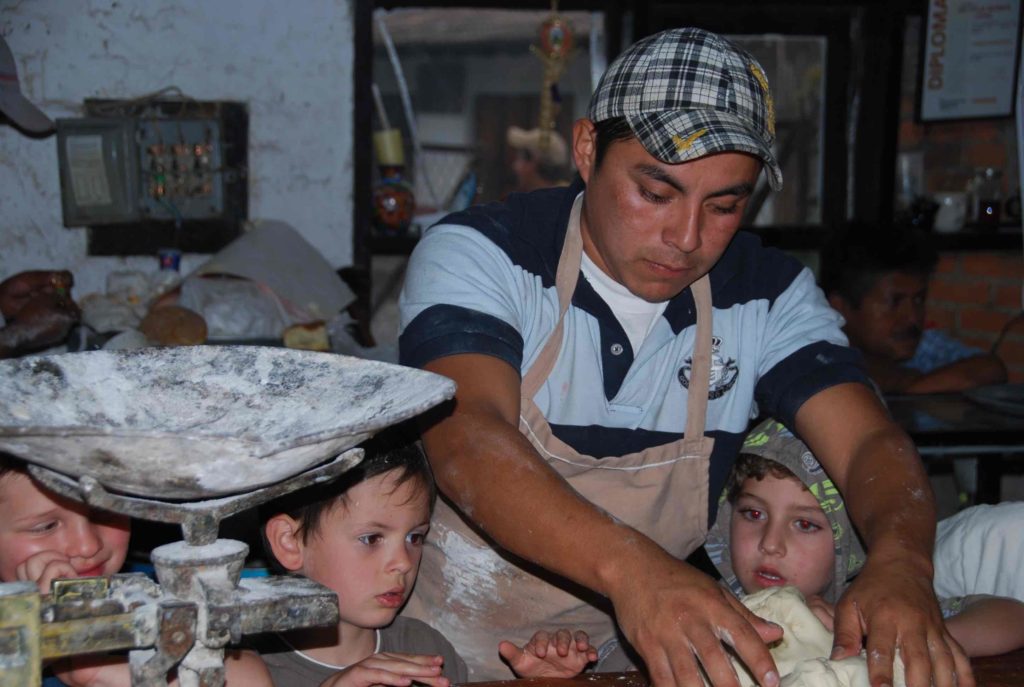 Félix showed them what that dough felt like. Then he left it to rise, and took it to another giant piece of equipment: a batter cutter.

Juju seemed to not believe his luck with those beautiful pre-cut pieces of dough… All the possibilities! 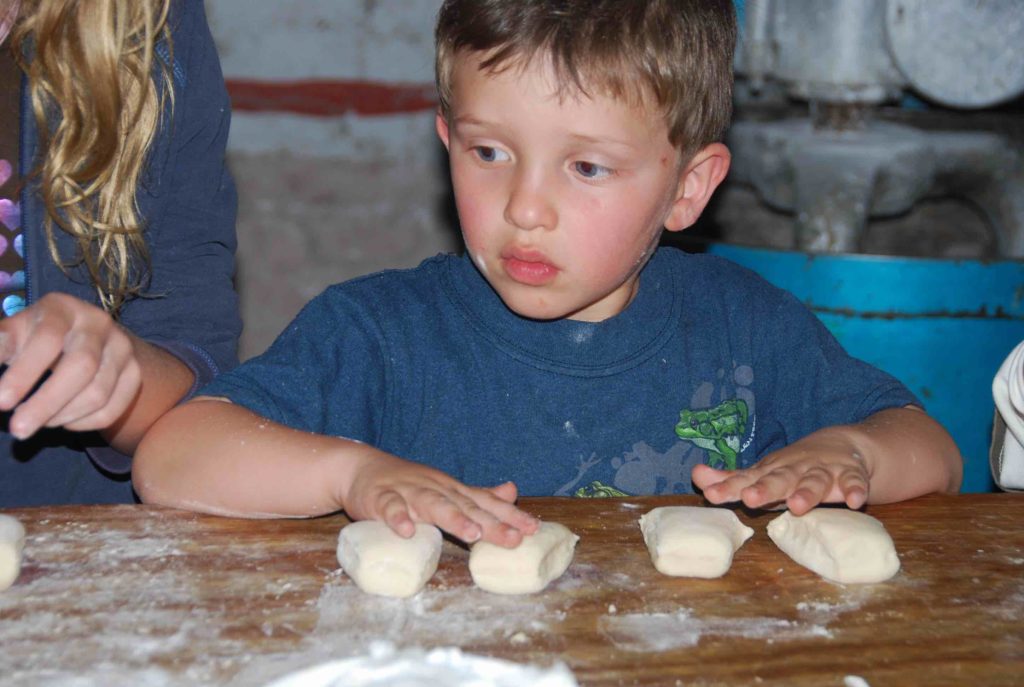 After the kids shaped them into thick, flattened rounds, Félix demonstrated how to make the sugar cover. 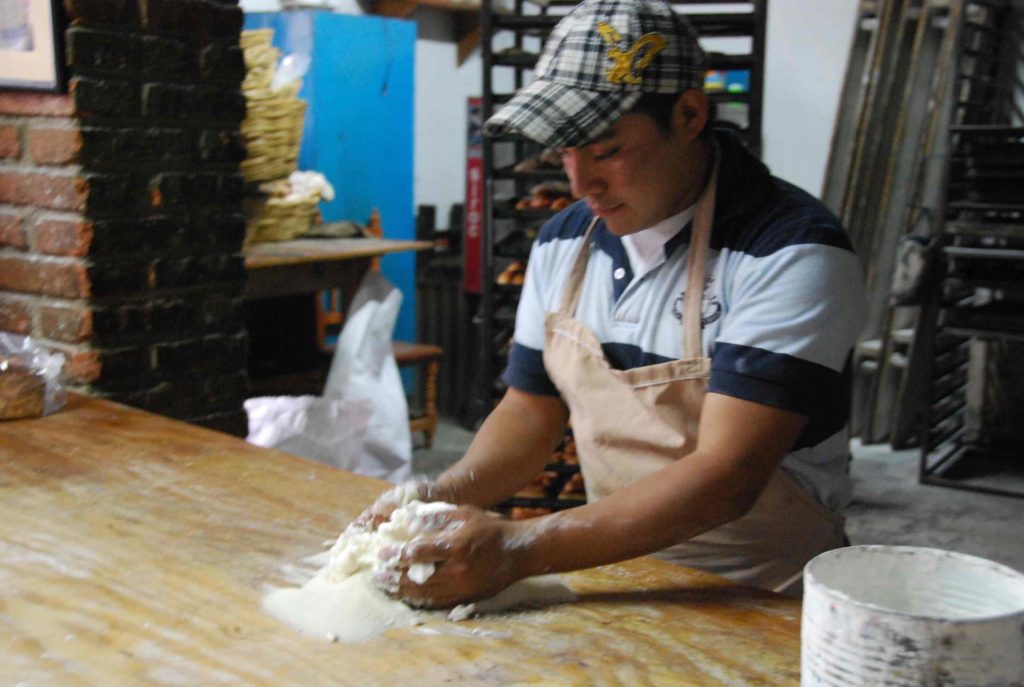 Which was even more fun to make, because all you do is mix together flour, confectioners sugar and a heaven-full of butter with your hands until soft. 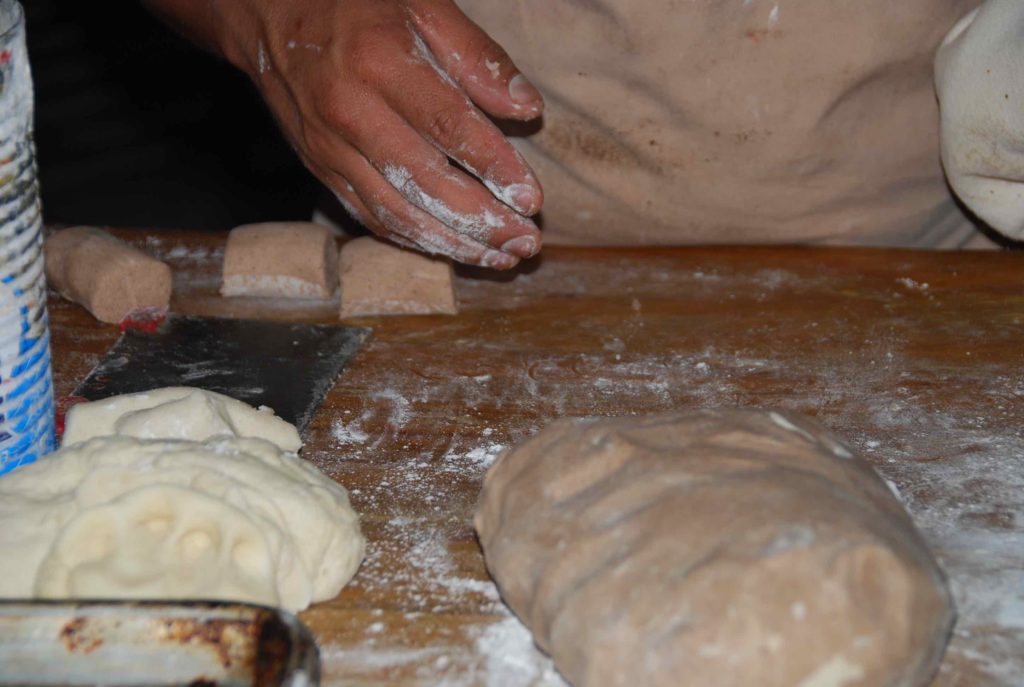 Half that sugar cover is mixed with cocoa powder, because some people prefer their conchas chocolatey… Or some little cooks like to throw in something else to get even more messy… 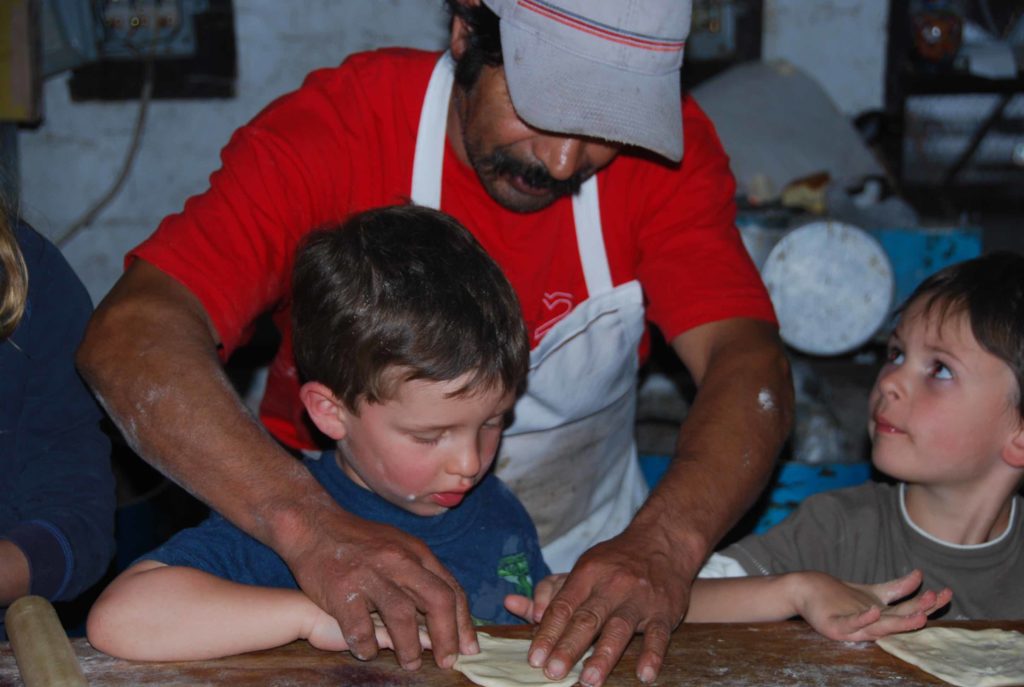 The kids were concentrated on making that sugar cover just about right before layering it on the concha dough flattened balls… Félix’s bakery assistant was so kind and patient with the kids. 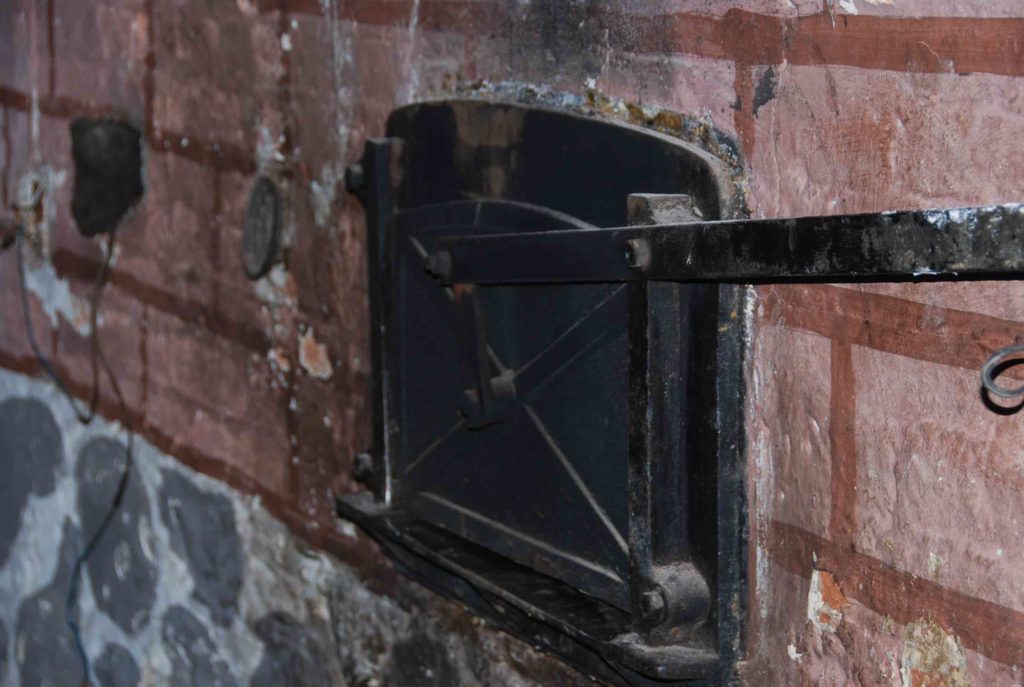 Now that is one charming looking oven. The moment I saw it, I imagined how just about anything baked in there has to taste so yummy… 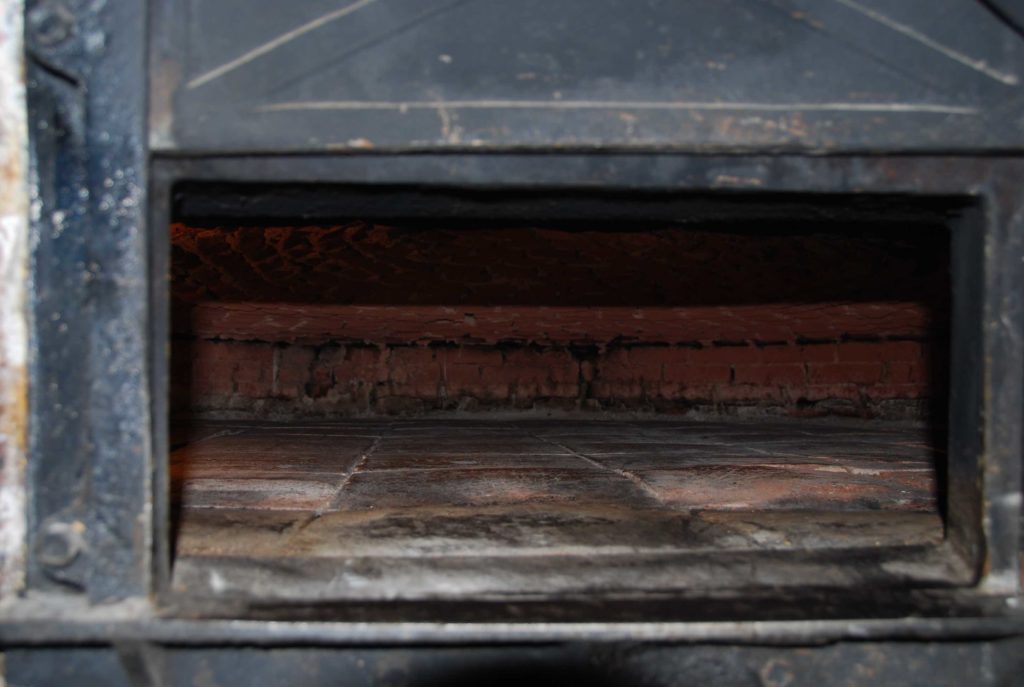 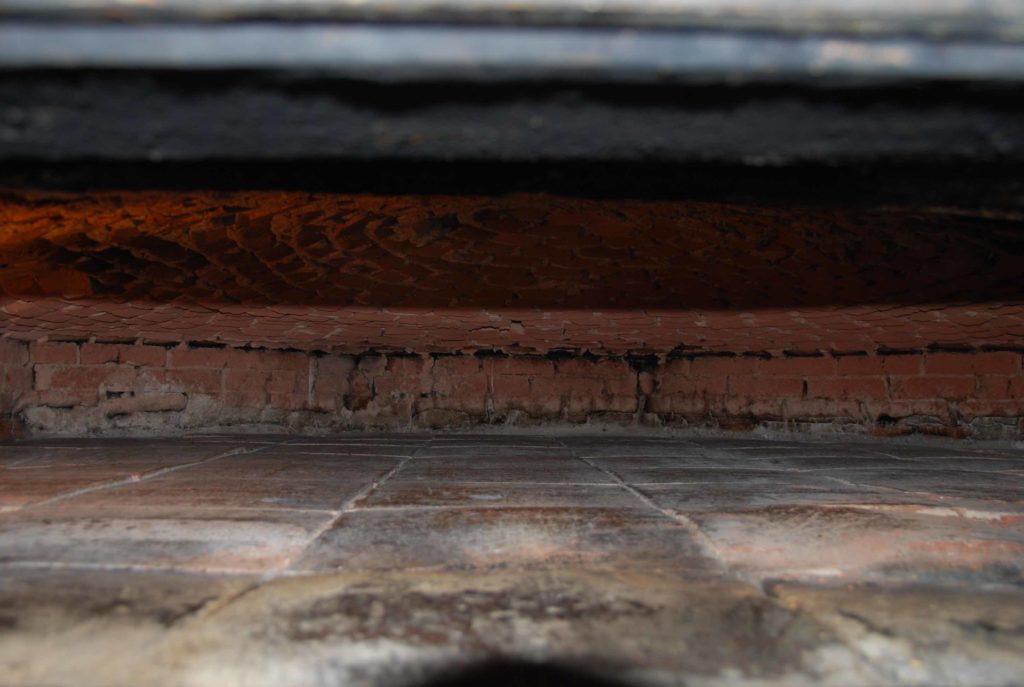 And some whole milk on the side.

For the sugar topping:

Conchas Francisco Migoya’s Conchas recipe from Pati’s Mexican Table Season 10, Episode 7 “Getting to the Roots” For the dough:½…