When I think about my mother, I think about her fava bean soup (fine, and a couple other things too…). That’s how strong an impact that soup has had on me.

But not many people are wild about favas, habas in Spanish. Different from pasta or potatoes, Favas haven’t gone mainstream.

Okay. I can see why.

First, the fact that they come in many forms can be confusing (fresh in their pod, fresh out of the pod, dried with their skin on, or dried and peeled). Also, the ways to cook them in their different forms haven’t been widely publicized. On top of that, favas have a strong flavor that can be overpowering, and to some, hard to bear.

Now, bear with me here. If you know what form of favas to get for which kind of dish, the confusion is almost gone. With the right recipe, the confusion evaporates further and their overpowering flavor is tamed. Thus… beloved cooks, favas become what they must: filling, rich, wholesome and deliciously intense. 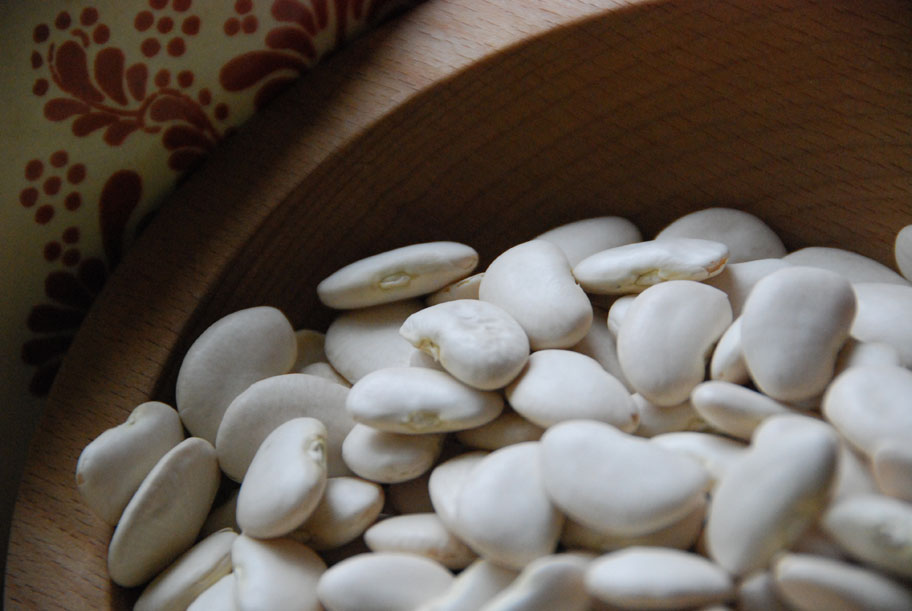 Since we are almost in the middle of winter, and I started talking about my mother’s soup, let’s consider dried favas which can be found year round and store forever in your pantry (fresh ones are found from Spring to Summer).

You can find them with shells on, like these on top. They are pretty, but you need to soak them, cook them and peel them. Quoting my mother: “Ay no Pati, eso de pelar una por una es una monserga” (translates to something like: peeling them one by one is a pain).

If you are looking for a relaxing therapy that will take hours, that’s fine. If you are not, go for the already peeled dried favas, like the ones below. They don’t look as pretty, but have more personality. 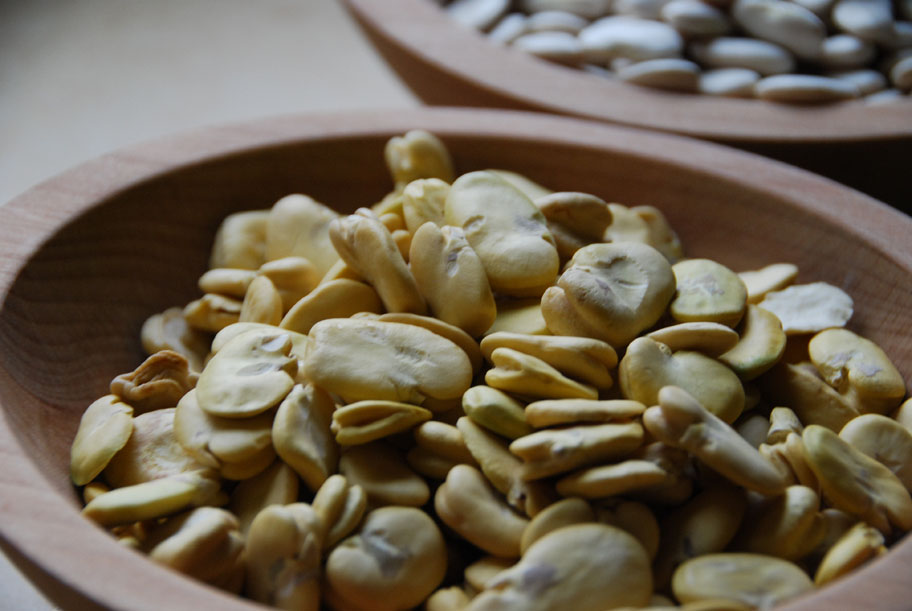 To cook: Soak them in cold water anywhere from 2 to 12 hours. If you forgot to soak them, they will take a bit longer to cook, that’s all. 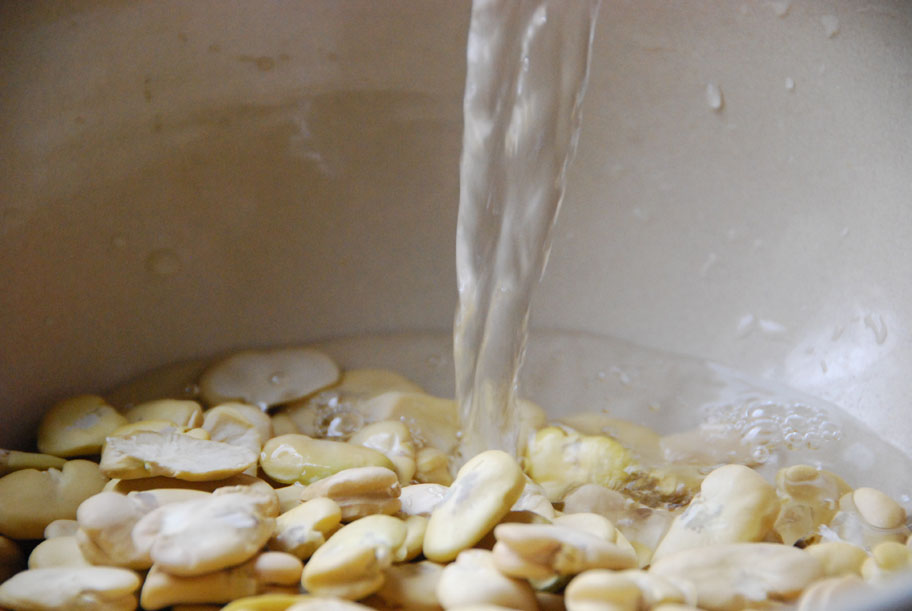 Now, drain them and place them in a pot with chicken broth and let them simmer, with the cover ajar, for about 50 to 55 minutes. They will be soft, thoroughly cooked and coming apart. That’s what you want. 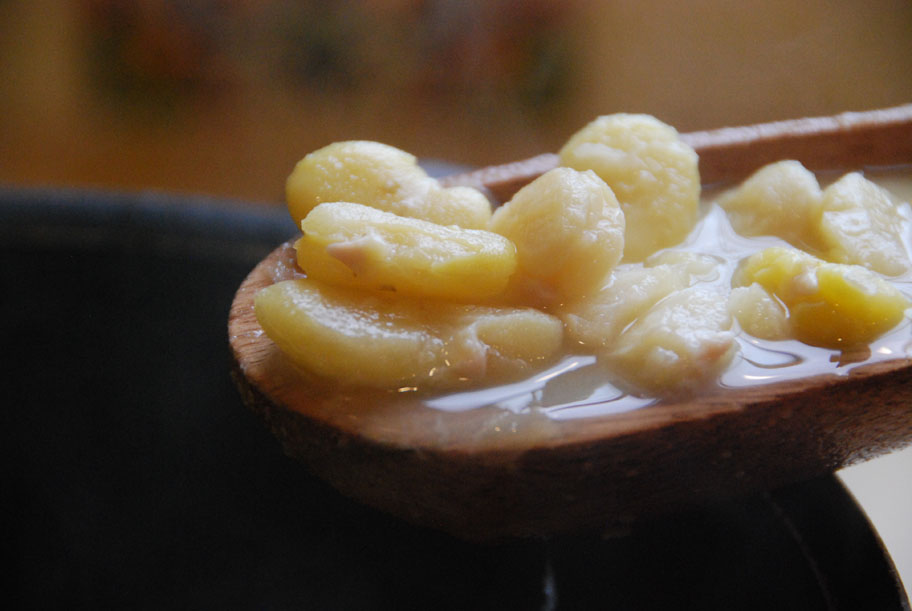 I prefer a more smooth version of the soup because:
a) It lets me trick my monsters into eating the beans.
b) It looks more fancy if I want to serve it to guests.
c) With this cold, I find it much more comforting.
d) I like creamy things, so let me indulge myself.

So, I puree the fava beans with the broth once they are ready. 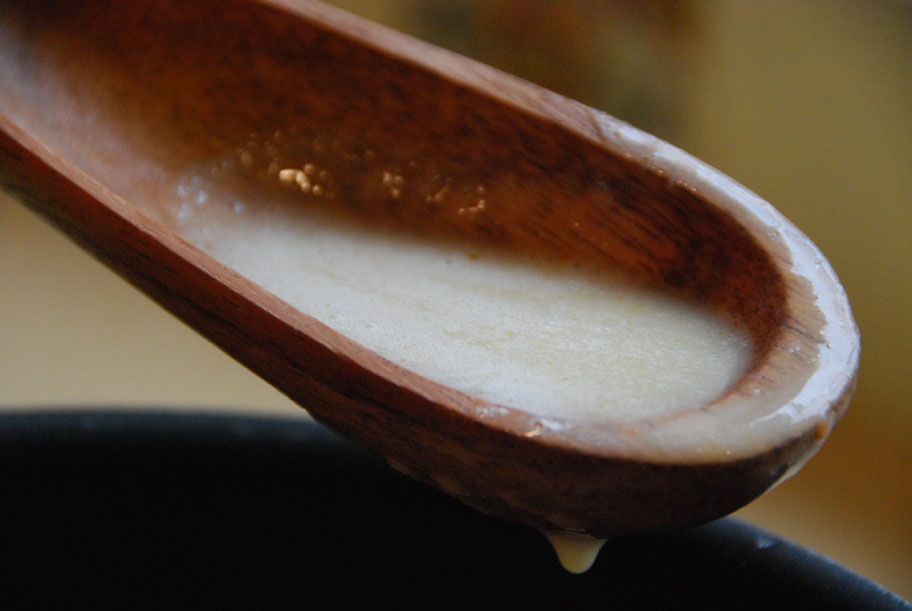 As for the seasoning base, with the blender in working mode, I puree the tomatoes with the onion and the garlic too…. 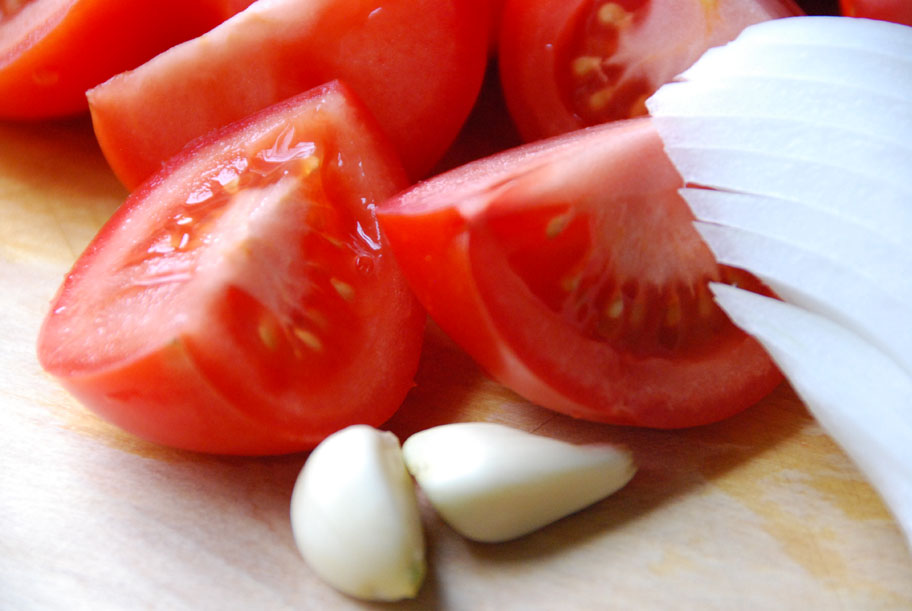 Cook that nice and thick puree over medium high heat for 5 or 6 minutes, until it thickens and darkens its color. Which means that the ingredients have seasoned and transformed from having a raw flavor to a cooked one. 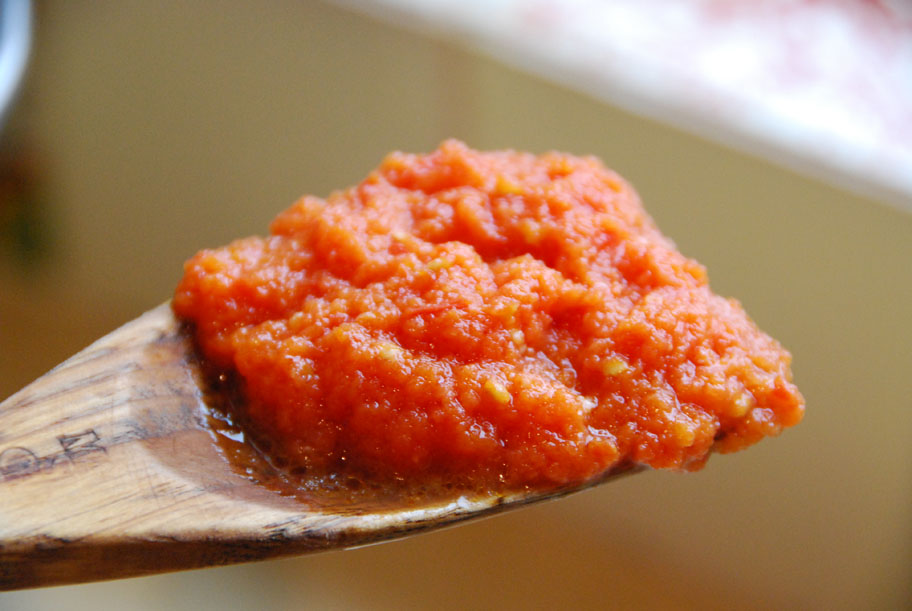 Pour the fava bean and chicken broth puree right on top of that seasoned tomato base. Add salt, pepper, a pinch of cumin and let it all come together and season for about 10 more minutes. 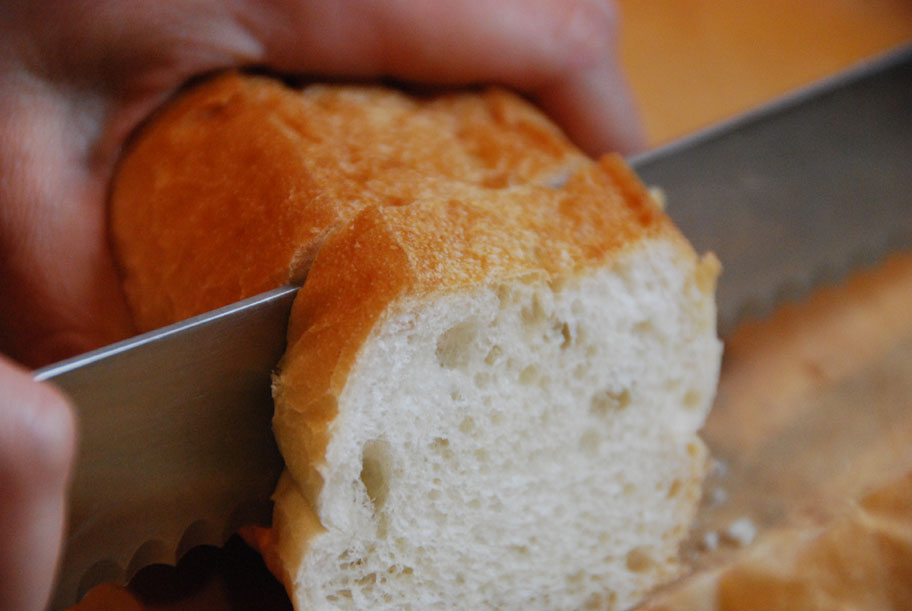 Brush them with a light coat of olive oil, on both sides, if you must. Toast them until tanned and crispy. 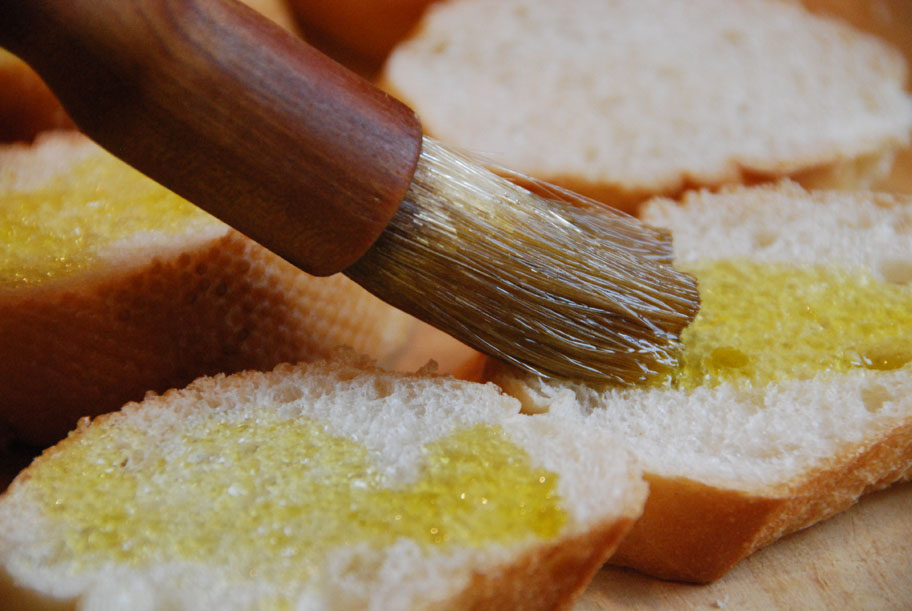 With the soup seasoned and thickened, you are ready to pour it into a bowl. 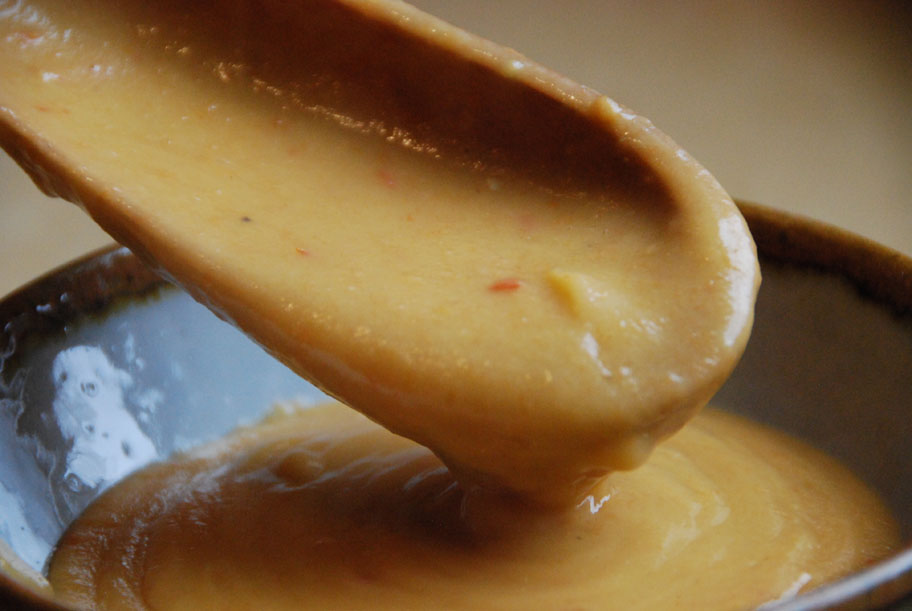 Lay a piece of toast right on top… 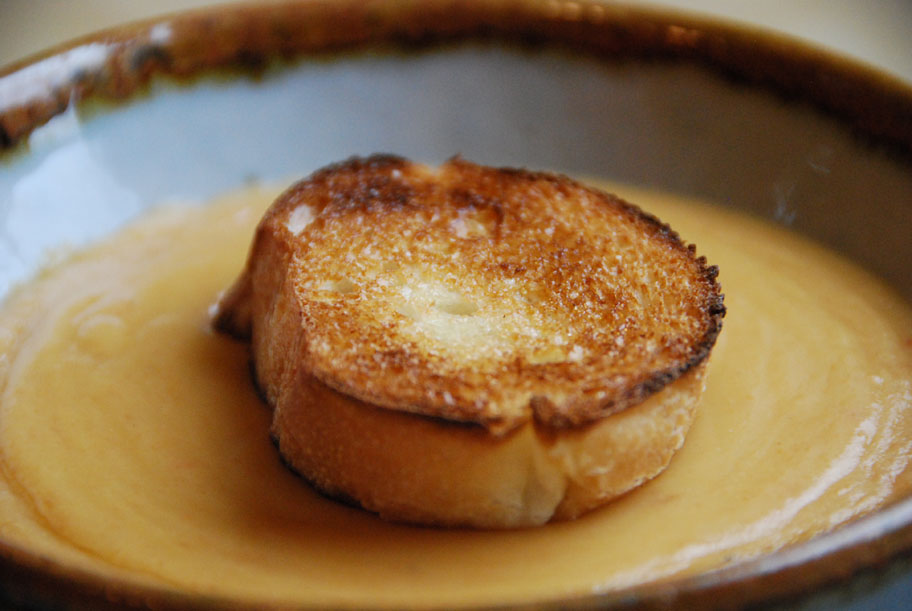 Crown it with some Pasilla chile crisps if you want an extra layer of flavorful crunch (see recipe below). 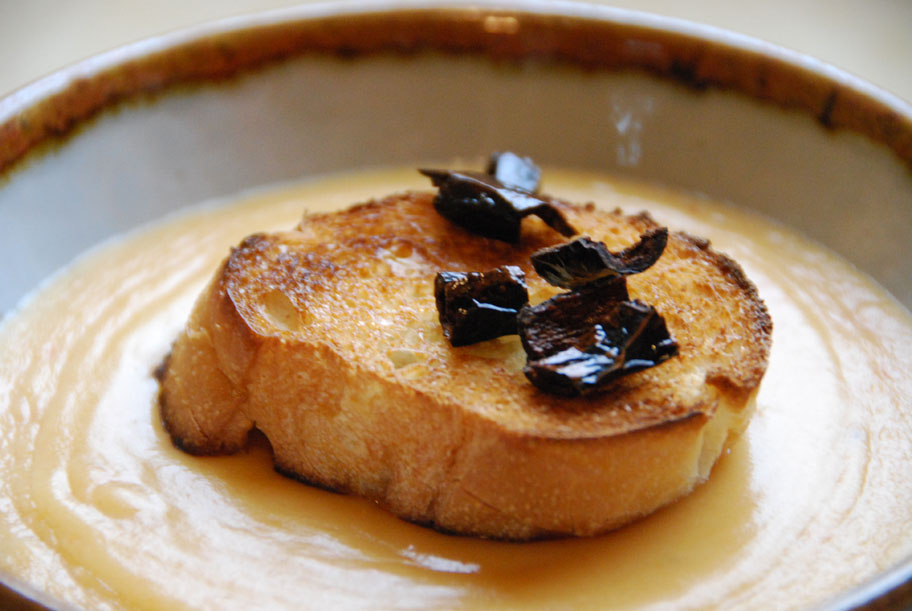 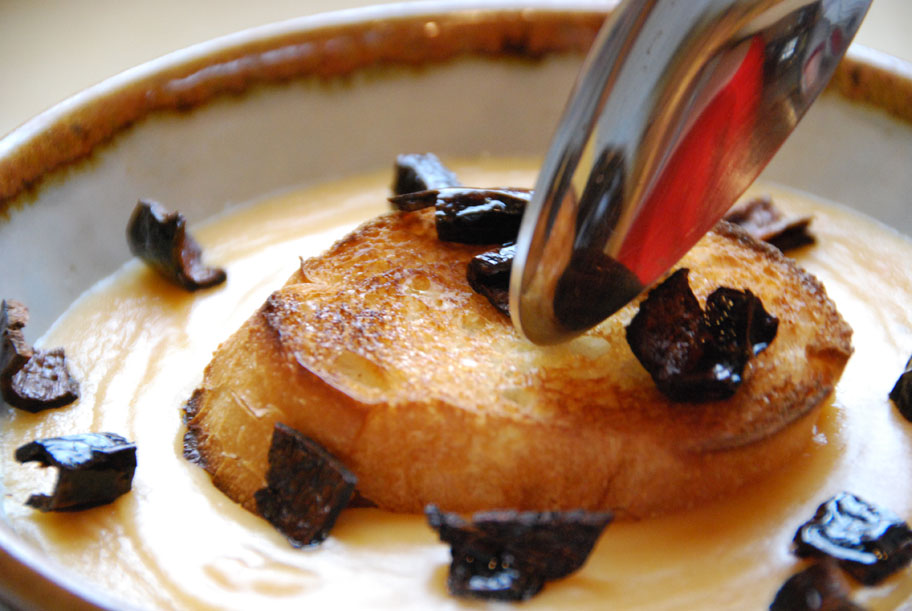 Just watch as that piece of toast jumps in along with me. 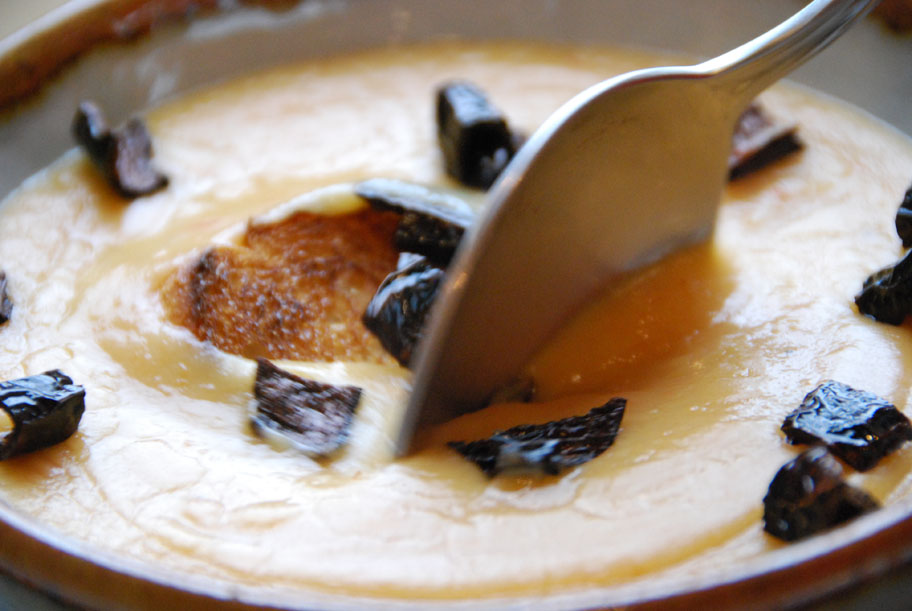 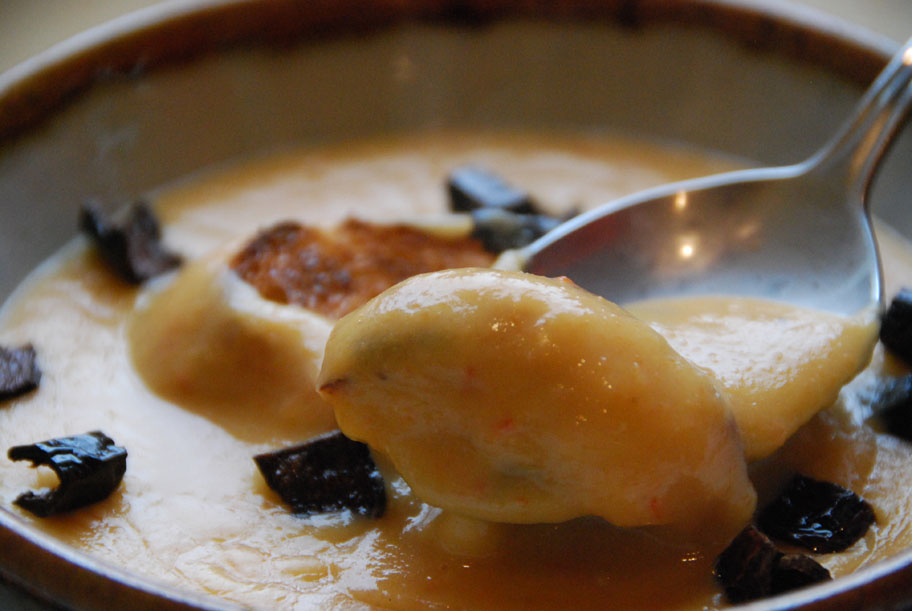 And yes it is fabulous! What are you waiting for?

The first time (there's been two...) my PBS TV series director saw me cry, it was over a Mexican hot…