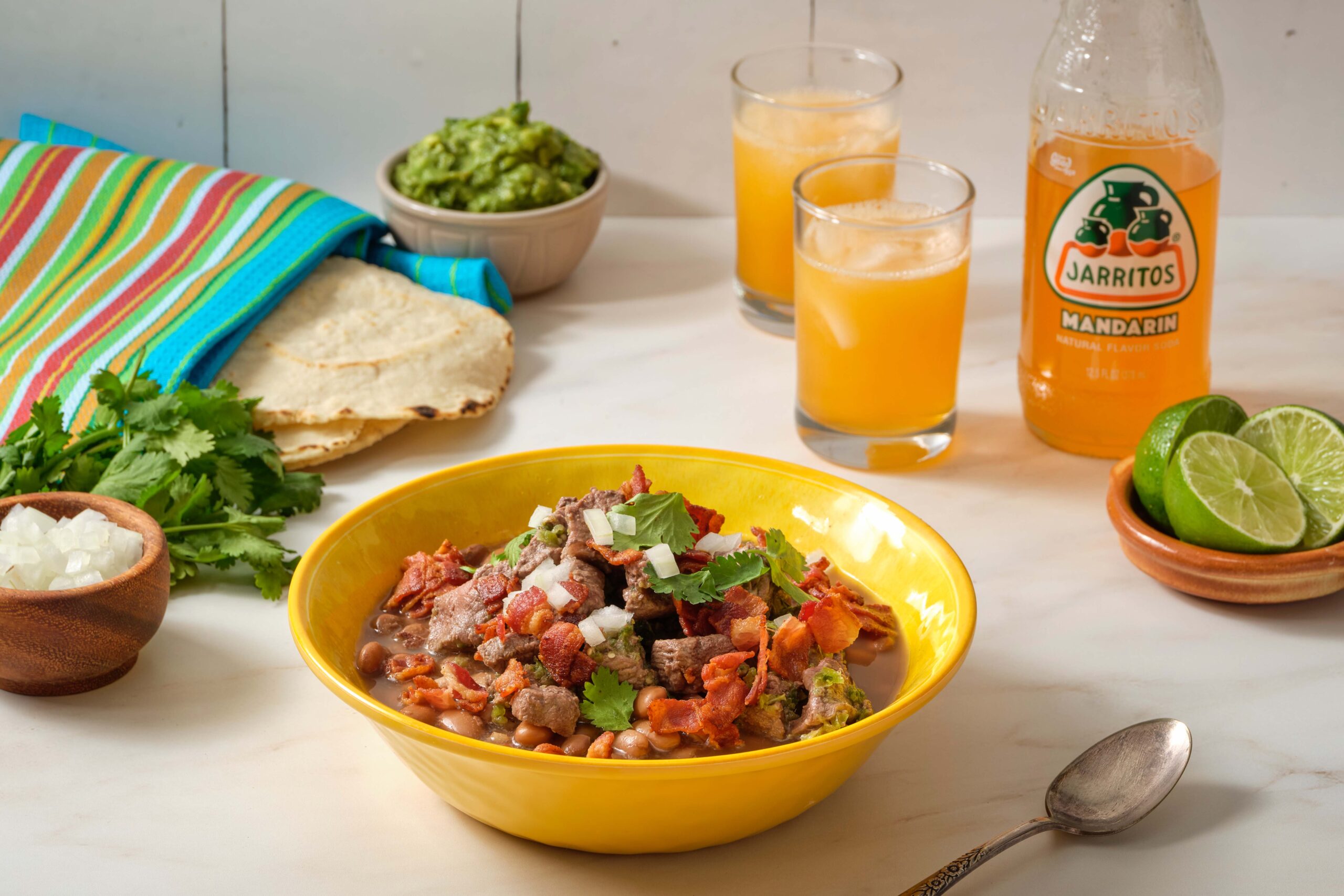 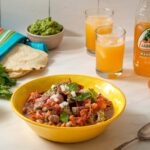 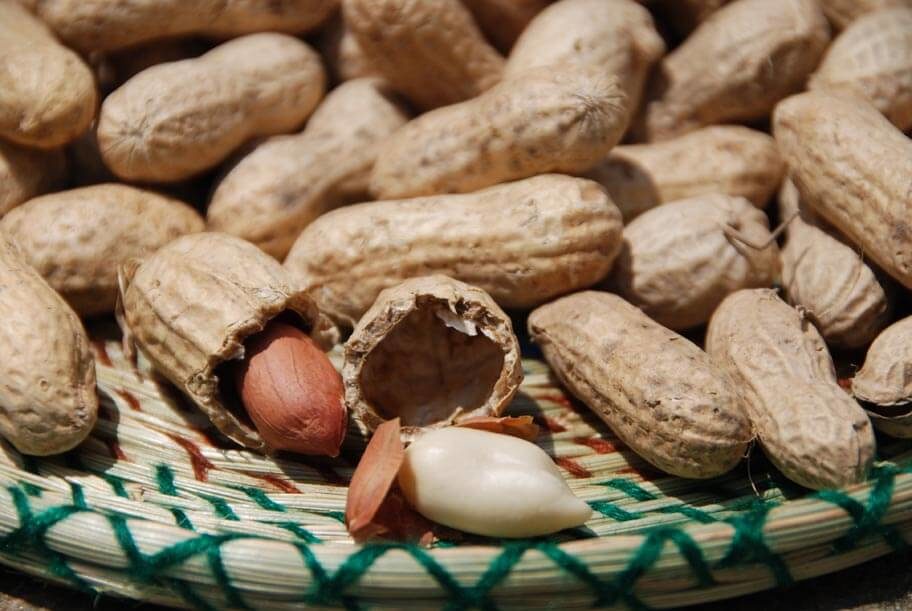 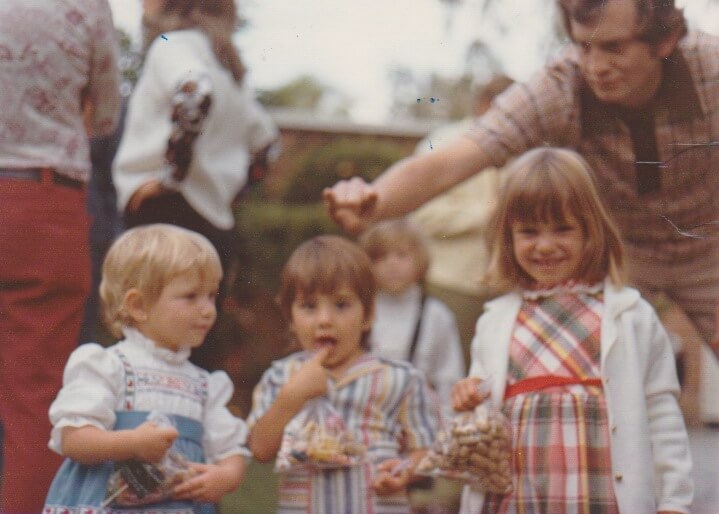 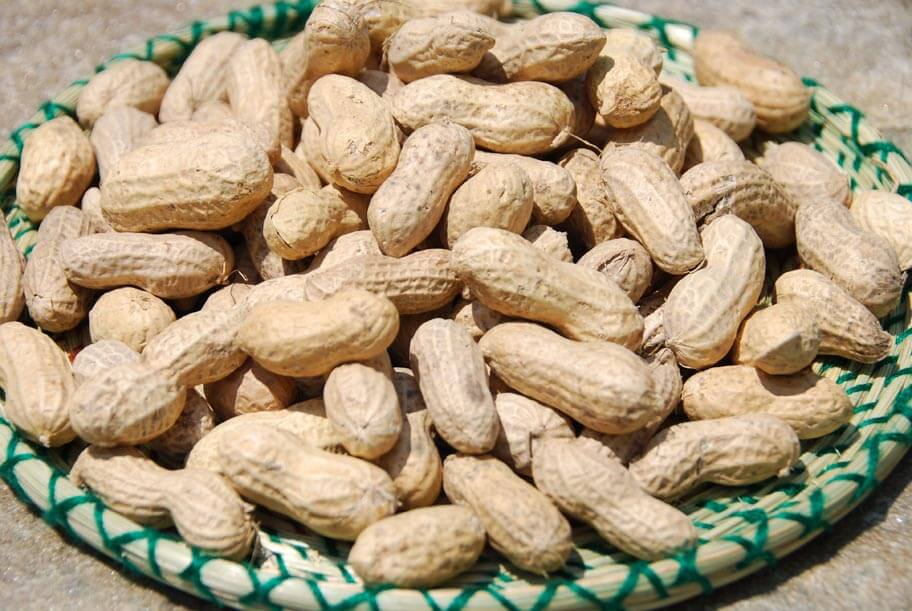 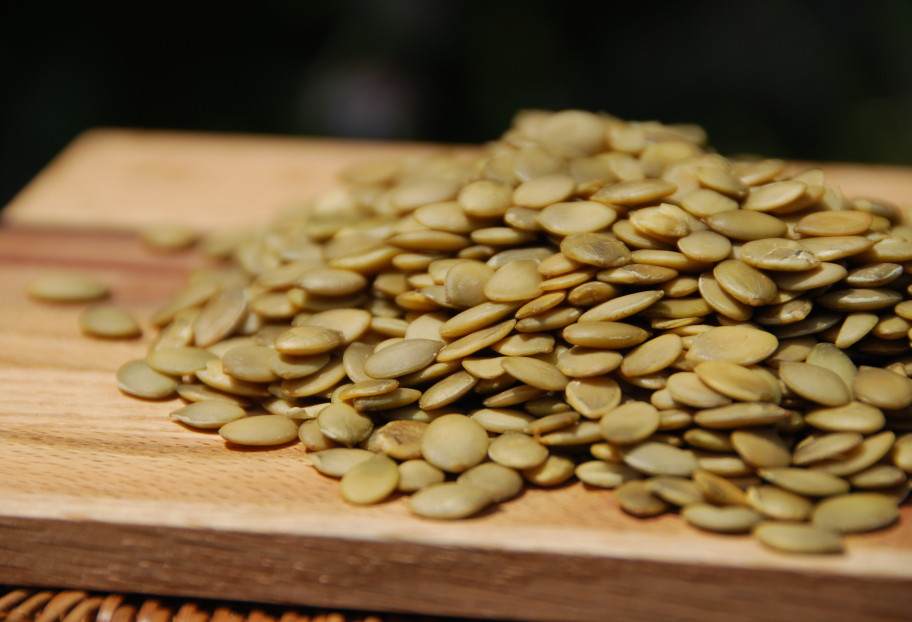 Pumpkin seeds, Pepitas in Spanish, are one of the things I used to stuff in my suitcase when visiting Mexico. That’s because they have a mellow, somewhat nutty, almost sweet, barely chewy and nutritious nature. They are also one of the most nutritious seeds (they are full of fiber, vitamins, minerals and antioxidants).

Pepitas are the seeds of different kinds of pumpkins! They can be seen all over Mexico from stands on the street to bags in the stores. They have been a part of Mexican cooking as long as…well…Mexican cooking and just as well as pumpkins, have been used in a myriad of ways over thousands of years.

Pumpkin seeds were prized by both the Aztecs and Mayans and it is said that the Mayans were the ones who began grinding them to make bases for sauces. In fact, the Yucatan Peninsula, home of the Mayas, has amongst its basic seasoning pastes (one being the famous achiote paste ) a lightly colored pumpkin seed paste that can already be bought in the markets.

Pumpkin seeds in Mexico are eaten unhulled or hulled, raw, toasted, salted, fried and spiced up as snacks. They are also used to make salsas, moles, soups and drinks. They are delightful sprinkled as a topping on many dishes as they add a subtle flavor and an extra healthy crunch.

Happily, I see them appear more and more in grocery stores here in the US. 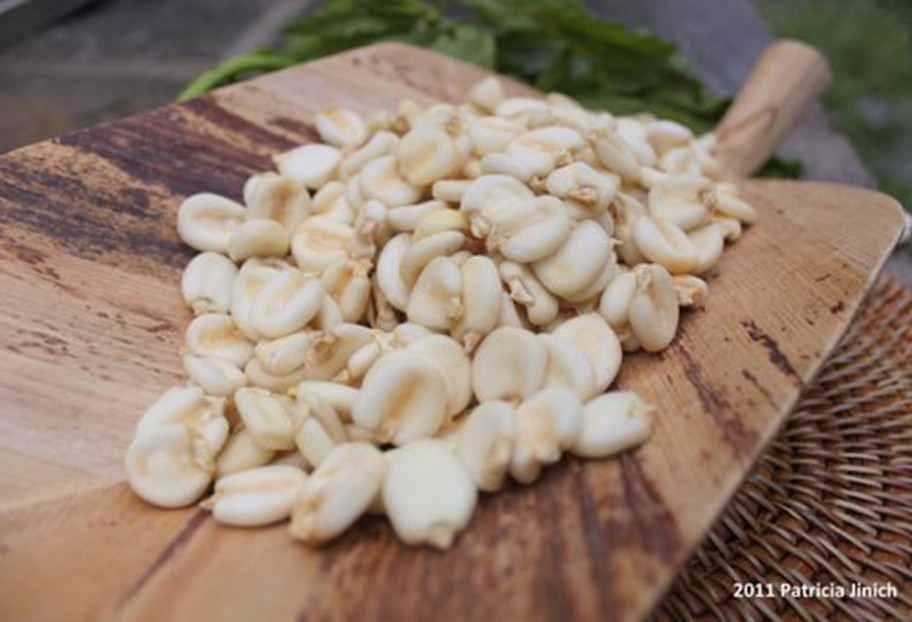 Known in the US as hominy in the US, maí­z cacahuacintle is one of the favorite types of corn in Mexico. It has giant kernels that are whiter, softer, thicker, with rounder tops, than the regular white or yellow corn. It also has a deep, mealy bite.

Its traditional name, cacahuacintle comes from the combination of two náhuatl words, cacáhuatl and centli, meaning corn and cacao, because of its size, mostly. Though this giant corn is most used to make pozole, it is also used to make other dishes like tamales, sweets, drinks, and is eaten in street style crazy corn.

When you buy dried hominy in the stores, it has already been peeled and what we call, beheaded, or descabezado. That means that it has been already lightly cooked in order for the tough part that connects the kernels to the cobs -known as cap- to be removed.

Cooking it is simple, just throw it in the pot, cover it with water, and wait for it to bloom… for about 3 hours. Literally to open up. That’s how you know it is ready. And just like beans, you don’t add the salt until the end, or it will toughen the kernels as they cook.

If you don’t fell like cooking it, you can already buy it fully cooked in cans or in bags in the refrigerated sections of some Latino stores. 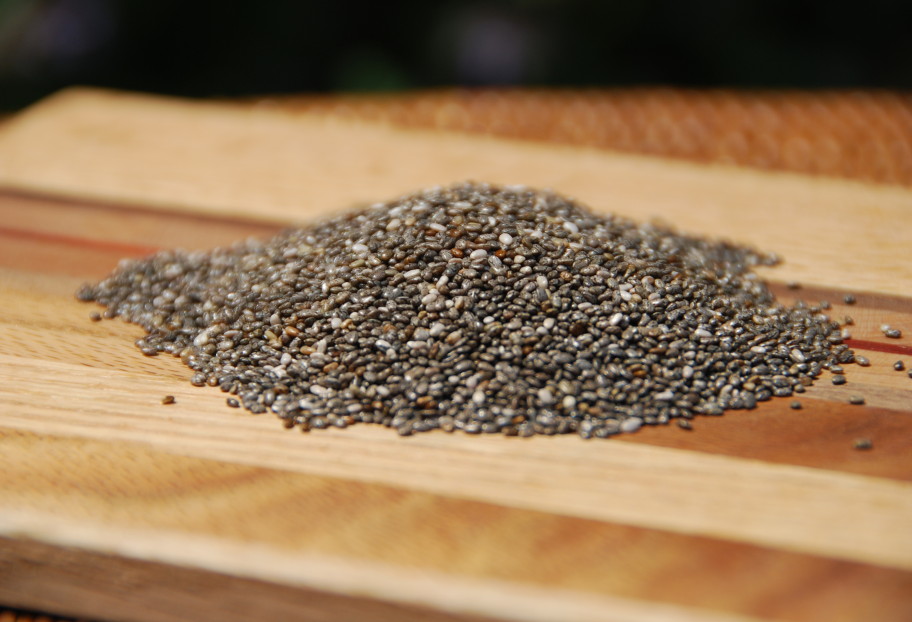 With a metallic dark color and mottled skin, Chia seeds are delightfully crunchy. Once you rehydrate them in water, as  the popular Lime based Agua Fresca, they become covered in an irresistible gelatinous layer. No wonder the word chia comes from the náhuatl name chian, which means oily.

Scientifically, Salvia Hispanica, they come from a flowering plant from the mint family. Some new wave health oriented groups, call it “the Miracle seed”. They are indeed miraculous for good digestion and some say weight loss.

In Mexico they have been used for centuries. In Aztec times, aside from eating, they were one of the main means of exchange and also used for religious rituals.

Take a peek, they are quite lovely.

They are also a great source of protein and fiber.  When ground, Chia can be used to make baked goods like breads, cakes and cookies.  You can also eat the sprouts, as they are very similar to alfalfa sprouts, and are delicious in salads.

I know what you may say, as many American friends have told me when I hand a glass of Limonada with Chia seeds… are these the same as the Chia Pets?

Well, yes they are, you can have them as pets too!

Beans are a crucial part of any Mexican meal, where the black bean is the most common bean used generally speaking. However, speaking regionally, it is favored in the Southern states and also in Veracruz.  In the northern areas of Mexico, the lighter colored beans such as the Pinto are more common, and in the center areas, both kinds are eaten as well as Peruvian beans.

END_OF_DOCUMENT_TOKEN_TO_BE_REPLACED 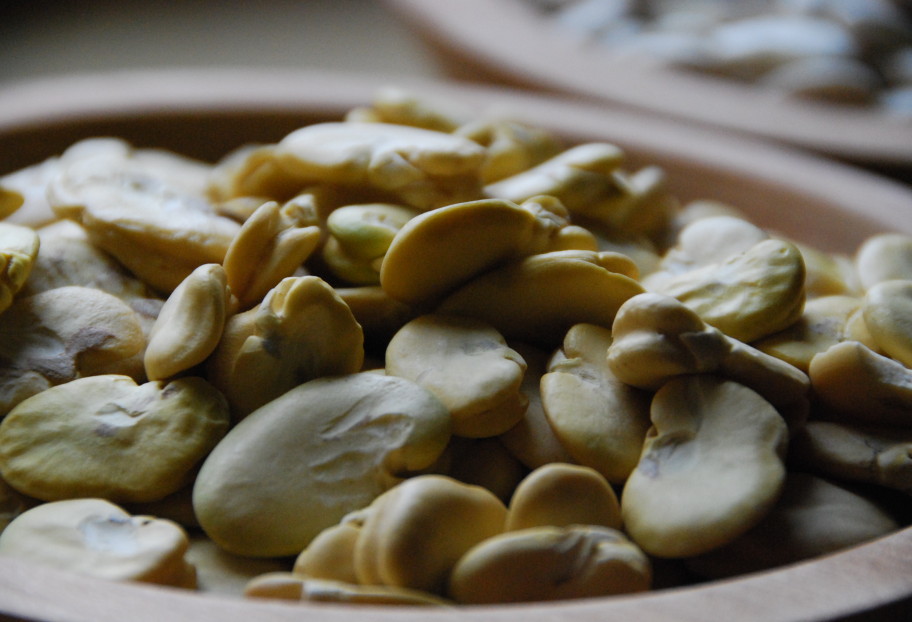 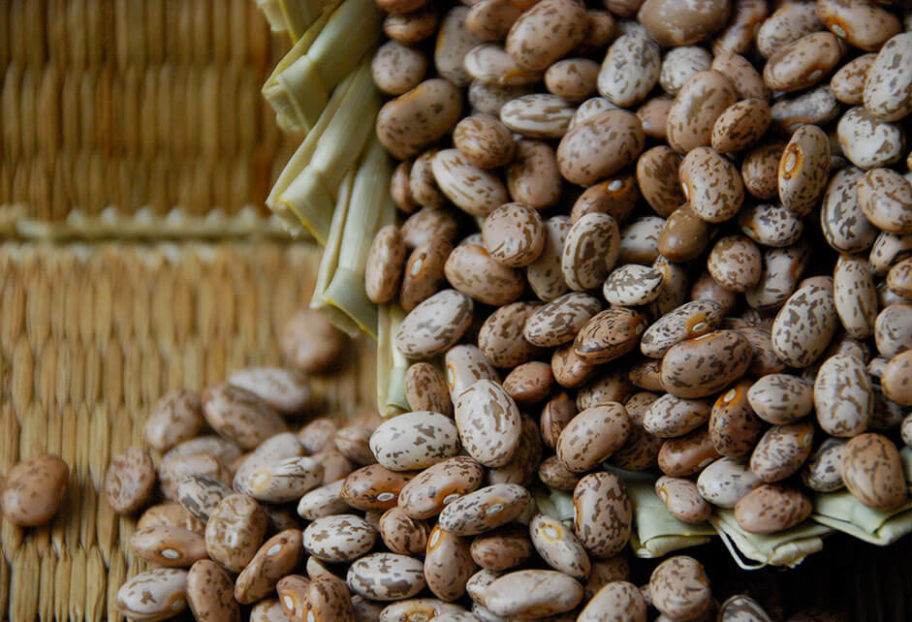 My personal favorite bean, they are lighter in color, creamier in texture and softer than black beans.  In Northern states, the pinto is the most popular bean.

In Sinaloa they cook them with onion, garlic, tomato and the serrano chile, those four ingredients that are the basis for many Mexican dishes. There is also a twist on Sinaloa beans called frijoles puercos or piggy style beans which is rather heavy, and served with bacon, chorizo, and cheese.  It is delicious!

Known for its mottled skin, it is also the most common bean in the US.