It’s ironic. The farthest away from Mexico I’ve been, the closest I’ve felt to my home country and the more I’ve gotten to know it.

Namely, there are 2,419 miles between my home in the DC area and the home I was born and raised in, in Mexico City (I’ve seen it in Google maps a thousand times with my boys), it’s a 44-hour drive if you go non-stop and a 5-hour flight with no connections.

Distance matters. It weighs, in tons of pounds of nostalgia that can be soothed in the kitchen. Distance has made my time in Mexico intense and adventurous, and the foods I am able to replicate in my American kitchen that much more precious.

It has been 15 years since we packed our bags to move from Mexico City to Texas. Since then, I’ve taken every opportunity to go back to visit. There is always something new to learn and something to rediscover. And there is always a dish that sticks with me in such a way that it has me running back home to make it for my boys. If they request it, time and again, it becomes a home staple that I hope to pass on.

That’s the case with the ultra decadent Yucatán style French toast, also known as caballeros pobres. I even included it on an episode called Brunch at the Jinich Home, from Season 3 of my TV series. It is very similar to a dish called Capirotada, in fact, some consider it Yucatan’s version of it.

We love eating it on Sundays for a late and lazy brunch.  It marks the weekend for us, when we can linger at the table. When I don’t mind making things that may have a few more steps, or may be messier to prepare, all of which the boys love to take on.

Dany and I tasted it for the first time in Yucatán 5 years ago. As we sat down at Los Almendros, a classic restaurant in Mérida, I did what I always do – which drives Dany crazy – and asked the waiter 3 questions:

1. What’s your favorite thing to eat from the menu? I can hear Dany saying “what do you care what he likes to eat Pati, what if he has a completely different taste preference than you, or what if he is pushing things out of the kitchen that aren’t selling?”

2. What is the most traditional food on the menu? I can hear Dany saying “some dishes may be included to show the restaurant’s authenticity regardless of how good they may be…”

3. What is, by far, the best seller here? I can practically see Dany rolling his eyes…

I am a fan of the French toast food category. The Yucatán style, however, is in a  league of it’s own. 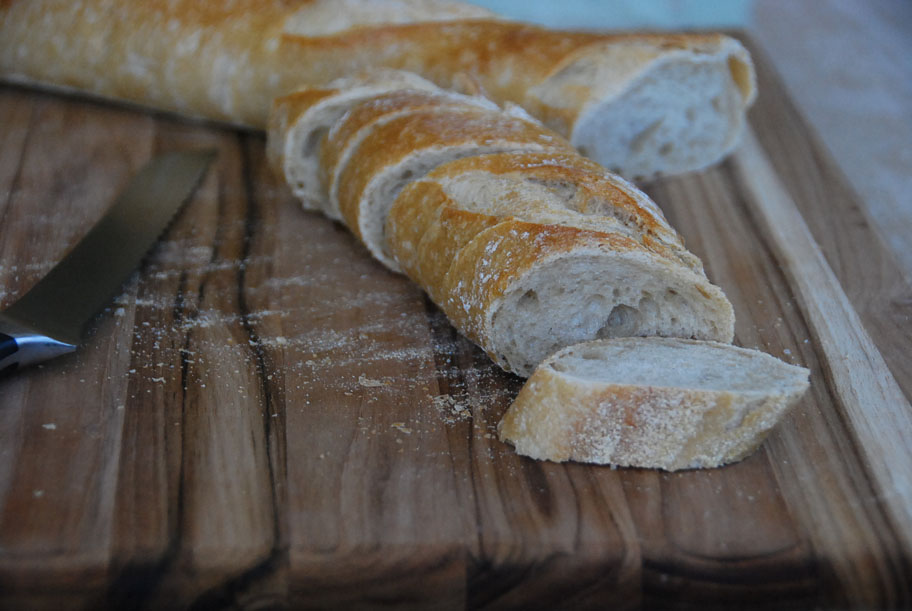 It uses what is known in Mexico as pan francés or French bread, which is like a baguette but a bit thicker. Some versions use bolillos or teleras (just smaller in size). You are safe to use any crusty bread of your choice. 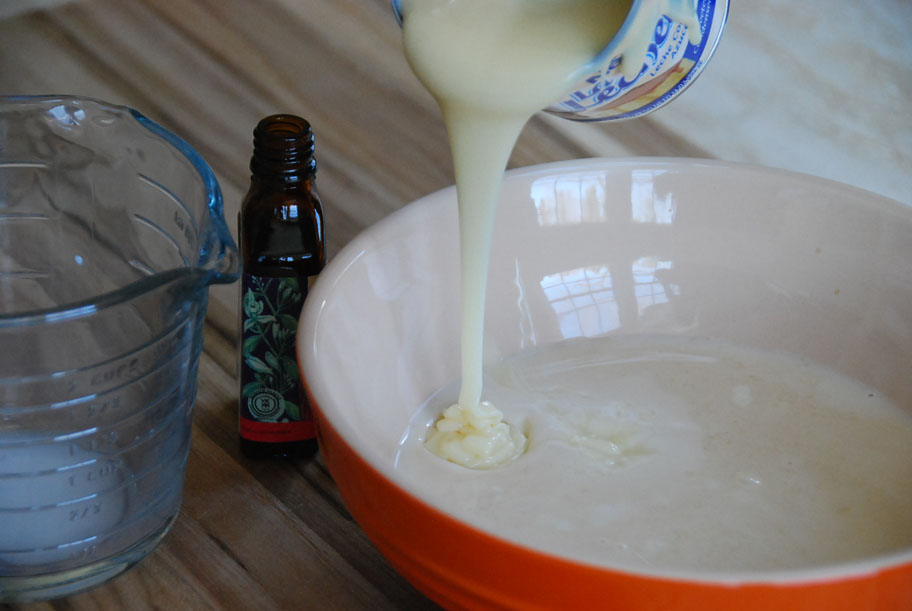 You know you want it.

I made it for a class on Yucatecan food at the Mexican Cultural Institute.  The 120 attendees were all oohs and ahs when I demoed the dipping of the bread in the sweetened condensed milk mix. Practically every one, wanted seconds, which I didn’t plan for. 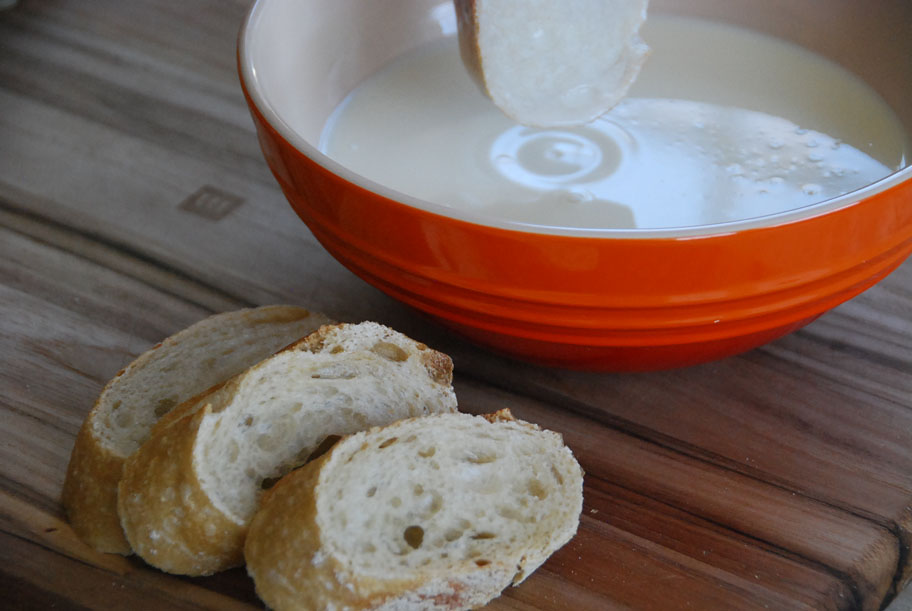 There’s more. Instead of dunking the bread in beaten whole eggs, the eggs are separated. The egg whites are beaten until stiff peaks are formed, as in a meringue, then the yolks are gently added to form a thick coating: a capeado. 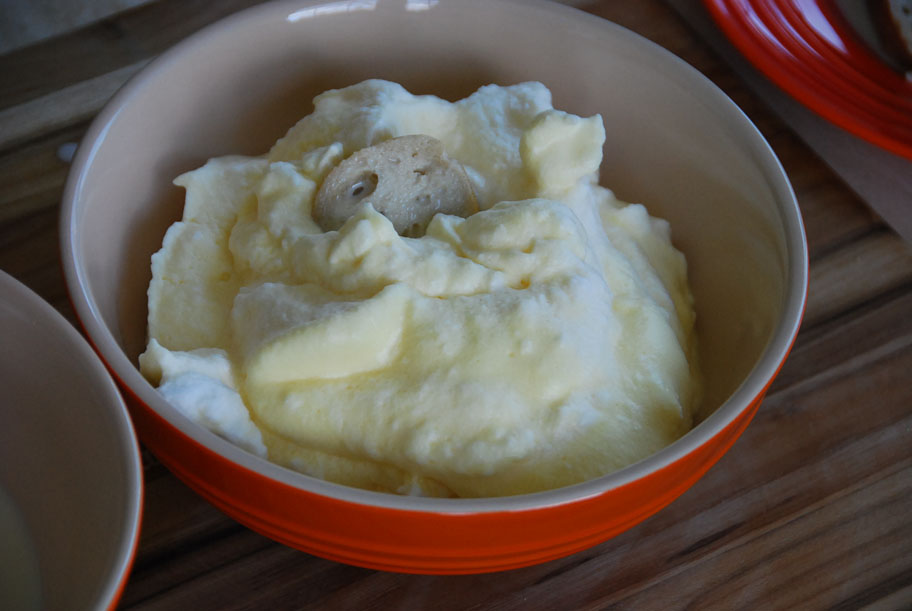 Hence, there may lay the gentlemen status of an everyday bread that is first soaked in a sweetened condensed milk bath, to be then fully dressed in a fluffy cape. 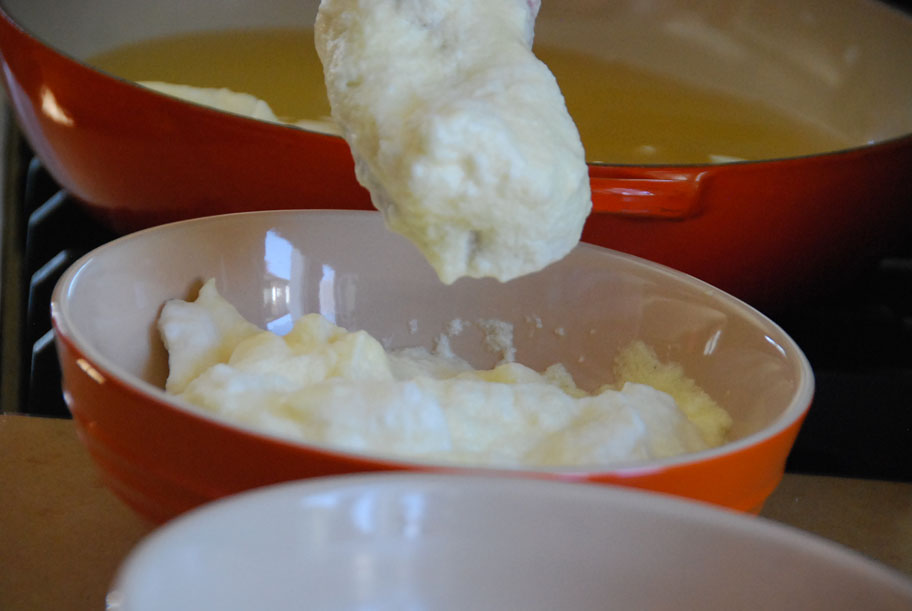 Once luxuriously dressed, it is crisped and browned to golden status. 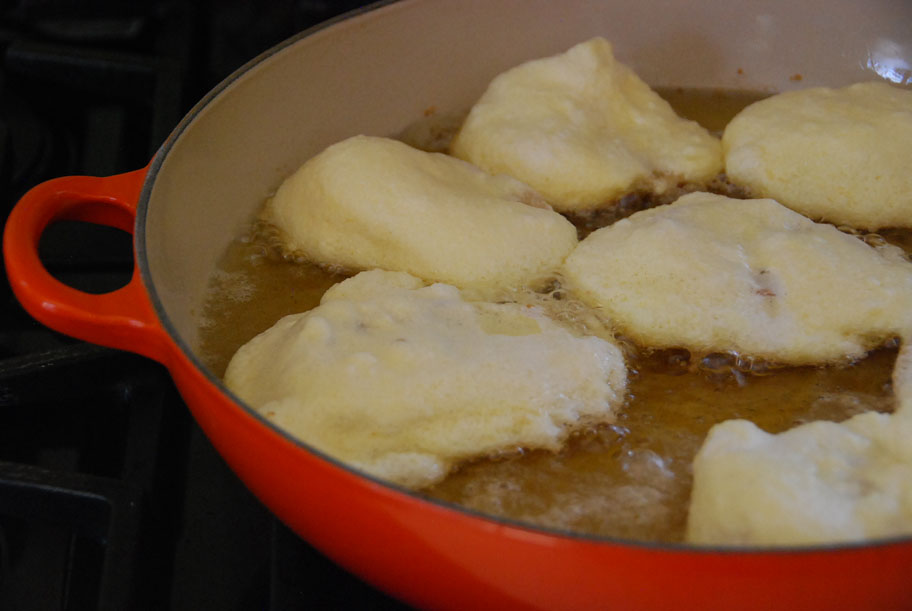 That is not all: though at home we can happily eat it like that with a bit of honey, maple syrup or confectioner’s sugar. 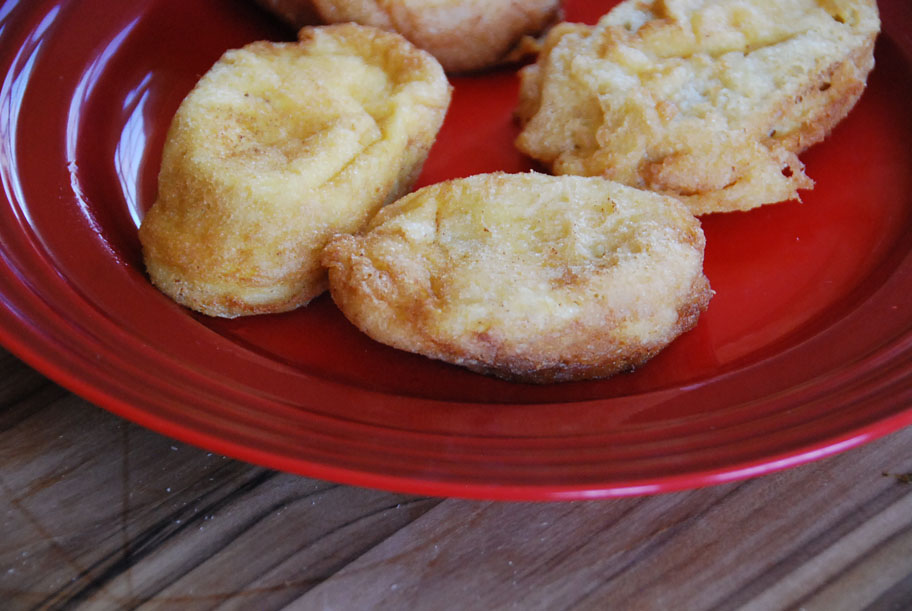 The caballeros pobres are then sauced with a simple syrup flavored with true cinnamon, a few whole cloves and raisins. 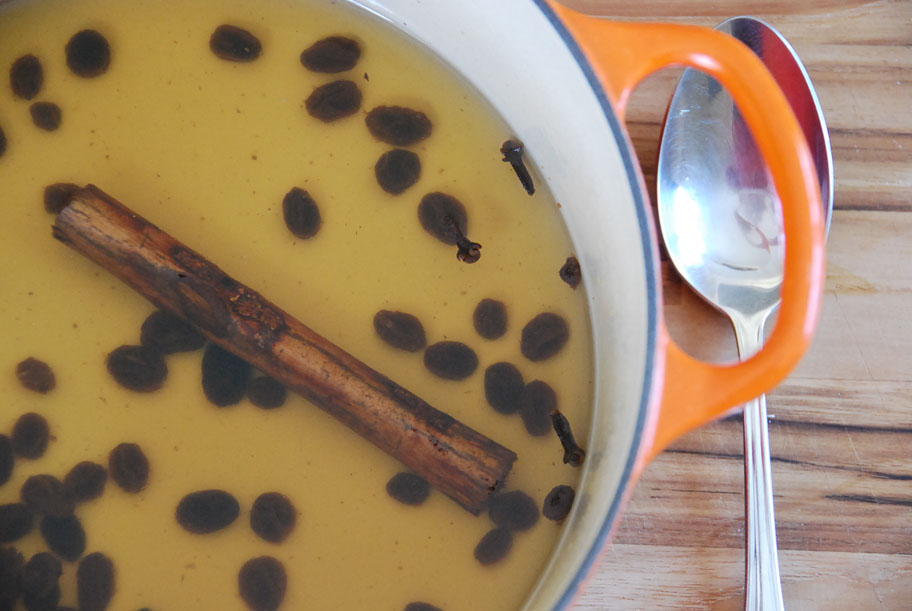 You can make the syrup ahead of time and reheat it. You can also make it while you are dressing and browning the bread. 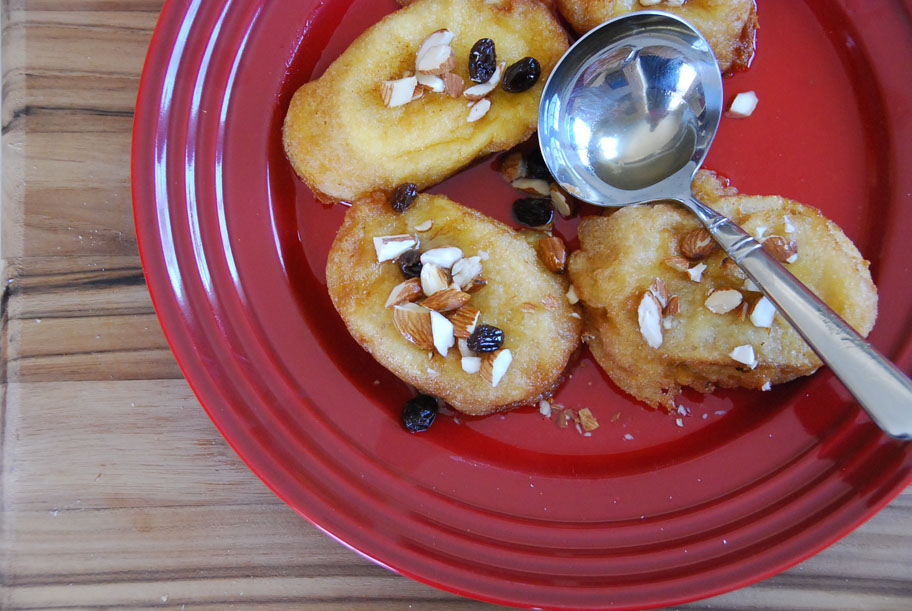 Ok, wait, again: Some people add sherry to the syrup. That takes it to adult territory, which would pair well for a grown up brunch.

Of all the versions of Yucatán style french toast this recipe below is my favorite. Crispy, chewy, moist. I prefer to eat it hot and with the warm syrup on top as a main dish for a weekend breakfast or brunch. However, in Yucatán it is traditionally served very cold and for dessert. Then again, I have to admit that I always make extra to have leftovers in the refrigerator, so I can sneak into the kitchen at just about anytime, to eat them cold.