I do love the change of seasons in the Eastern United States. The fall leaves change to different shades and make fluffy mountains where the boys jump a thousand times in a single day. I also like the smell of winter winds waiting around the corner as our home heating starts to warm up. And I have so much fun getting all of us coats and hats and gloves, something I never did growing up.

But I do miss my piece of beachside coconut flan. The one I used to have in Acapulco, many Decembers ago, growing up. My favorite was from Pipo’s, a restaurant in “la Costera”, an old neighborhood along the beach. It has a creamy and smooth layer on top that blends into a bottom layer of softened and nicely chewy coconut. I have tried a couple versions and the best one is also the simplest one.

First, make homemade caramel. Some cooks like to make caramel mixing sugar with lime juice or water, I prefer the most straightforward way: plain sugar over low-medium heat. Simply pour sugar onto a saucepan and gently tilt the pan, here and there, as the sugar starts to melt. 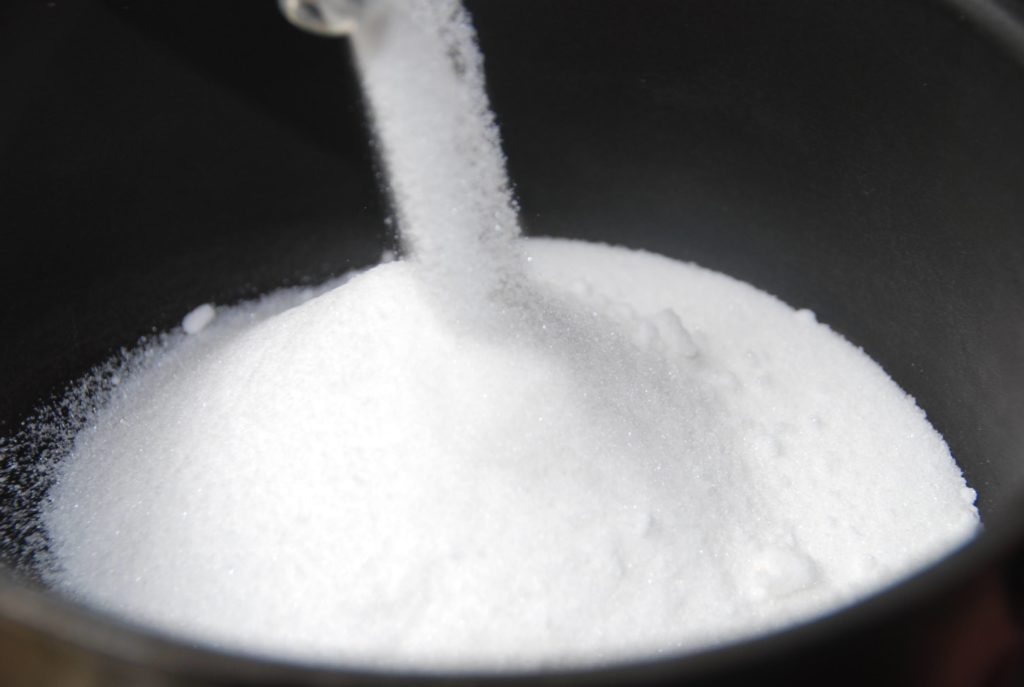 You need to be a bit patient, as the caramel is jealous: if you leave it unattended it will burn and taste bitter. 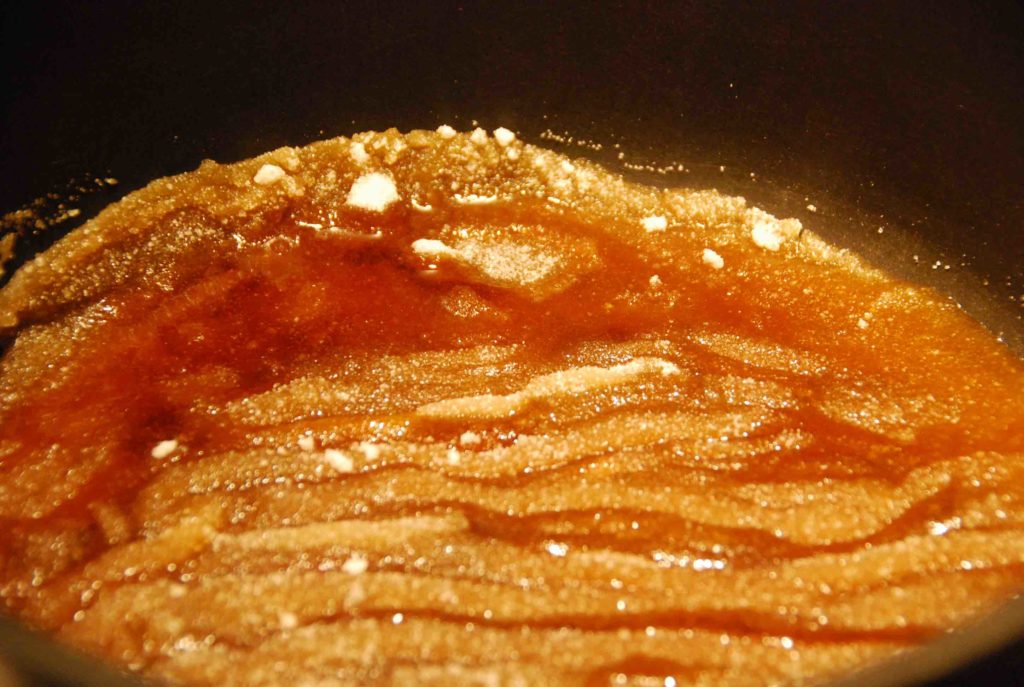 As it starts to melt it will look like this… glorious mountain shapes of sugar starting to caramelize… Once it becomes liquid you have choices. The lighter the color of the caramel, the mellower the taste. If you let it brown it will gain a deeper flavor, more nutty and strong. However, if you let it brown too long, it may taste bitter. And that can happen fast. 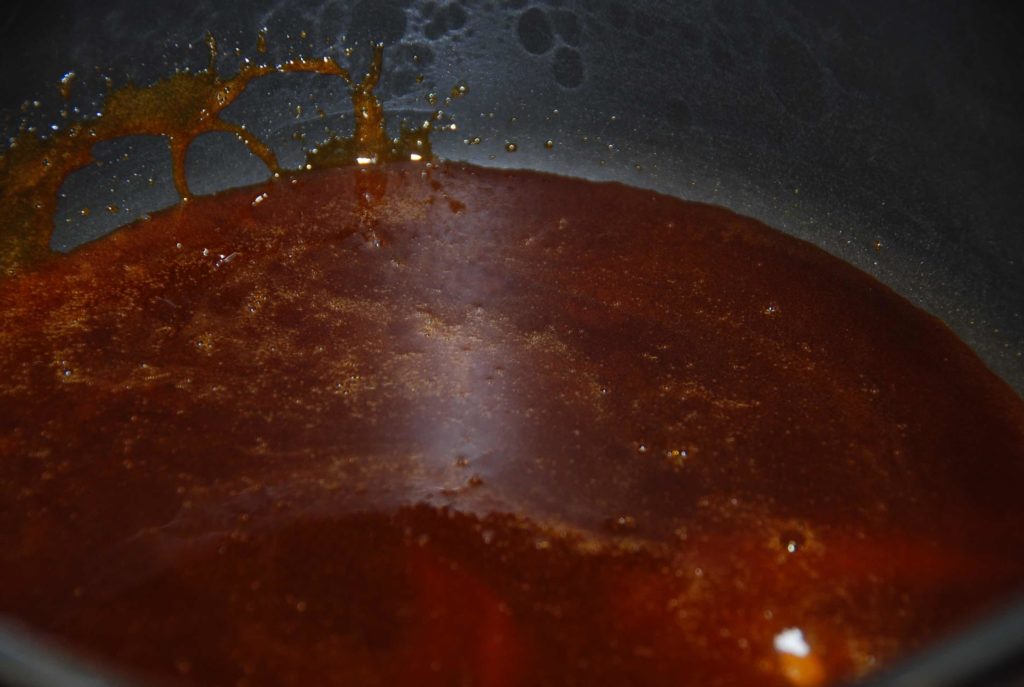 This is the color I like. It is rich, with a lot of personality and makes a great combination with the sweet and mellow flan. 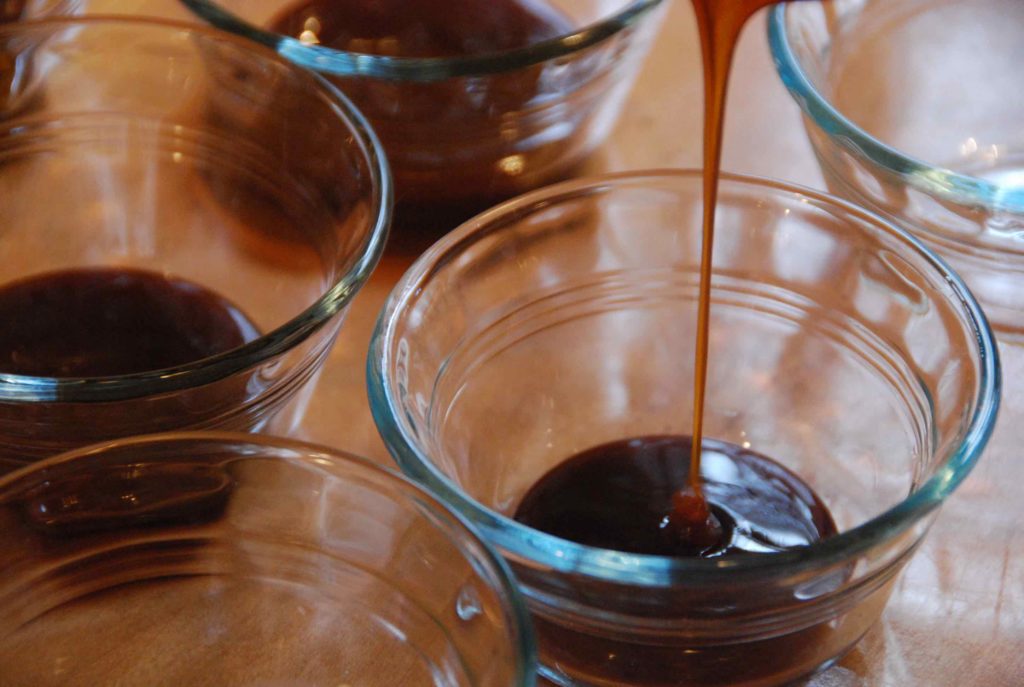 Quickly pour it into individual molds or round tube pan, it does harden fast.

Now it’s time to make the flan. As much as you had to be patient and careful with the caramel (after you make it a couple times it becomes an easy task) making the flan requires a minute of mixing a couple things in the blender. 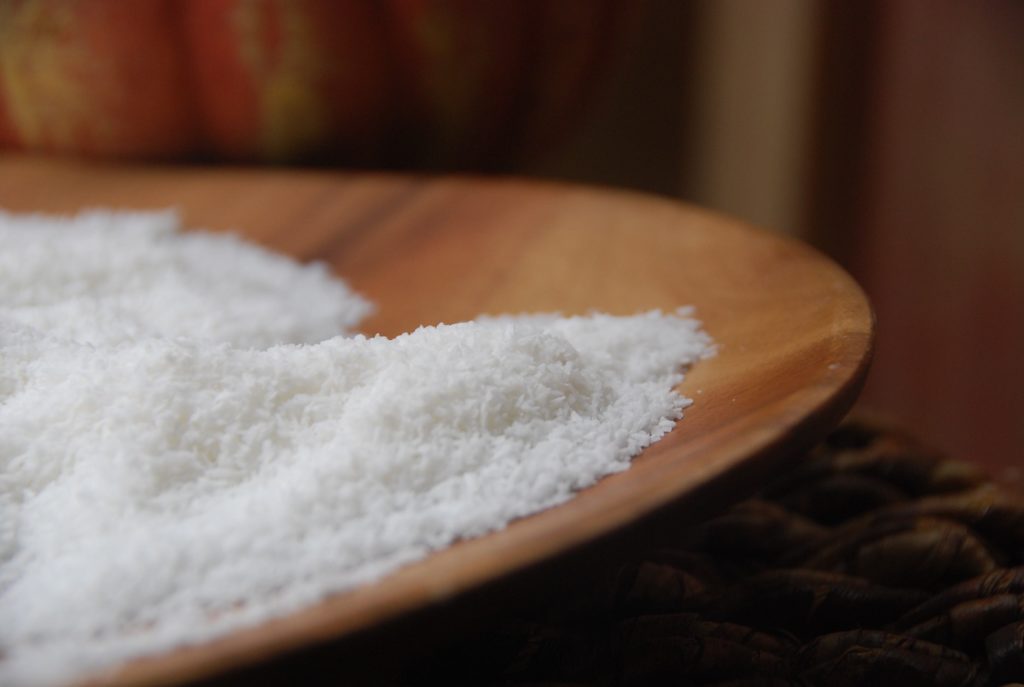 The secret to this coconut flan is to use unsweetened dried shredded coconut, now found in many stores like Whole Foods or Trader Joe’s. It sounds redundant, but sweetened coconut makes it too sweet and gives the flan a shallow taste.

Pour a can of sweetened condensed milk, a cup of water, a couple eggs and the coconut in the blender. Puree until smooth and pour over the hardened caramel. 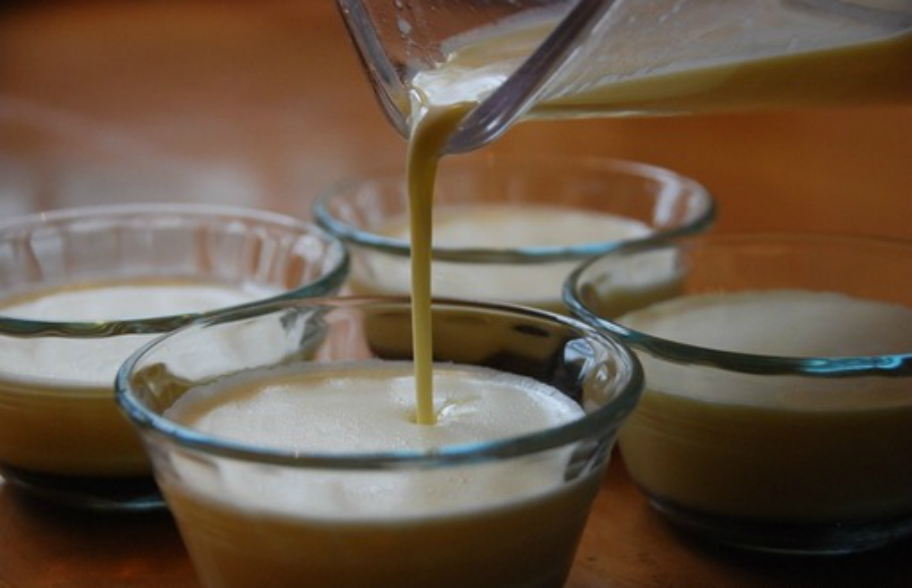 Place it in a hot water bath, a baking dish filled with hot water up to at least half the height of the molds, and place it in the oven, about 35 minutes later, you have your flan. 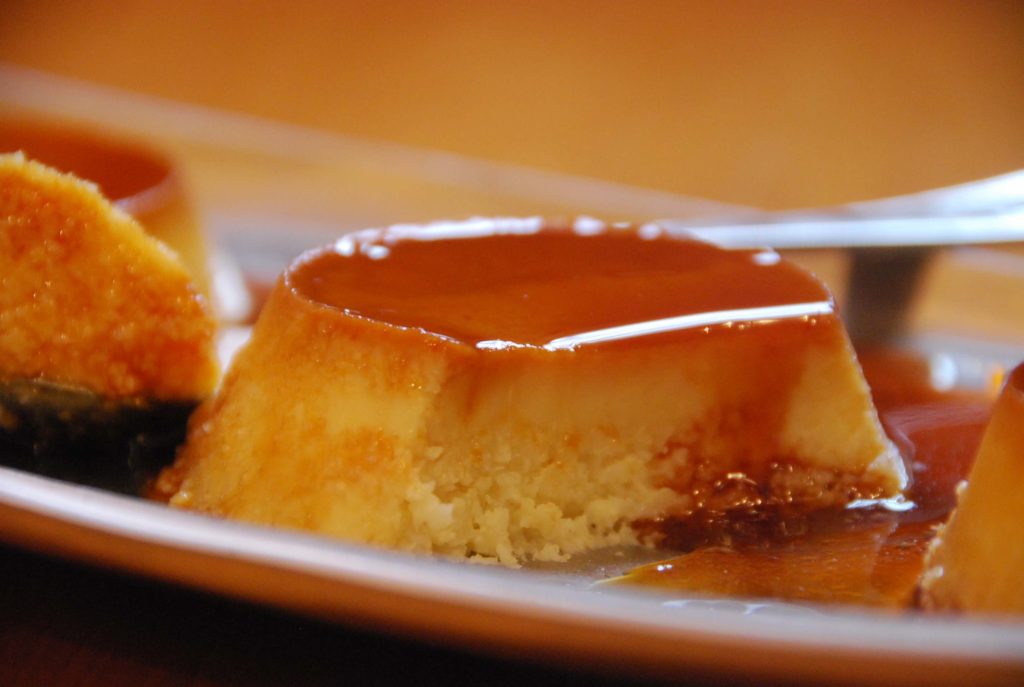 Now, everyone has their favorite flan. As far as I have tried there’s orange, chocolate, rum, cajeta (similar to dulce de leche), rompope (eggnog), pine nut, pecan, and ancient style.

As the Fall and Winter colors and sounds make their way into your home this year, you may want to try a piece of beachside flan. It will bring you a couple steps closer to the beach, the ocean breeze, nice warm comfort, and why not, fresh coconut from those shady palm trees.

Wild Crunchy Granola A crunchy granola loaded with nuts, sunflower seeds, pepitas, amaranth, and quinoa. You can sweeten it up…