Mexico City’s freshest and tastiest seafood, many say. Contramar is known to be the city’s most buzzing spot for locals and foreigners alike. There’s no trip to Mexico City and no weekend well spent without lunch at Contramar.

Cramped wooden chairs and small tables with white tablecloths, woven lamps, blue painted murals, a daily inspirational quote written in large font on the wall, and fast-moving waiters that have been working at the restaurant for over a decade make up the ambiance. 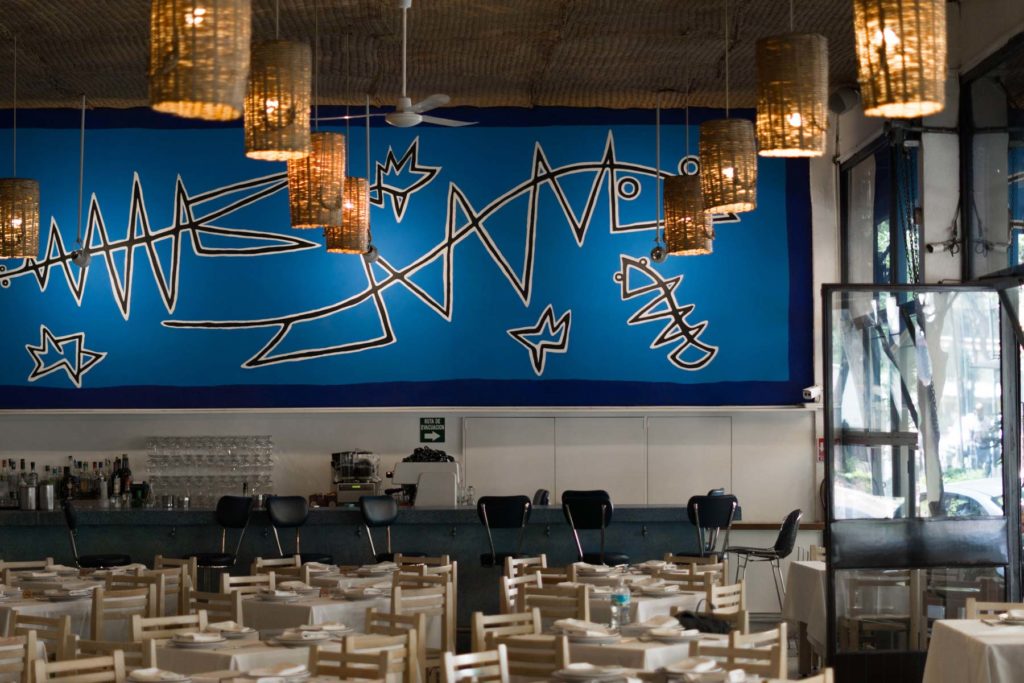 Gabriela Cámara, owner and founder of Contramar, had a very clear vision from the start: honest and fresh food made from the best product, outstanding service, and a great vibe that would provoke sobremesa. Andrés Barragán, chef of Contramar, met Gabriela at the very beginning, almost 20 years ago. Andrés, originally from Puebla, developed his cooking skills with Gaby and continued to improve them on his own. Tuna tostadas, fresh clam ceviche, pescado a la talla and the tuna carnitas are some favorites. 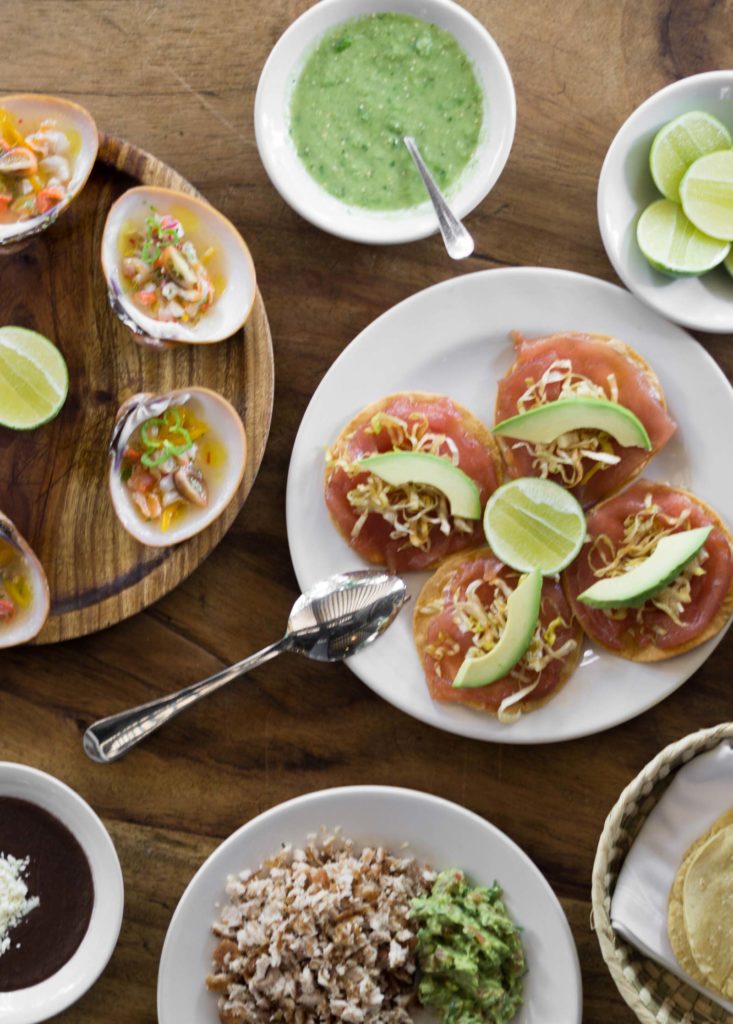 Contramar’s tuna carnitas are made using the fatty part of the tuna, which is chopped then fried until crispy on the outside and tender and juicy on the inside. After frying, the meat is served with chunky guacamole, refried beans and fresh tortillas made with heirloom corn from Tepoztlan. For dessert, waiters will be dancing around with large trays filled with sweets ranging from fresh chocolate cake to mountains of fresh merengue with whipped cream and strawberries.

Contramar just turned 20 and things just keep getting better for everyone. 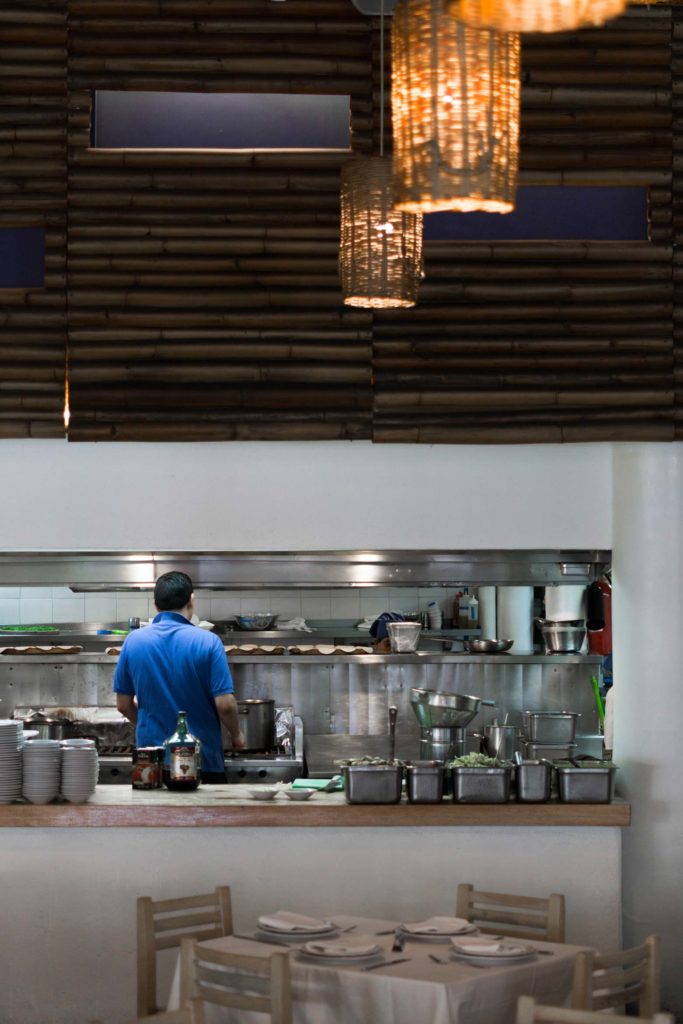