There are so many places to eat tacos al pastor in Mexico City and each one is unique. El Huequito’s original location on Ayuntamiento, a busy street in Mexico City’s downtown, has been serving tacos al pastor for almost 60 years. You order off the street and eat on the other side of the sidewalk at an aluminum high-top table with a variety of spicy salsas and freshly cut limes. 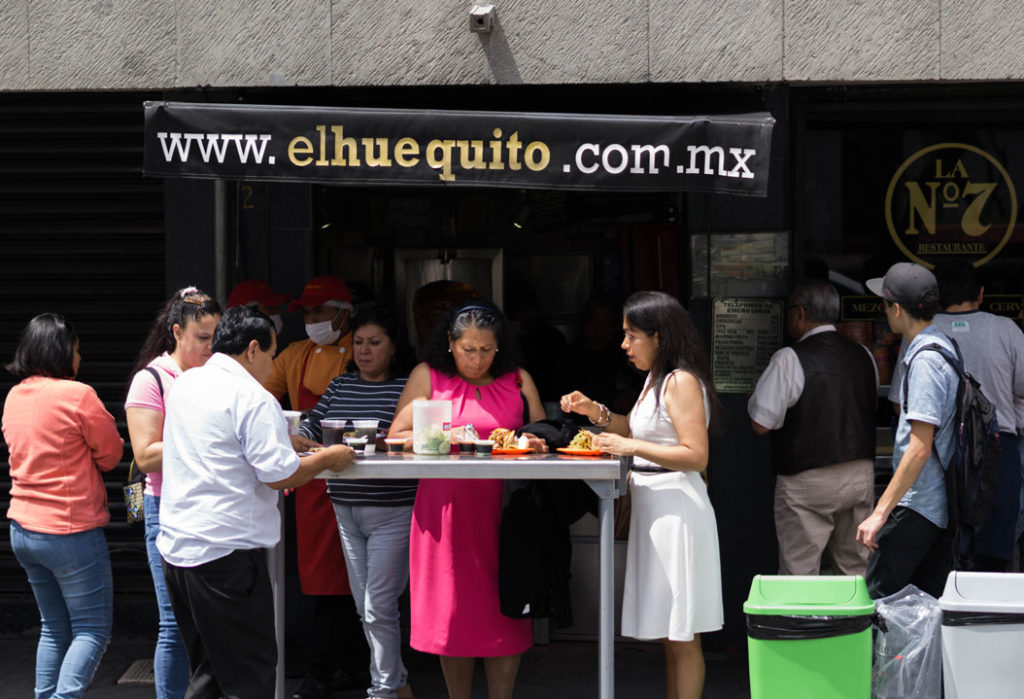 Pastor is crispy shavings of vertical spit-roasted pork marinated with dried chiles and spices. Very similar to shawarma or doner kebab, pastor was influenced by the strong Lebanese migration that occurred in Mexico in the early 1940’s.

In 1959, Guillermo Buendía and Amelia González started the business in a one-by-one-meter location. Due to the size, clients would refer to the taco shop as a “huequito,” meaning a very small space in Spanish.

The tacos al pastor at El Huequito are different than all the rest in Mexico City. No pineapple and no cilantro here. Just freshly shaved pastor meat wrapped in a tortilla with a little green salsa, chile de árbol salsa and onion, then straight back on the grill to seal in the flavor. 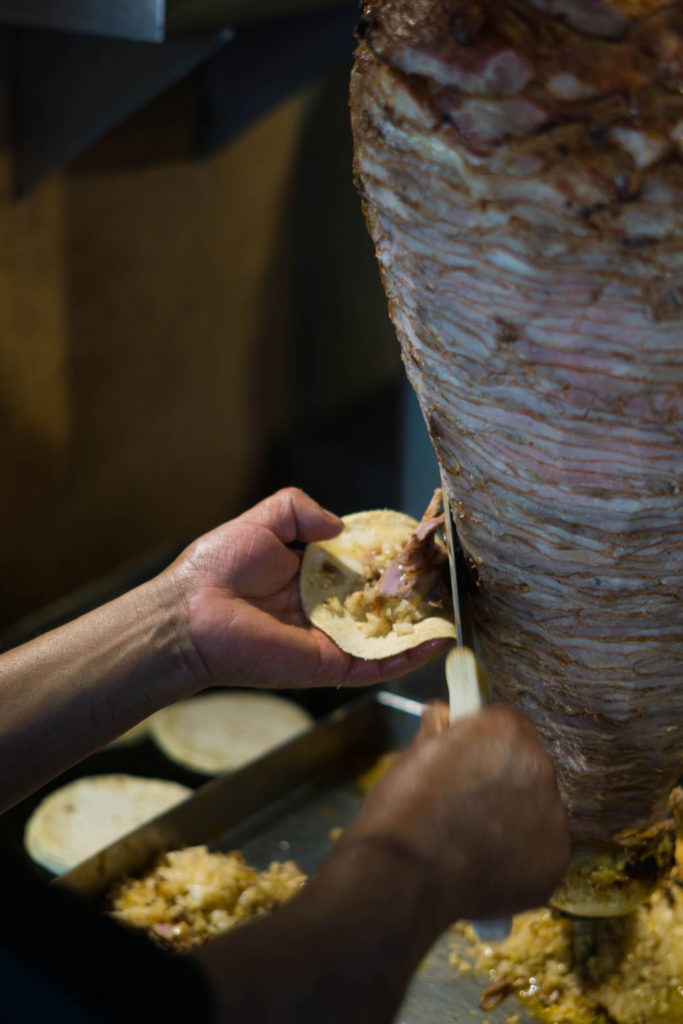 If you visit one of El Huequito’s newer locations, like the one in Condesa neighborhood, you’ll experience a longer menu with classics such as the especial — a mountain of pastor topped with corn tortillas, onion and green salsa, so you can make your own tacos.

A couple tacos al pastor with an ice-cold agua de horchata is probably one of the best combinations that exists in Mexico City’s street food scene today.