The minute I step on whatever will transport me from one place to another, my mind swims through related food memories… and I just have to eat. So since I know I will have a craving for something other than a moist, soggy, chewy and never-ever crunchy baguette from the Amtrak train, and after being so spoiled with the food from El Chepe Train, I am packing my own Torta.

Torta (according to me…): A satisfying and delicious, self contained, easy to transport, edible package filled with tasty ingredients that just love to schmooze together.

I guess we owe a big part of the Torta to the French, since the bolillo or telera bread used to make them, is the Mexican adaptation of the French Baguette. Brought to Mexico City in the 1860s by Emperor Maximilian’s troupe of cooks, its use quickly spread out throughout the country. Maximilian ruled over Mexico’s very own, very last and very short-lived European Monarchy. Although it was unfortunate politically (he ended up executed for one thing…), it was blissful in a culinary sense.

When it comes to Tortas, I have eaten a fair share of variations. There are outstanding long established Torta stands and shops where I grew up, each with a peculiar signature twist. Moreover, my father is famous in our food-centered family for making blow-your-mind-away ones (his favorite has sardines, Mexican avocado, white onion and pickled Jalapeños).

But I think the best Torta I ever had (sorry Papi…) was in the state of Michoacán at the home of Diana Kennedy. Aside from an outstanding Torta maker, she is also one of the most respected authorities in Mexican cooking, and a woman whose books I have happily swallowed whole.

I ate Diana’s Torta almost ten years ago, when I was a production assistant for a PBS cooking series based in Texas. I traveled with the production team to different locations in Mexico, as each show focused on the foods of a specific region. There was of course one show about Diana and the food from Michoacán, her beloved and adopted home. She prepared many dishes to feature on the show and by the time lunch came, she assembled a Torta for each of the by then desperately famished members of the crew.

It tasted like a little piece of Michoacano heaven.

The bread, if freshly baked that day, doesn’t need to be toasted. Most of the ingredients Diana used were brought from the nearby Pueblo that morning, including the fresh cheese and the farm style ham. She had homemade refried beans and pickled Jalapeños which I think were the biggest treat of it all. 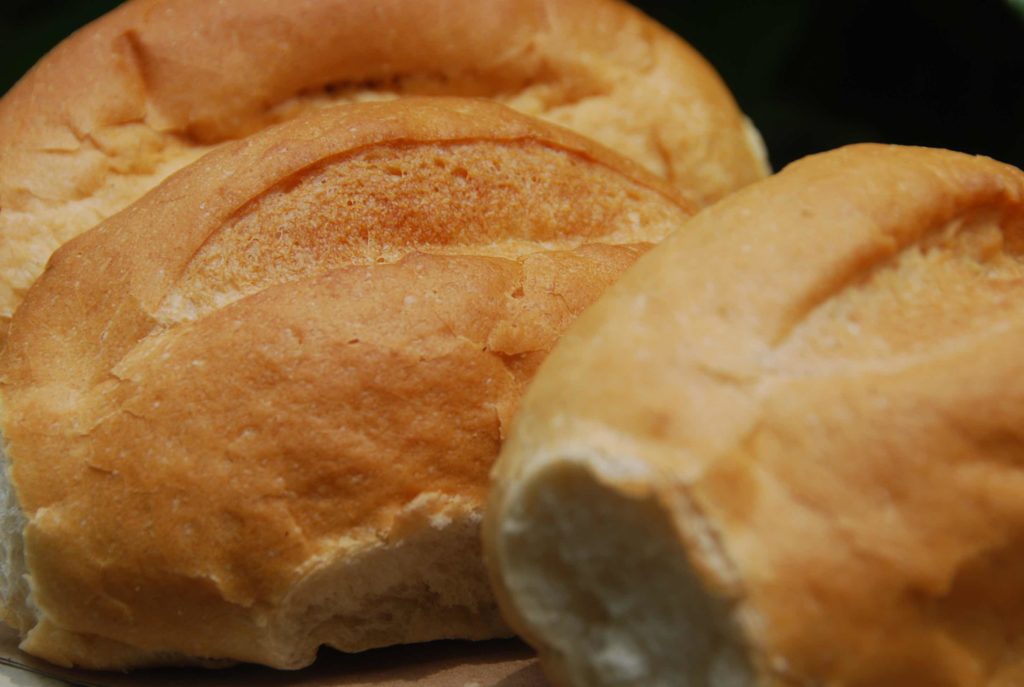 Here is how I assembled mine for today, in memory of Diana’s:

I sliced the bolillos in half, but since I bought them yesterday I toasted them slightly. On one side I spread home made pinto refried beans (I had leftover from sopes I made last night). On the other side, some fork smashed slices of avocado. Then went a layer of queso fresco or fresh cheese and one of smoked turkey (what could be found in my refrigerator), slices of tomato, onion, a very generous spoonful of Mexican style cream and a layer of homemade pickled Jalapeños, so packed, it seemed like a Torta wallpaper.

Right before adding the top half, I sprinkled a bit of salt, a habit I got from my father. It seems to help the flavors from all the ingredients shine through.

NOTE: For the bread you can use bolillo, telera, Portuguese rolls or small baguettes. the refried beans as well as the pickled Jalapeños can be homemade or there are excellent brands of already made ones at the stores.

13comments inI am packing my own Torta…