The molcajete is a cooking tool that although not absolutely necessary this day in age, it does have its uses, benefits and looks. Mexico’s version of the mortar and pestle (the pestle being called tejolote) it has been used for thousands of years to pound, smash, grind and mix ingredients such as herbs, spices and chiles, create rubs, pastes and sauces.

It is traditionally made of basalt volcanic rock, which is very porous and rough and it makes it very heavy. There are however, newer versions of lighter material, that I am not so fond off. When new, there are many takes of how to “cure” them, so they can begin to be used. Some people grind white rice, while others grind peeled garlic cloves.  I like to do both. So just take either one or the other, or both, and grind them with the pestle. Then just wash with a soapy sponge and rinse under cold water.

They are sometimes carved in the shape of an animal, most typically pigs, which can look friendly or quite scary. 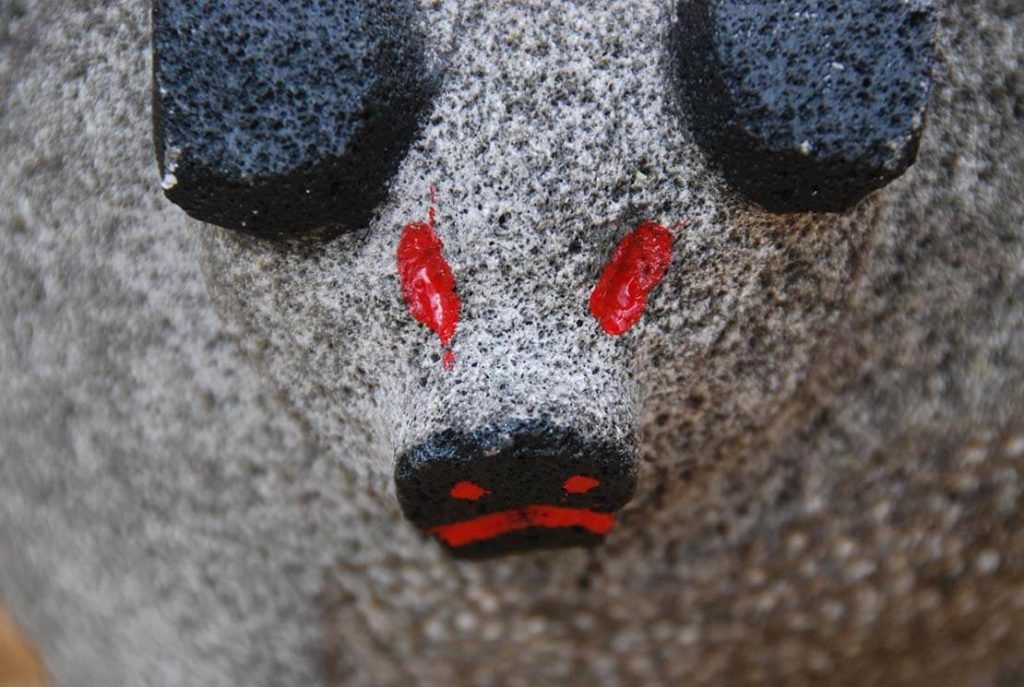 A wonderful thing about molcajetes, is that since they are so porous they have a remarkable memory. They store within them, the essences, oils, smells and flavors of all that has been served or made in them. Maybe that’s why it is said that molcajetes season with time and use. Maybe that’s also why it is said that making a sauce or rub or paste in a molcajete makes it taste better…

While it is not an essential cooking tool in most homes, some people are adamant about their use for Mexican food, as it does make a difference in taste. Also, it is used as a serving dish for salsas and guacamoles both in homes and restaurants as well as hot sauces and dishes because it keeps food warm for a long time.