From one day to the next, heirloom corn became a strong topic of conversation in Mexico. However, heirloom corn varieties have been a cornerstone of Mexican cuisine.

Chefs in Mexico City, Enrique Olvera included, have been using heirloom corn in their restaurants for years to make fresh tortillas, tamales, gorditas, or other antojitos that are made after the nixtamalized corn is turned into masa. Personalities like Olvera are aware of the importance of communicating the use of non-modified, non-GMO, pure, heirloom corn to Mexicans and the world. 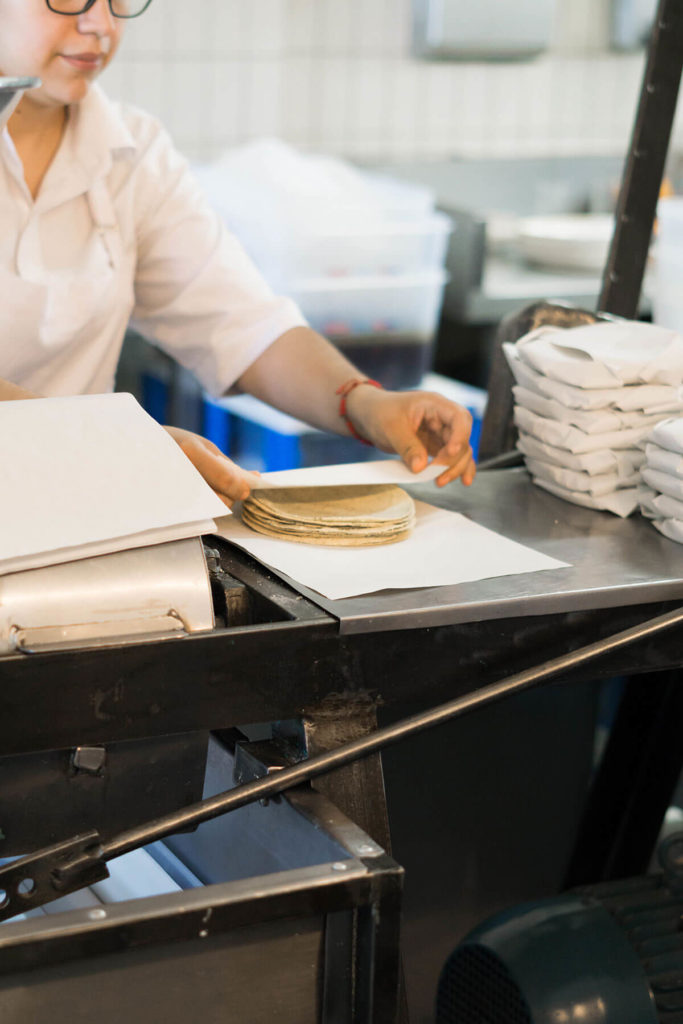 At the end of April, Molino “El Pujol” was born. A small tortilla shop in the Condesa neighborhood run by Enrique and his team, whose main restaurant Pujol is on San Pellegrino’s list of the 50 best restaurants in the world.

The team behind Molino has gotten very creative and built up a small menu that ranges from an avocado taco wrapped in an acuyo leaf, to the more complex corn cob smothered with chicatana ant, coffee and costeño chile mayo, to a cold glass of corn water to wash it all down. Molino is a sophisticated tortilleria, indeed. 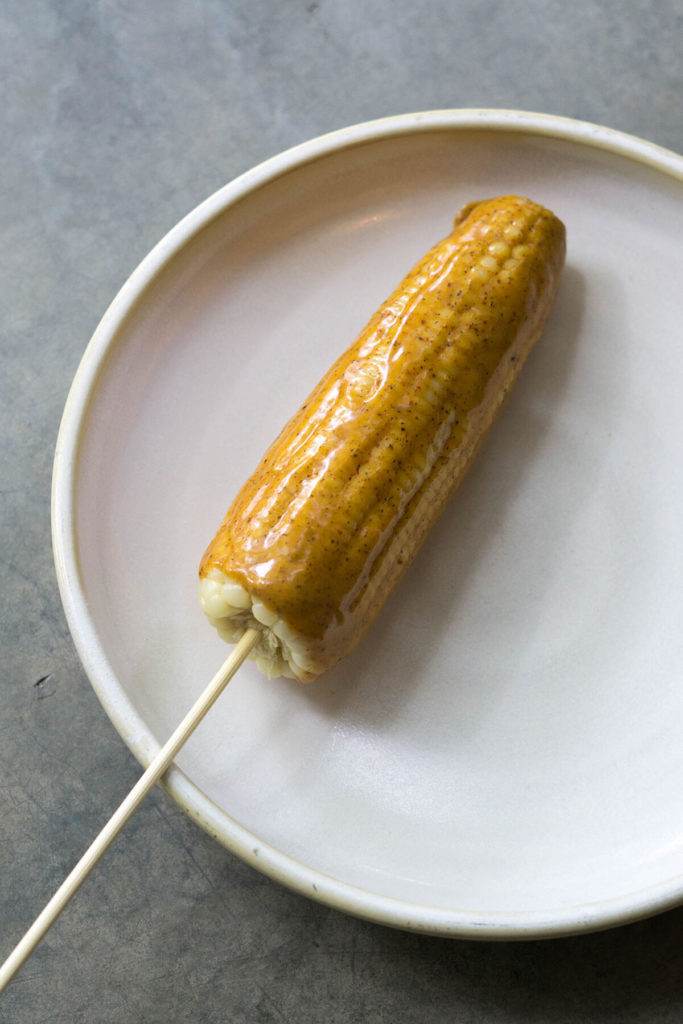 The place itself is simple, yet impressive. As you walk in, on the right, you’ll find a large corn mill and baskets of different heirloom corn varieties for sale. On the left, there is a small 6-seat counter with illustrations by Hilda Palafox, a well known Mexican artist and illustrator. At the end of the counter, you’ll see a refrigerator with fresh salsas and Mexican craft beer. 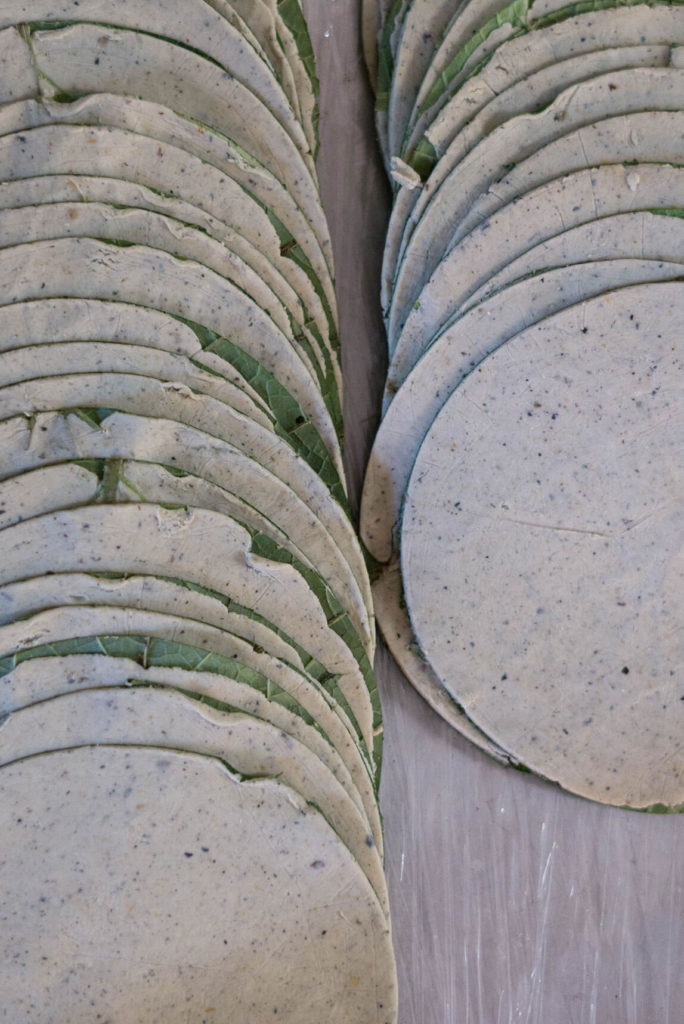