This year I promised my boys we would plant goodies in the backyard to harvest ourselves. At the nursery, jumping up and down as in a candy shop, they dragged so many plants to the counter, I had to give an absolute NO to half of them.

We ended up with thyme, oregano, bay leaves, rosemary, mint, parsley, and cilantro.  Ok, and tomatoes, cherry and roma. Fine… corn too, don’t know what I was thinking. And wait! We couldn’t leave without jalapeños, which led me to run for some tomatillos. And scallions. I stopped there. I did.

Then Sami came back with a little watermelon plant.  That was the wildest idea, oh, that monster of mine. We’ve no room to grow watermelon. I told him about the big wide fields in Northern Mexico, in states like Sonora, Chihuahua, Jalisco and Sinaloa where watermelon is grown extensively. Our backyard is… not so big. 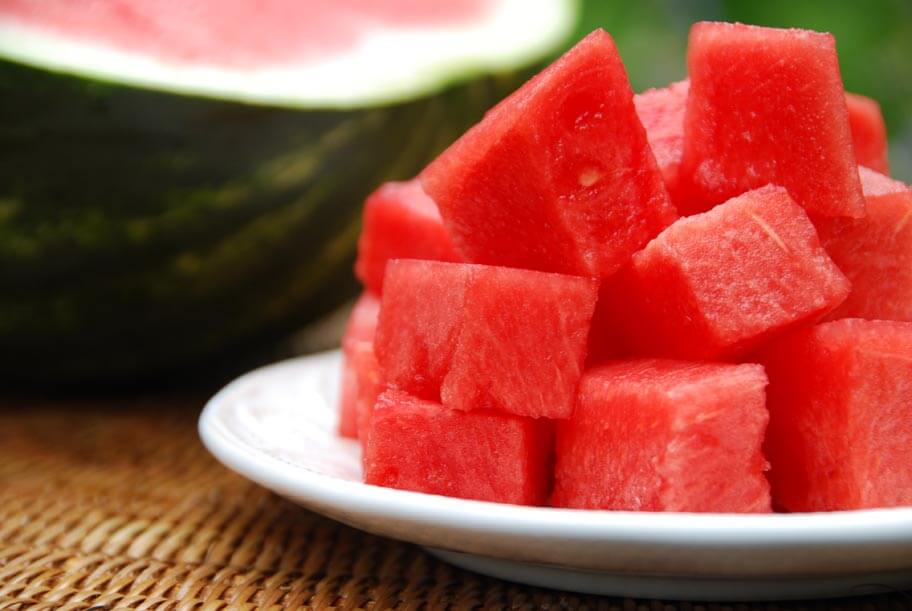 As the weeks went by, we saw many of the plants thrive, except the watermelon which seemed to take an awful long time to  grow. Then one day the editors from Babble asked me for a custom recipe. By then, I was eagerly thinking about what would make the sweet, watery crunch from that soon to grow watermelon shine the most.

This is what I came up with… 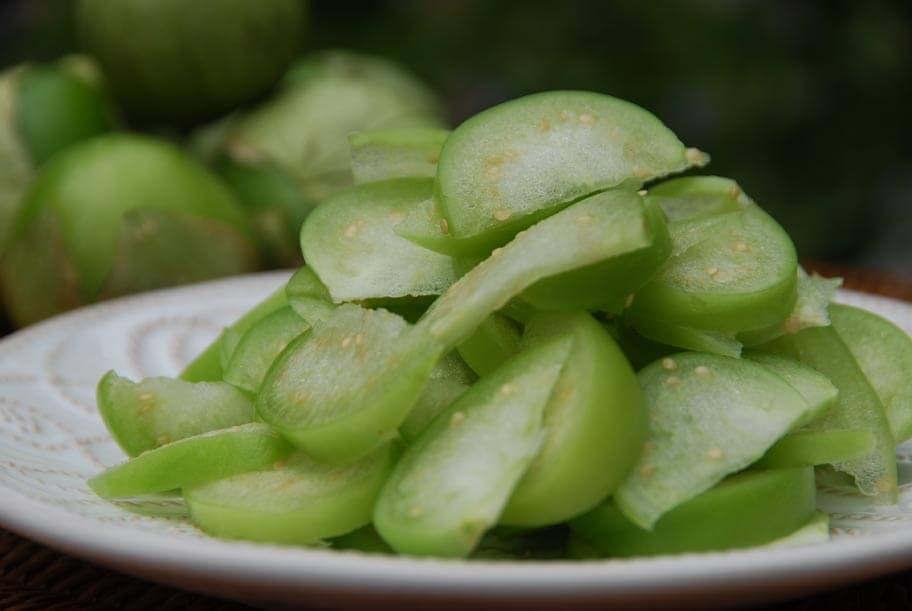 Thinly sliced, raw, punchy and tart tomatillos. Much firmer than the watermelon, and just look at the color contrast. Not to say about the flavor combination.

To coat this unconventional pairing, I wanted a vinaigrette with some some gentle heat. I got it from the jalapeños, which you will never have trouble finding in our backyard as Juju made markers for each plant… I am proud to say, the boy knows his Ñ’s. 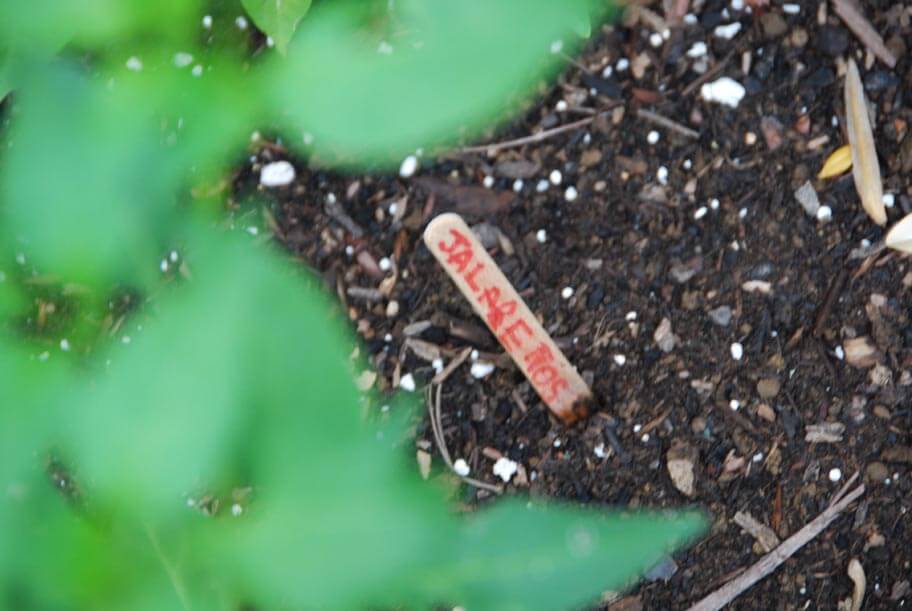 I coarsely chopped the chiles, as I like to feel their friendly bite. But you can give them a finer chop and even remove the seeds. 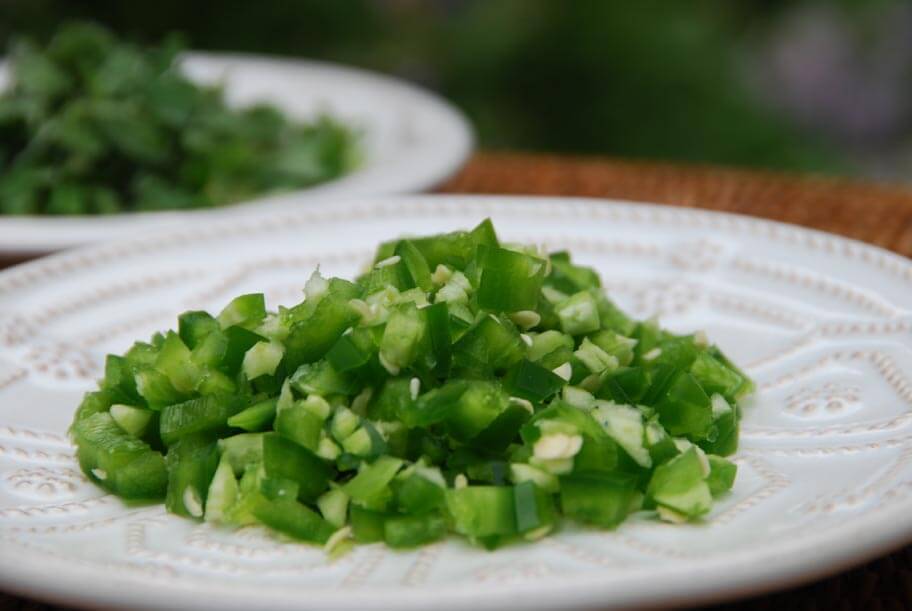 With the already unusual watermelon and tomatillo pairing, I went unusual again, and added some chopped fresh mint.

Mint  has been growing wild here, as all mint tends to… Although we planted ours in the ground while still in their protective pots, to keep them in check. It doesn’t seem to give a hoot. Its wild. 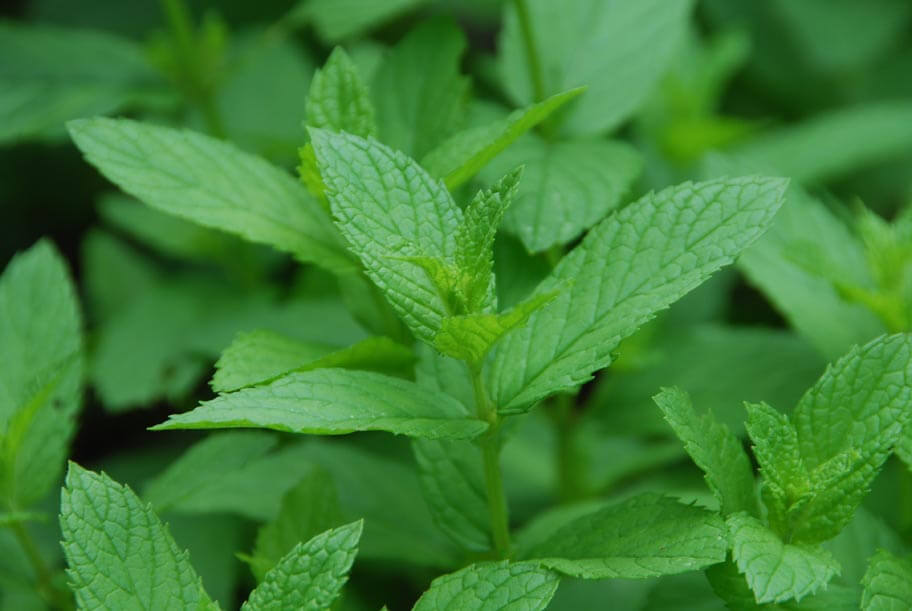 Soaked the jalapeño and the mint with fresh squeezed lime juice, a bit of straight forward white distilled vinegar which makes everything it coats more crisp, the oils and salt… Gave it a bit of time, 5 to 10 minutes, to sit and get acquainted. 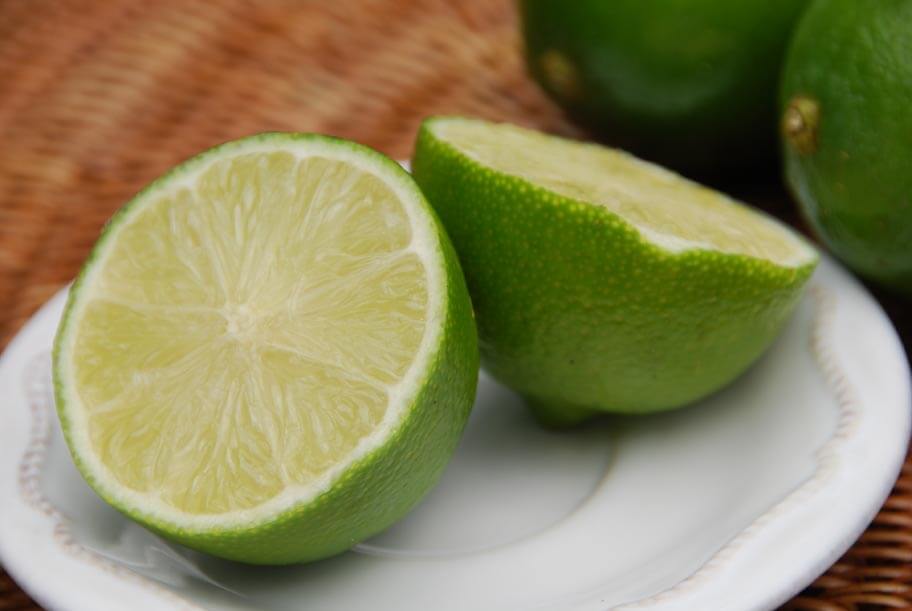 Poured the vinaigrette over the red and green. Yet not only was the salad screaming for some white (partly to round the colors of the Mexican flag, for one thing…) but also for some salty taste with some heartiness to it. Hence the Feta Cheese. Now you can go for anything tangy, salty and crumbly: queso fresco or farmers’ cheese works well too. 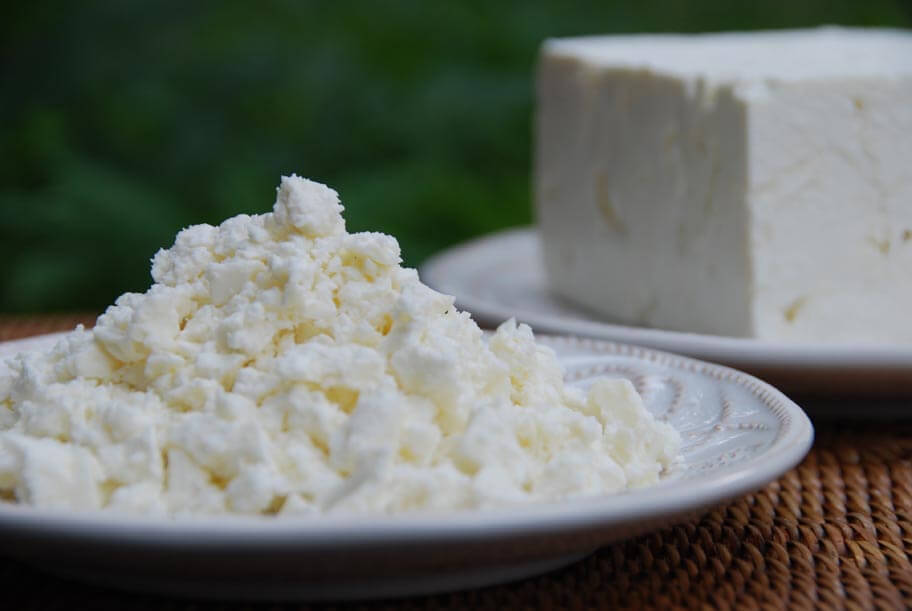 While we had the chance to harvest and eat the jalapeño, mint and tomatillos from our backyard, that watermelon never came to be… some bunnies got to it before we did.

But just day dreaming about it made me come up with one of my favorite recipes. It is so bright, so alive, so peppy and so summery!

Luckily there are plenty of amazing watermelons at the stores… we will have to give it another go next summer to harvest our own. 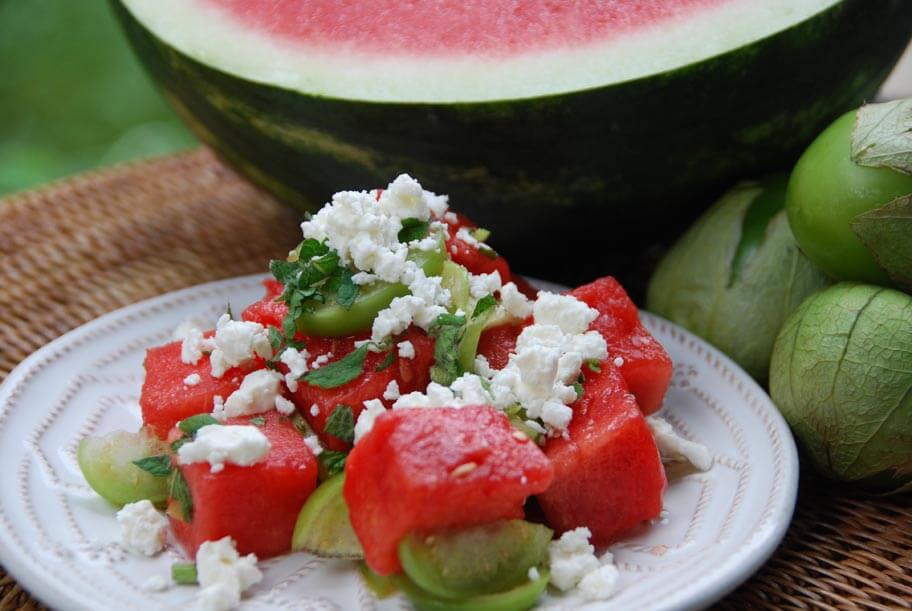 Meanwhile I can’t help but repeat this salad that hits all the taste buds!  Sweet from the watermelon, salty from the cheese, spicy from the chile, tart from the lime and tomatillos and refreshing from the mint. Oh, you just have to give it a try…

To Die For Ceviche

My present career began with ceviche. After years as an academic, with two degrees and many policy research papers under…