It doesn’t matter if I am hungry. The mere site of a street food corn stand makes me stop dead in my tracks and zoom over for one. Like a wild woman. I need one. Well, the truth is one is not enough, ever.

In Mexico you find corn stands all over, in little towns and big cities. Locals know what day of the week and at what times they show up. If you are not from there, it takes a while to figure it out. 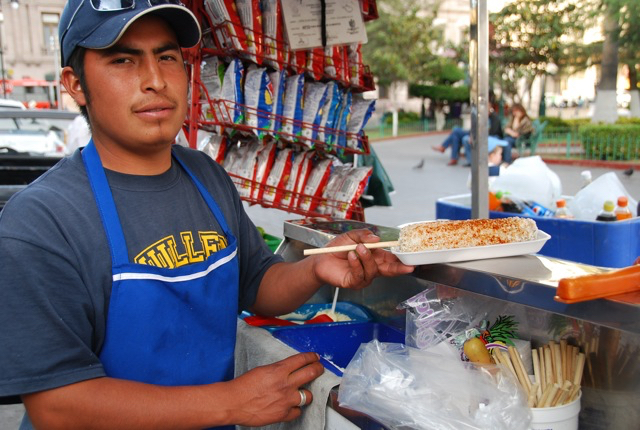 Last time we went to Chihuahua, after asking around for a while, we found the 3 Hermanos cart with Mauro in charge.

And does that man know how to dress that corn! He spoiled me and added an extra squeeze of lime juice. 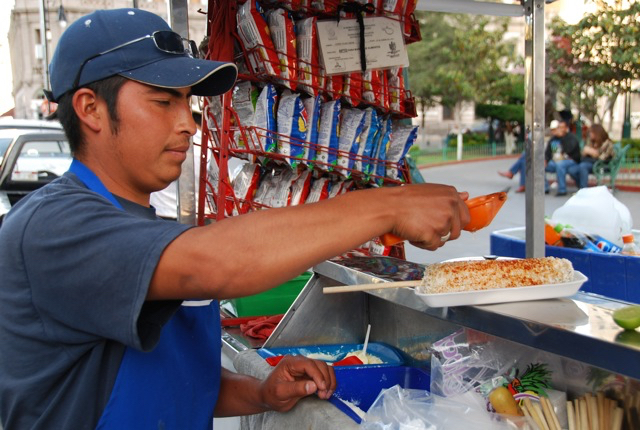 Corn can be simmered in water, many times with fresh Epazote. Or it can be grilled on a griddle or comal. If the kernels are shaved off, then the dish is called Esquites. But the traditional trimmings are the same for all.

Yet, some people can get even wilder… You won’t believe this, when Mauro was dressing our corn, a pregnant lady asked for her Esquites with all the trimmings to be poured inside a bag of Doritos. Yes she did. But if you ask me, about to have a baby, she was entitled to whatever kind of craving she felt like… 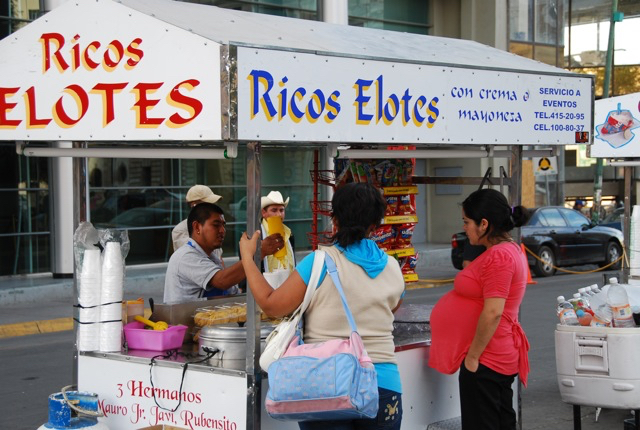 Last week, thinking of the many things to do with summer corn for an appearance on the Today Show, I included Crazy Corn. But I opted for the grilled take, because as the corn chars, its natural sugar comes out and caramelizes, giving it an extra layer of rustic and sweet flavor. 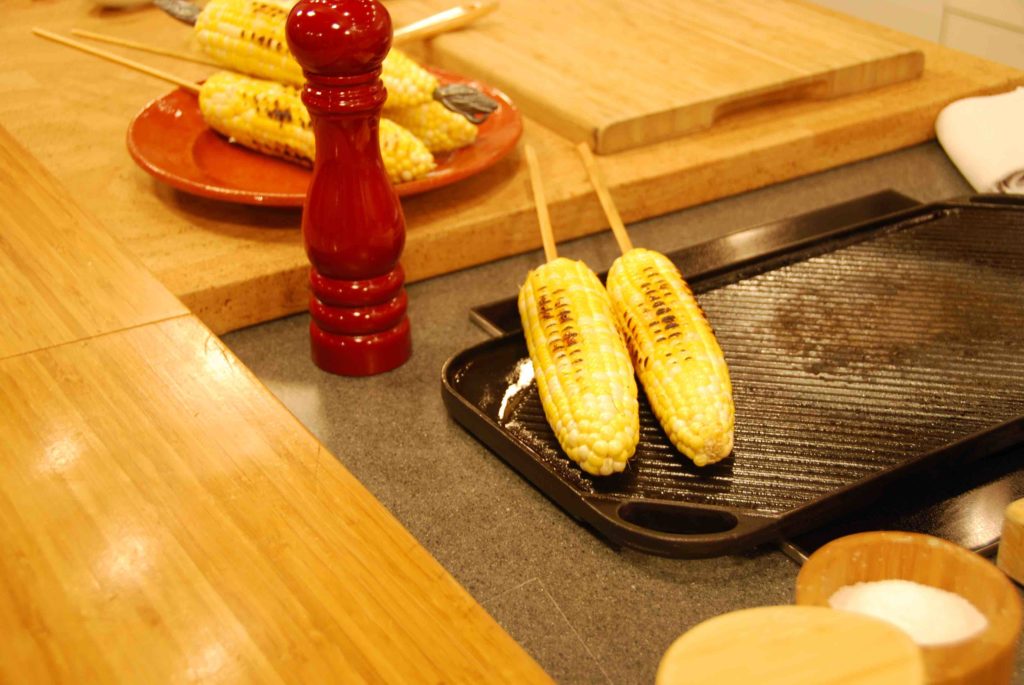 Thanks to the most professional, talented and fabulous food prep styling team, that of the Today Show, the Mexican street style corn that Mexicans love so much, looked so beautiful on the set. 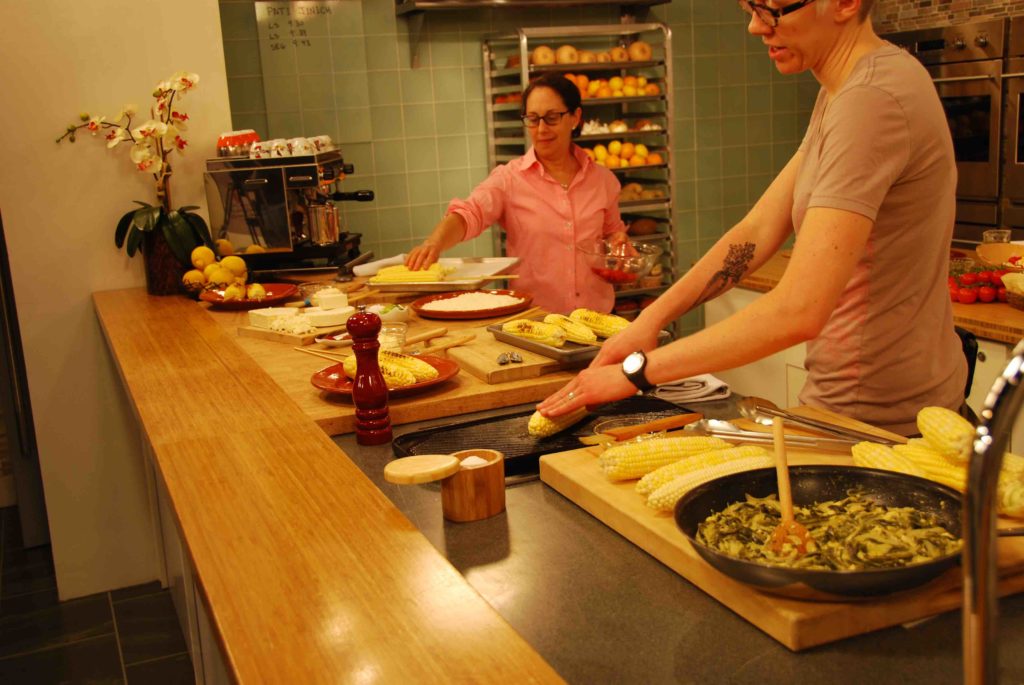 They had all the trimmings with alternatives and options. Different kinds of dried ground chiles: Ancho, Chipotle and a smoky mix. They also had the queso fresco and its seamless substitutes: Queso Cotija and its Mediterranean cousin, the Mild Feta. 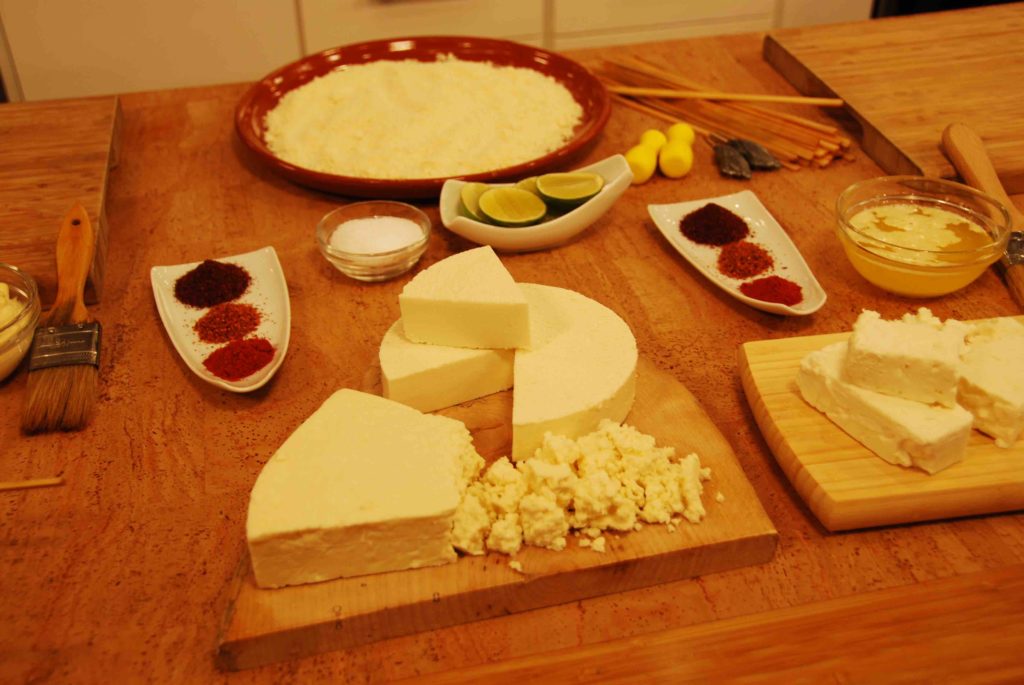 Crazy Corn is Mexican street food at its best, and it happens to be perfect for summer barbecues. 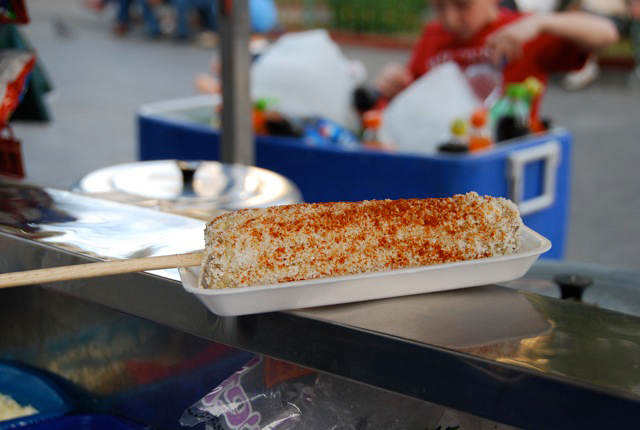 Here goes one for you! Messy goodness, conveniently placed on a stick ready for you to munch on.

Eat your Tacos de Lengua, or else I will

When it comes to eating meat, Mexico goes from nose to tail. From menudo to pancita, and from tostadas de…