Tres Leches is a classic. But a classic from where, you may ask?

You can go on and on…

It would seem that each and every single Latin American country claims the Tres Leches Cake as its very own. Not only does everyone absolutely love it, it is also a dessert that is deeply ingrained in that nation’s gastronomy and culture.

From here or from there, it is that much adored.

No matter where you are in Latin America, or which country you or your family came from, the traditional way to make a Tres Leches Cake is to make a sturdy sponge cake and then completely bathe it in a tres leches sauce. The three milks in the sauce are the fresh tasting regular milk, the lightly savory evaporated milk and the charmingly sweet sweetened condensed milk.

As the decades have gone by, many other variations have appeared in attempts to dress up and reinvent this classic. With cajeta or dulce de leche, different kinds of nuts, coconut, spiked with rum, exotic fruits, coffee… to name some. Indeed, the cake lends itself to be played with: it is basic, it is easy, and it can be easily transformed.

At home, we absolutely adore chocolate.  And, since my boys have a hard time making up their minds as to when to make the Tres Leches Cake vanilla and when to make it chocolate, one day I decided to go marbled. That was it: we rarely go back.

In my marbled version, the vanilla cake has fudgy chocolate swirls that go wild when soaked in the tres leches sauce. I garnish with copious amounts of grated Mexican chocolate all over the top and a sprinkle of ground canela.

If you want to make it even more decadent, grab some cajeta or dulce de deche and drizzle liberally over the top.

p.s. To boot, the Tres Leches Cake can be made ahead of time, it gets better and better as it soaks and chills bathed in the sauce. It is also perfect to bring along. 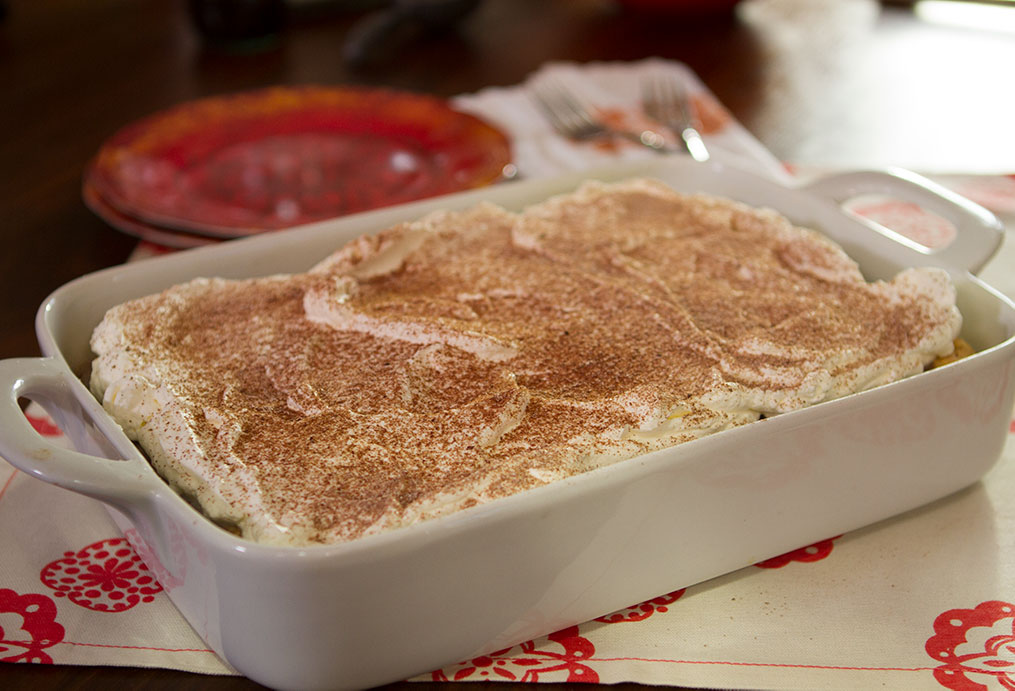 For the whipped cream topping:

To make the cake:

To make the sauce:

To make the whipped cream:

Some Latin foods don’t need translating anymore. That is the case of churros. Crisp and golden on the outside, soft…