The three-time James Beard award-winning and Emmy nominated TV series “Pati’s Mexican Table” brings authentic Mexican flavors, colors, textures and warmth into your home. Pati Jinich is a former policy analyst, focused on Latin American politics and history, turned chef, cookbook author, and TV host whose true passion lies in sharing the tastes of her childhood and culinary adventures in her native country. In each episode, Pati embarks upon an exciting and entertaining journey, where each dish serves as a point of departure into Mexico’s rich history and culture, Pati’s personal experiences, her family life, and her ongoing conversations with cooks in both Mexico and the US. 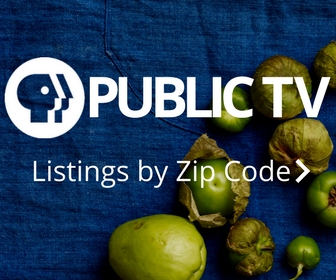 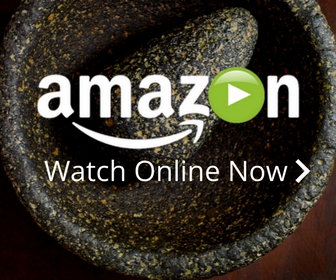 In this season of “Pati’s Mexican Table,” Pati explores one of Mexico’s largest states — Sonora. Her adventure takes her through the rugged, stunning views of the Sonoran desert to the sparkling and bountiful Sea of Cortez. She meets the inspiring and creative cooks and chefs behind Sonora’s incredibly bold cuisine along the way. Here in Mexico’s great wide-open northern territory of cattle ranches, wheat fields, and miles and miles of untouched beaches, Sonorans share a deep appreciation for the land and what it provides. Pati goes fishing for giant scallops, gets a taste of cowboy life on a Sonoran ranch, spends a day in the exciting and diverse capital city of Hermosillo, and enjoys classic Sonoran staples like flour tortillas, carne asada, coyotas, and shellfish pulled straight from the sea.

Sonorans like to say they’re Mexico’s best-kept secret. Join Pati as she shares their secret with the world, bite by delicious, surprising incredible bite.

Season 8 transports us to a region of Mexico largely unseen by the outside world. Stretching along northern Mexico’s west coast — from the majestic Sierra Madre mountain range, to the small towns sprinkled along the beaches of the Pacific, and through fertile farmland between natural rivers and man-made dams, Pati crisscrosses the state of Sinaloa, considered Mexico’s breadbasket. Exploring by road, by sea, by train, by foot, and even by mule, she learns why the people of Sinaloa are so proud of their regional cuisine, traditional sourcing and cooking techniques, and unique ingredients.

Season 7 takes us to the Baja California Peninsula — a place with a unique history and a regional cuisine in the making. Pati embarks on the ultimate road trip from the quintessential border town of Tijuana to the crashing waves at the tip of Cabo San Lucas. Pati explains the legends, history, and uses of ingredients and dishes unique to the region — deep sea fishing, the boom in Mexican wines and olive oil, the brewing modern culinary takes, and the irresistible street food. Back home, Pati takes all the lessons learned and the inspiration to show us how to create easy, accessible Baja-inspired menus.

Pati goes to one the most traveled and talked about regions in all of Mexico, the vibrant and beautiful state of Oaxaca. Oaxaca is known as of one of Mexico’s top culinary destinations, and Pati is going on an in-depth tour, tasting everything from chocolates to cheeses, to moles and mezcal, and exploring the very best of what Oaxaca has to offer. Back in her home kitchen, those adventures become the inspiration for simple, family-friendly recipes to delight her friends and, of course, her three growing boys who always show up in the kitchen hungry.

Pati sets out to explore the Maya world in the Yucatan Peninsula, embarking on a road trip spanning three states, Campeche, Yucatan and Quintana Roo. She meets local producers, growers and chefs to learn about the unique cuisine of the region. From visiting remote fishermen’s villages, to historic haciendas, to bustling markets and pre-Hispanic ruins and underground cenotes, Season 5 goes deeper than ever before. Pati brings her lessons learned and experiences back to her kitchen, where she gives us a one-on-one lesson in how to make all of these dishes our very own.

Season 4 debuts with four full episodes filmed entirely in Mexico. We travel along with Pati and her family as they visit one of Mexico’s most beautiful and delicious destinations, San Miguel de Allende in the state of Guanajuato. We try to keep up with Pati as she explores the hottest restaurants, taco stands, markets, vineyards, and meets some of the local purveyors – everything that makes this one of Mexico’s best food cities. Then, in the kitchen, she’ll use inspiration from her trip to turn out more of the mouthwatering and uncomplicated recipes she has become so well known for.

Pati brings us along as she reconnects with her father in his restaurant in downtown Mexico City and her oldest sister in the restaurant she runs in another area of Mexico City. She also travels to the state of Michoacan, where she eats her way through Quiroga, “the Carnitas Capital of the World,” meets Butterfly Net Fishermen in Patzcuaro, visits women chefs in their restaurants in the state’s capital, Morelia, and more. Plus, she lets us in on more of her day-to-day home life with regular appearances by her family and friends.

The season opens with Pati in a Lucha Libre (Mexican wrestling) ring, launching into a premier episode on dishes that have provoked food debates over the years, such as “red vs. green enchilada sauce” or “polvorones vs. Mexican wedding cookies.” This begins a season where Pati takes a much deeper look into the nuances of Mexican cuisine. Her main destination is the state of Puebla, one of Mexico’s main culinary hubs. A journey through its colonial capital takes us to the birthplace of many of Mexico’s most iconic dishes. Pati also goes back to Mexico City to visit the legendary floating gardens of Xochimilco, which leads to learning about the Mexican art of cooking with flowers. This season also welcomes a select group of special guests, including superstars of both modern and traditional Mexican cuisine.

Pati introduces us to the Mexican experience. Each episode finds Pati in her home kitchen preparing a series of dishes centered on a singular Mexican trait, for example using versatile ingredients like avocado, tomatillos and vanilla in a variety of ways, or different takes on crowd-pleasing dishes such as quesadillas and wrapped foods, or exploring the foods of the Mexican Revolution and dishes created in convents. In between, she visits street-food vendors, open-air markets, and cultural landmarks in her childhood hometown of Mexico City. As she cooks, she not only shares important cooking skills, techniques and basics about the ingredients, but also personal family stories, traditions and legends behind the food.

Pati’s Mexican Table airs internationally in more than 20 countries. Look for it abroad on these networks:

Thanks to our Sponsors, Partners & Affiliates for their support: